Hi Jeffrey, I got to watch Don’t Look Back and I am so happy I am getting this chance to talk to you. I grew up watching horror movies. (I didn’t want to ramble but I had to tell him.) Don’t Look Back was so good and I love horror movies. Final Destination is one of my favorites. You are one of my favorite writers. Horror movies have sort of been an escape for me. From the real horrible stuff in my real life. Maybe, that sounds crazy. I think horror films hit you differently.

Jeffrey – Absolutely, I grew up in a really racist part of the country. I think horror movies were an escape for me and dealing with some other issues as well. When I talk to people and they say, “why do you think people really like these films?” I said because I think it gives people a safe way to escape the stuff that’s going on in real life, in a safe way where they’re in control of it. Either in a theater with people, or at home? I try to deal with themes in all my films but a lot of times they cut the plot out, to get to the gore and the blood. That’s what I love about the genre. You can tell different stories about different themes and ideas that people can all relate to. Being in situations like, not helping people. We see that a lot today with people or just videotaping things and putting them online and not helping. It gives you a way to deal with it.

I thought that was such a powerful message and you do see this a lot. There can be something so horrific happen and the phones come out. I don’t always understand people. I understand people but, the hate and even videotaping, I get that to an extent to show what happened but get help and then videotape or videotape while trying to help.

Jeffrey- I understand a lot of people a lot of the time. It’s interesting when you direct something for the first time you learn a lot. There’s a part of me now that wishes I would have spent more time getting into the “why.” I already kind of get the excuses you know, about why they didn’t help. That’s the one part I would have liked to dig a little deeper. I wanted to figure out, is it supernatural, is the killer real? I really wanted to keep the focus on Caitlin’s journey trying to uncover this mystery.

I loved Kourtney Bell’s performance. She did a great job playing Caitlin. How did you get your cast prepared for these roles?

Jeffrey- I was very fortunate to get a good cast together. I’m so happy with Kourtney, aside from her being a wonderful actress. As a writer of color and a director of color. I’ve been pushing so hard to get a lead actress or actor of color and they just don’t do it. One of my conditions with the producer was that I got to cast who I wanted, within reason of course. If I said I wanted to cast my sister, they wouldn’t have let me do that. I saw Kourtney’s stuff online and I said, she’s got what I’m looking for. This is her first leading role but she has a theatre background. I had qualities that I was looking for in each character. With Kourtney, she has to able to run a gamut of emotions, in a way that you believe her. She had a notebook filled with backstory ideas. I’m very collaborative as well. I went out to lunch with all of them individually and talked to everyone onset. It was fun working with them and I have a theatre background too so I’m used to working with actors.

I know that you have written and directed before. Do you think it’s easier to write and direct or do you feel it’s more challenging? Do you sort of see everything coming to fruition?

Jeffrey- I think it’s easier for me because when I’m writing something, I visualize the movie in my head. This is my first feature. It wasn’t until I directed a feature that I realized its always a learning experience. Budget, location, and all of that stuff comes into play.

Did you always know that this is what you wanted to do?

Jeffrey- When I started off, I wanted to be a movie star. I joked because my big dream when I was a teenager, I was like, I want to be the first biracial kid in Teen Beat magazine. I studied theatre and we don’t realize how far the industry hasn’t come or has come in a short time. I started acting in the early nineties in New York. The casting agents were like, well you’re kind of like an ethnic Michael J. Fox, you’re kind of like an ethnic “boy next door.” Right now, unless you can rap or play basketball, we don’t know what to do with you. The acting opportunities were small. That’s when I decided that, I love writing so let me focus on the writing. I always knew that I would work in the entertainment industry.

What do you want to say to everyone that will be watching Don’t Look Back?

Jeffrey- I want people to pause for a minute and think about other people, and what they’re going through. I don’t want to spoil twist or anything like that but I want people to kind of leave this movie going, oh things aren’t always what we think they are. You know what I’m talking about but, I don’t want to spoil anything. Think about having more empathy for people and just because we see a quick glimpse of something on television, that doesn’t mean we know the whole story.

Jeffrey- I’m really excited, this is a change of pace. I’m working on two animated cartoons for Netflix. One of them is yet to be announced but it’s based off of a book. I can’t wait until they announce it. The other one I’m working on is Samaria Rabbit: The Usagi Chronicles. It’s a spinoff of the Usagi Yojimbo cartoon. So, its really fun. I’ve had so much fun working with the teams on both of those. I have a couple of other projects. I produced a movie called, The Call, which comes out next month. (written by: Patrick Stibbs and directed by Timothy Woodward Jr.)  with Lin Shaye and Tobin Bell. I am pitching projects and taking care of myself and stay as sane as possible.

What can you say about the incredible special effects/make-up in Don’t Look Back? You see little details and you can tell you put heart and soul in this film.

I think it makes a difference with practical effects versus CGI. You guys did a great job.

It was such an honor to talk to you Jeffrey. Thank you so much. Don’t Look Back was such a great movie. It was fun to watch. You are one of my all-time favorite writers.

Jeffrey- Thank you so much. That means a lot to me. I’m glad to hear that it spoke to you. Thank you. 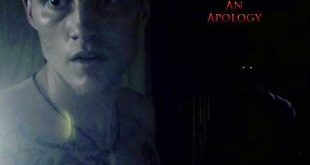 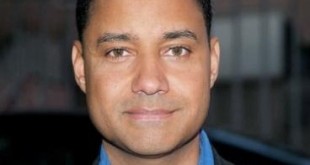