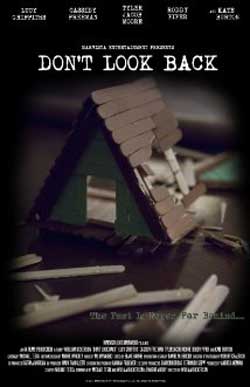 Nora Clark is a children’s book writer whose life is at a crossroads. After moving back into the house she inherited from her grandmother, Nora comes to grips with the traumatic memories from her childhood, and takes in an inquisitive, seductive new roommate, Peyton, who is not entirely whom she appears to be.

On the face of it, Don’t Look Back feels like a throwback to those thrillers of 90s. Films like Single White Female, Fatal Attraction and The Hand that Rocks the Cradle, where our protagonists have their lives upturned and shook about in a storm of hellfire, usually personified as a psychotic, white woman. This time around, the victim is Nora; a successful author of children’s books, played by Lucy Griffiths (True Blood), returning to her hometown after inheriting her Grandmother’s house. Suffocating under the weight of writer’s block and feeling isolated, she impulsively takes in a lodger in the form of Peyton, a bubbly free spirit played by Smallville’s Cassidy Freeman. 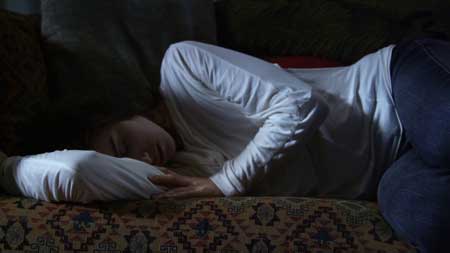 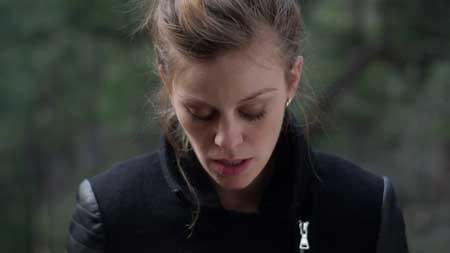 Equally overzealous is Peyton’s motherly instinct which blossoms into murderous rage whenever her sweet precious Nora comes under threat. If this was happening to you in normal circumstances, you would be packing her stuff up and pushing her out of the door, whilst promising to transfer her deposit just as soon as the bank opens in the morning. However, Nora isn’t really into the whole real life deal. Buried deep in the fictional world she’s created in her novels, she’s as wide eyed and naïve as Bambi looking for his mother after he’s heard a gun go off. Obviously this is to contract with Payton’s in-yer-face, can do attitude. However, the stark dichotomy between their personalities becomes overbearing. Their personalities are so one dimensional, it’s hard to take any more seriously than a movie of the week type affair. 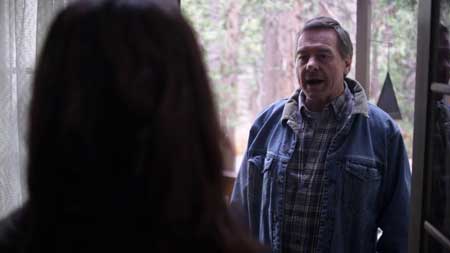 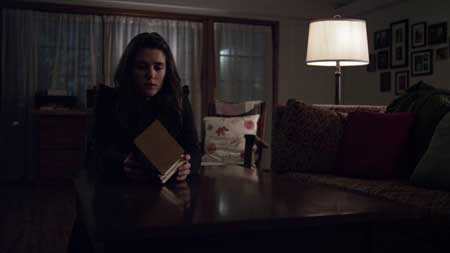 Not that Griffiths or Freeman are to blame. In fact, both actors are competent and clearly doing the best with what they’ve been given. Freeman steals most of the scenes with a performance that acknowledges we’re in soap opera territory. And what of their co-stars? Well, for a start, there’s professional wrestler, actor and podcaster ‘Rowdy’ Roddy Piper. You see in Don’t Look Back Now, for reasons I can’t explain Mr Piper has a cameo as the predatory boyfriend of Nora’s deceased Grandmother. His wandering hands having led Nora to seek professional help as she got older. So if you would like to see a wrestling champion make eyes like a horny gibbon to a women a third his age, then Don’t Look Back is for you. Otherwise, I recommend just watching They Live. You know where you stand with John Nada. 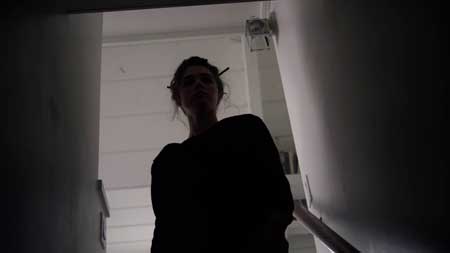 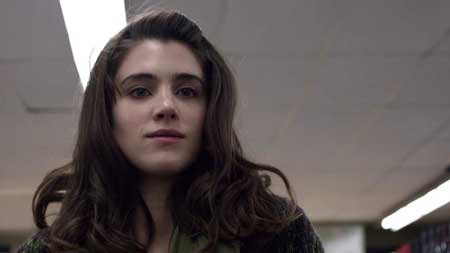 In its final moments, Don’t Look Back has an ending designed to pull the rug from under you; laughing all the while and maybe even making a comment about your mother. In order to achieve this successfully, or at least competently, a film should delicately scatter breadcrumb sized clues that nourish the audience along and keep them on side. If you’re cruising at the same level of subtlety as Don’t Look Back, then nuanced be damned and you don’t just leave a breadcrumb trail, you email a route from Google maps with a note that says, ‘This is what I’m going to surprise you with later.’ In addition, whilst I appreciate the sentiment, this kind of resolution has been done before by much better films than this. The novel Flatmate by John Wilson, which came to mind very soon after I started watching this, with its bombastic narrative does it better than this. And that’s the problem, Don’t Look Back brings nothing fresh or appetizing to the table. In the end, it picks at the buffet and minesweeps the drinks and takes credit for the homemade guacamole dip.