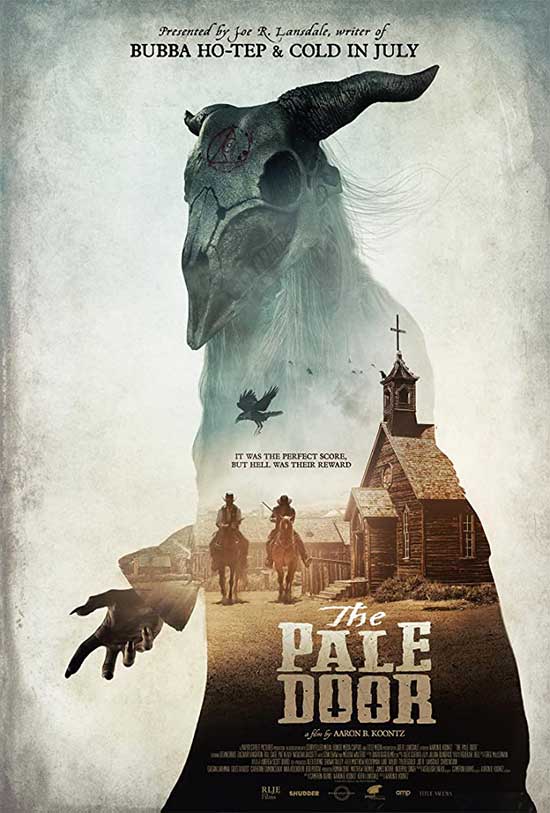 In THE PALE DOOR, the Dalton gang finds shelter in a seemingly uninhabited ghost town after a train robbery goes south. Seeking help for their wounded leader, they are surprised to stumble upon a welcoming brothel in the town’s square. But the beautiful women who greet them are actually a coven of witches with very sinister plans for the unsuspecting outlaws – and the battle between good and evil is just beginning.” 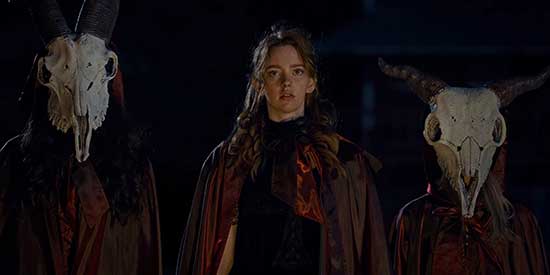 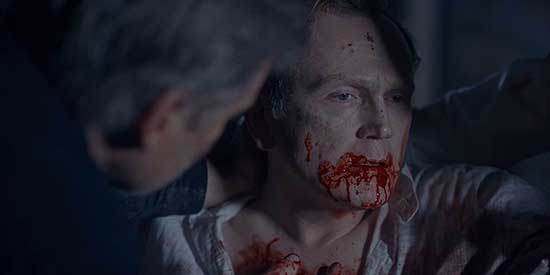 This cast is excellent. The film is exciting and fairly fast-paced from the beginning. There is a lot happening. Things go south quickly. The father Vernon (Jonny Mars) tells the boys to look after each other and Duncan (Jake Ryan Scott) and Young Jake (William Tate) take off out the window. The brothers are saved by Lester (Stan Shaw).

Both of their parents are gone and Jake (Devin Druid) and Duncan (Zachary Knighton) are older now. Duncan is wanted and his brother works in the brothel/bar/joint. Duncan has a train to rob and he loses a man. His baby brother wants to help. Wylie (Pat Healy) thinks it’s a good idea. Dodd (Bill Sage), Duncan, Wylie, Chief (James Whitecloud) all get ready for this train robbery. Brenda (Tina Parker) keeps the train passengers at bay and entertained. Dodd is a quick shot. They are looking for a safe and things don’t go as planned. There is a woman with a mask on inside a trunk.

Pearl (Natasha Bassett) is the young woman inside the trunk. Jake wants to help her and well, the others don’t want to help her. They were hoping for gold. There is a shootout and Duncan’s hit in the crossfire. The outlaws need a doctor now. Dodd is a little skeptical of Pearl, you can’t blame him. Pearl leads them to the ghost town and they meet Maria (Melora Walters). Pearl called her “mother.” The girls entertain the outlaws and Jake talks with Maria. Pearl shows Jake what happened to her and how she wound up where she is now. 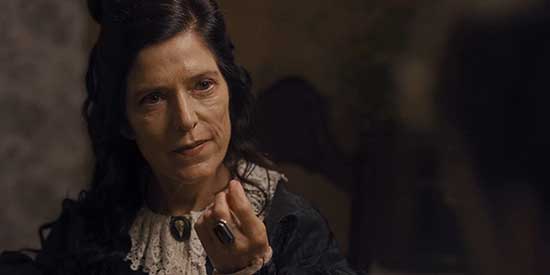 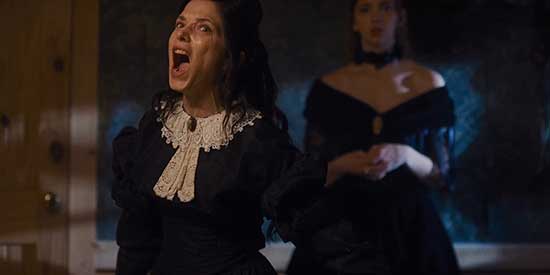 Cotton Mather (James Landry Hebert) who traveled from “the town of Salem” looking for Maria (Melora Walters is great as Maria) who was pregnant with Pearl (Natasha Bassett). Cotton wanted to burn her at the stake. Cotton finds her “guilty of witchcraft.” Women never had a chance, did they? These people stand around watching the man start her on fire. You could not think differently or do what society deems “normal.” It’s quite sad.

Well things get crazy. The women begin to turn into hags/witches with incredible special effects.  Maria wants Jake because is uncorrupted and innocent. The witches climbing the walls is a great effect. Lester shares some truth with Jake and why his parents died. Now it’s raining blood, Jake is having a vision. It gets wild. You need to watch it to find out what happens. 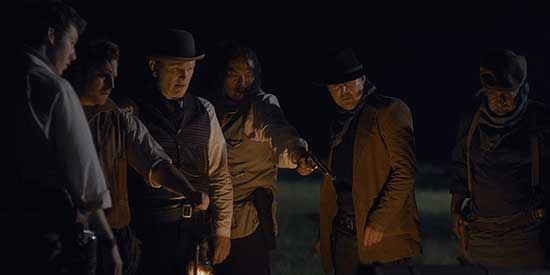 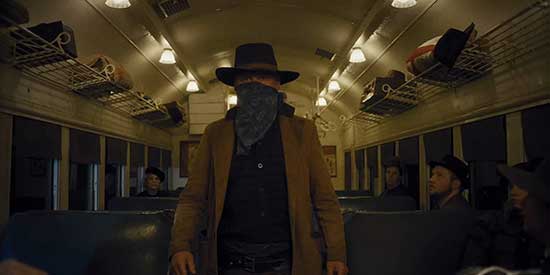 The Pale Door is different. It was cool to see a Western inspired scary movie. Outlaws and witches, a great combination. It was scary, the actors did such a great job. It was great, a few of the scenes with the witches made me think about the movie, The Witches (1990) The special effects were incredible. The witches when they turn into creatures. That was creepy and the movements they made. Make sure to check out The Pale Door.