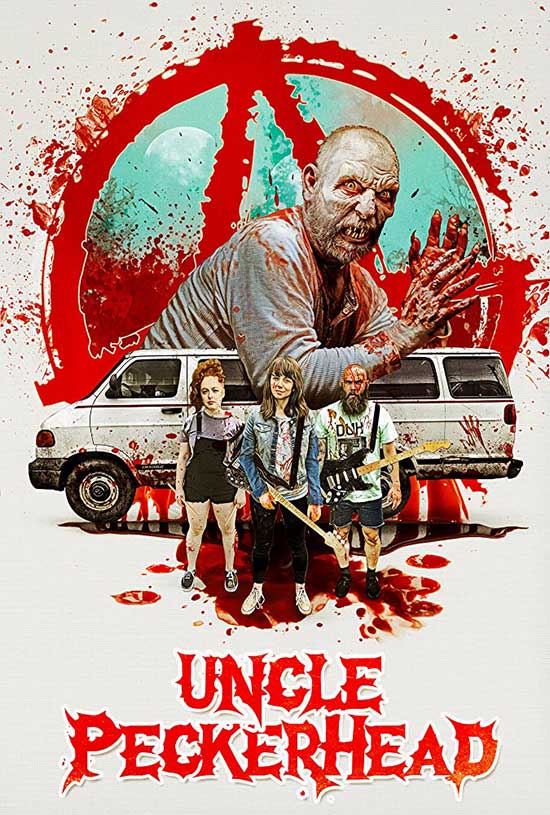 When a punk rock band scores their first tour, life on the road proves tough when they are joined by a man-eating demon as a roadie.

Blood, guts, zombies, punk rock! What more could you ask for?

Uncle Peckerhead was written and directed by Matthew John Lawrence. 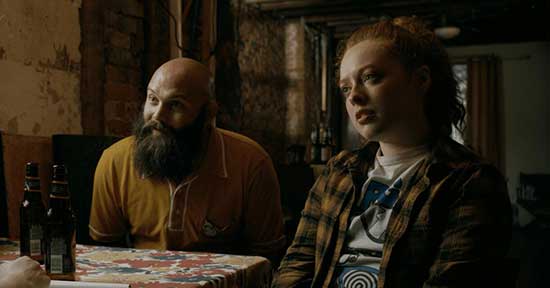 We meet Judy (Chet Siegel). She is at her last day of work with her boss giving a speech that she doesn’t want to hear. Judy doesn’t want to hear it, her “planet” needs her. Judy has everything figured out for her band DUH! Mel (Ruby McCollister) and Max (Jeff Riddle) are her friends and band members.

Judy and Max meet Peckerhead. They need a van for the tour. David Littleton plays Peckerhead and plays him well. They wind up calling him Peck. He makes them an offer and they wind up going with him. The van is his home and he will drive the band and be the roadie. Seems legit! 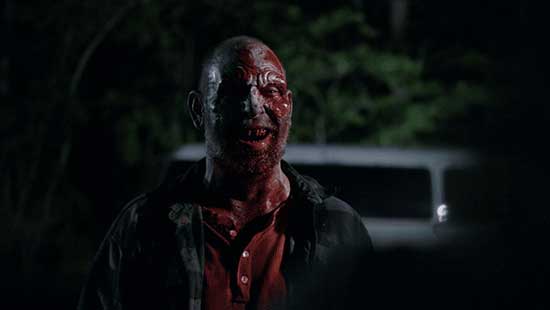 The tour is happening and they are headed out on the road… (Well, the gas station first like most of us.) The group stops for a few and Judy investigates the glove compartment in Peck’s van. Judy meets the less than thrilled at all promoter, David Weinheimer.

Peck is manning the merch station and the band is playing. The band is playing and doing a good job. The music is good. This movie shows how much work goes into everything from setting up to playing and selling merchandise. Okay, Peck has to “use the restroom” and he is taking a tad bit too long. Judy goes to investigate and Peck is a full-on Zombie mode eating the promoter. Throw up scenes are always grosser than anything.

The special effects are great. It’s fascinating to see a transformation like this from human to zombie and back to human. Is Peck a Zombie though? Is he a demon? A ghoul? Not one hundred percent sure. Peck tries to make a peace offering and takes them out for dinner. Peck tries to explain his situation. Peck’s got this. The writing is good. There are funny moments and things that some of us may have experienced.

Max wants to know what people taste like? I was expecting the “they taste like chicken” response but nope they gave us a better answer. “Some people taste like dog shit and then other people taste like watermelon sherbet.” Max decides that could be a metaphor “for humanity.” Judy is still trying to get herself and her band away from Peck. The music situation in the van is great. We all have our playlist.

They wind at Nick’s place, Nick played by Greg Maness (The Vampire Diaries, Selma) “he’s like a baby deer” and Peck bakes and sells demos. Judy is not happy. It’s brutal, wild, there is music involved, zombies and a killer spine scene with a ton of blood. Judy finally gets some good news for her and the band. Peck may have gone too far. Judy meets Jen Jennings played by Shannon O’Neill. 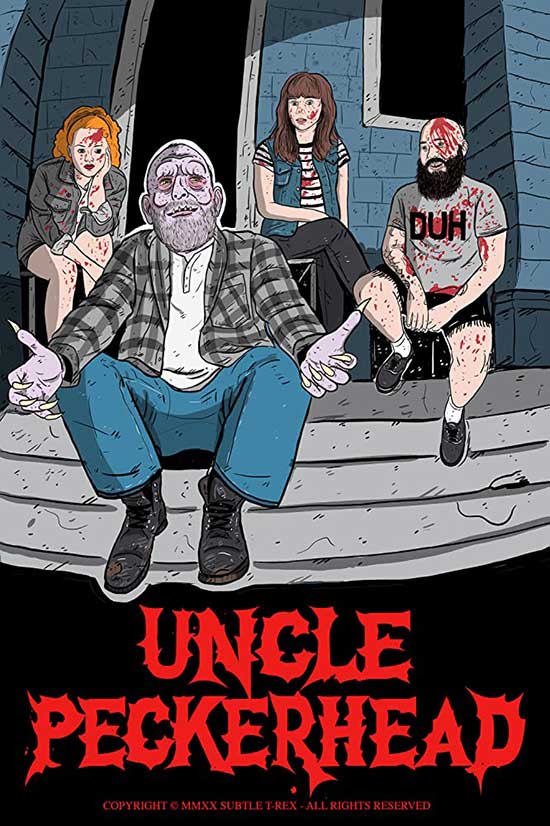 That was a twist. Watch the movie to see what happens. Chet Siegel, Jeff Riddle, David Littleton and Ruby McCollister did a great job in this movie. Punk Rock! Music, bands, zombies, ghouls, demons, blood, some other bodily fluids. Make sure to watch Uncle Peckerhead.