Arclight Films is set to handle worldwide distribution rights for the unique horror-thriller Bloody Hell directed by Alister Grierson (Universal Pictures’ Sanctum), it was announced today by company Chairman, Gary Hamilton. Bloody Hell is the first of a planned trilogy of films in this pop horror franchise. 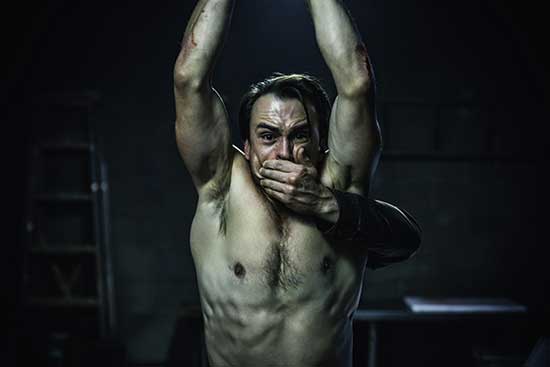 Written by Robert Benjamin , Bloody Hell is a fiendishly fun rollercoaster  horror film set between Boise, Idaho and Helsinki, Finland which follows our lead character Rex Coen played by Ben O’Toole (Hacksaw Ridge, Detroit, 12 Strong, Nekrotronic), a man with a mysterious past who flees the country to escape his own personal hell – only to arrive somewhere much, much, much worse …..

“What would happen if a character like John Wick walked into the home of a deranged family with dark secrets? This film aims to show audiences that exact answer on a unique ride like no other of its kind. The film starts with a bang, a few bangs actually… quite literally, then keeps the twists and turns coming. Hopefully, audiences have strapped themselves in and are ready for a ride, because if not… they are going to be thrown from their seats,” exclaimed producers Brett Thornquest and Joshua Paul.

World renowned cinematographer Brad Shield, whose credits include the Marvel and Disney blockbusters Spider-Man: Homecoming, The Avengers, Pirates of the Caribbean: Dead Men Tell No Tales, and The Wolverine brings his stellar expertise to create the unique visual world of Bloody Hell. The film is composed by Brian Cachia, cast by Amanda Mitchell, production designed by Michael Rumpf, with hair and makeup by Rebecca Allen, and costumes designed by Lucinda McGuigan.

A film as original as Bloody Hell doesn’t come along every day. It is wildly fresh and one of the best films of the genre we have ever seen.  This is not just another horror movie. Its brilliantly made, expertly acted with a unique story that sets the film apart from all others.  The filmmaking team’s elevated take on the genre is just terrific and will have audiences jumping in their seats and laughing at the same time.  We couldn’t be happier to represent such a fantastic film,” declared Gary Hamilton.

Bloody Hell is an Eclectik Vision and Heart Sleeve presentation produced by Brett Thornquest (Better Watch Out, Infini, The Osiris Child) and Joshua Paul. The film is executive produced by Steven Matusko and co-produced by writer Robert Benjamin.

Bloody Hell was ambitiously produced entirely in Queensland, Australia with the support of the City of Gold Coast and Screen Queensland. 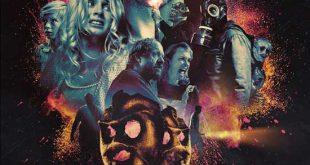