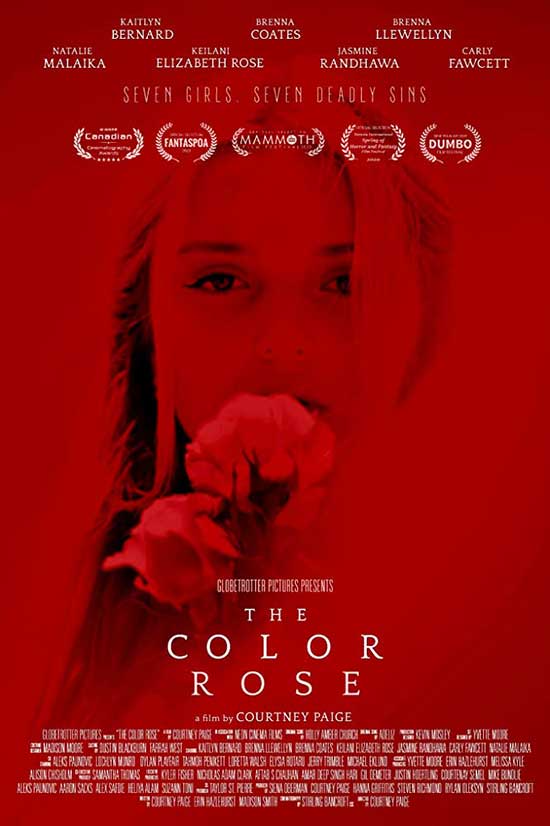 An A-list girl clique start a secret cult in their small religious town. Each of them embody one of the seven deadly sins, it all goes horribly wrong as they go missing one by one.

The “teen horror” category is one that’s been around for decades, and is perhaps unfairly maligned. After all, although recent years have seen the sub-genre associated with dimly plotted and pedestrian efforts like Happy Death Day and Slender Man, it’s easy to forget that some of the all-time classic horror franchises like A Nightmare On Elm Street, Halloween and Friday The 13th are all technically teen horrors.

And of course there are the self-aware teen movies like Scream and Final Destination. With a built-in audience to appeal to, a competent teen horror movie can seriously perform at the box office. One of the most important elements to get right first though is tone – go too light on the horror or make it too comedic, and it’s easy to veer towards self-parody; but go the other way and throw buckets of gore at the screen amidst the rampaging hormones and you risk alienating a fun-seeking audience.

Which brings us to a very recent effort which falls neatly into the teen horror category; The Color Rose. This 2020 movie is the brainchild of Canadian actor, writer and director Courtney Paige – and she fulfills all three roles here too (although her screen part is a minor one). The movie opens with a pre-credits sequence, where a teenaged schoolgirl is kidnapped and bundled into the trunk of a car by a masked gang (it also features the lamest cover in history of Nirvana’s Smells Like Teen Spirit too unfortunately). After this we skip back in time to meet our seven-strong group of protagonists – Aubrey, Grace, Tori, Katie, Robyn, Stacey and Molly. And wouldn’t you know it, with there being exactly seven of them – each one happens to represent one of the seven deadly sins; hence their nickname, “the Sins”.

Unfortunately for the Sins, the school they all attend is in a deeply religious, rural community that doesn’t look kindly upon teen rebellion or individual thought. Which leads to trouble when the girls start infighting amongst themselves, in particular turning on Aubrey after they sneakily read her diary and realise that she perhaps isn’t the friend they thought she was. And once they start to dabble in Satanic rituals as a way to get back at her, things start to spiral out of control for the group. It transpires that the kidnapping we saw at the beginning was Aubrey’s – and the masked abductors are the other six Sins. And before long the remaining girls begin to disappear one at a time.

There are quite a few things to like about The Color Rose; for starters it’s very handsomely shot, making great use of the incredible natural beauty of its locations. The camerawork and editing are very fluid, ensuring that the film’s always interesting to look at; and pretty much without exception the actors bring their characters to life well, with naturalistic performances that don’t succumb to scenery-chewing histrionics.

However there are also a number of elements that don’t quite work as they should. For one, although each member of the gang is meant to represent one of the seven deadly sins, it doesn’t really translate that way on screen. In all honesty all of the girls are pretty much interchangeable, the defining characteristic they all share being a spoilt, petty-minded bitchiness as opposed to sloth, envy, gluttony et al. And the film falls back on the usual teen drama  clichés of small-town life, such as blossoming sexuality (cue the token same-sex kiss) and religious intolerance from stuffy parents and authority figures.

As a horror film though, the biggest sin (pun intended, sorry – couldn’t resist) is the lack of horror. The events that unfold to be honest feel largely trivial, and as the girls are without exception unlikeable characters it’s difficult to feel invested when things start to head south for them. The level of gore in the film is virtually zero – the limited violence on offer takes place mostly off screen, and although it’s perfectly possible to create stunning horror films with little of either (such as Robert Eggers’ The Witch) it’s hard not to feel a little short-changed at the lack of blood with this kind of movie.

Overall The Color Rose is an admirable effort – it feels like it’s trying to follow in the footsteps of female-led, lighter horrors like The Craft and Jennifer’s Body but ultimately it lacks the charisma of those superior movies. There is a lot of talent on show here, both in front of and behind the camera; but unfortunately it seems to lack the commitment to put a foot firmly in any particular genre, be it slasher, cult, or teen drama, and it suffers as a result.