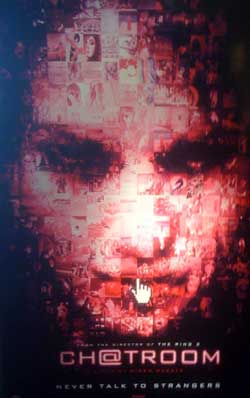 A disturbed teenager sets up a chatroom with the intention of grooming someone into committing suicide.

Not a horror film per se but nevertheless an upsetting psychological drama that avoids most of the pitfalls that commonly beset films based around current technology. It’s tempting to see this movie as a real departure for director Hideo Nakata, best known for his J-Horror series RINGU, and it’s true that it’s his first British film and his first, as far as I am aware, to have been adapted from a play. But there are thematic similarities in that CHATROOM also deals with a malevolent influence being spread via modern technology.
The central concept of the film is that it presents internet chatroom exchanges as if they are being made face to face. So when William (Aaron Johnson of KICK-ASS) sets up his own chatroom “Chelsea Teens!” we see him moving through an imaginary hotel, before stencilling the name on a blank door and moving inside. He is soon joined by upper class model Eva (Imogen Poots), frustrated middle class Emily (Hannah Murray), conflicted Mo (Daniel Kaluuya) and depressive Jim (Matthew Beard). 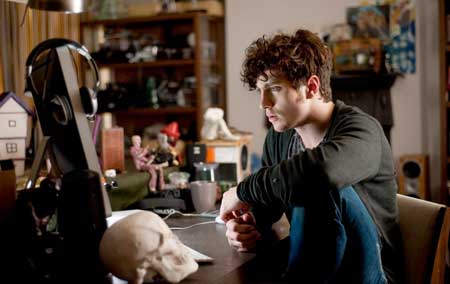 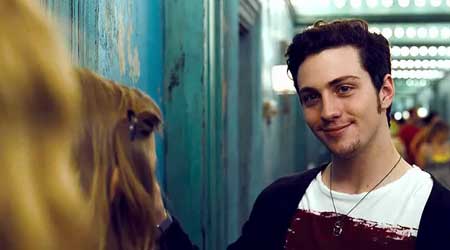 Their chats are imagined as a kind of self-help group, gathered together in a circle of chairs and, at least initially, William appears to be a thoughtful and charming host. However, through the introduction of ‘real life’ sequences we get to see the truth behind the online façade. William, it transpires, is a deeply troubled young man. He has a fractious relationship with his parents – particularly his mother, the author of a hugely popular series of children’s books about a young man called Time Travelling Ripley. That William’s brother happens to be called Ripley hints that William is very much second best in his parents’ eyes.

Up to this point the film is a rather shallow exercise in teenage angst. Although the visualisation of online text conversations is done with considerable style and imagination, that doesn’t extend to the characters who are defined by their individual issue in lieu of actual personalities. Indeed, Nakata seems so disinterested in two of his characters that they inexplicably disappear from the middle third of the film. 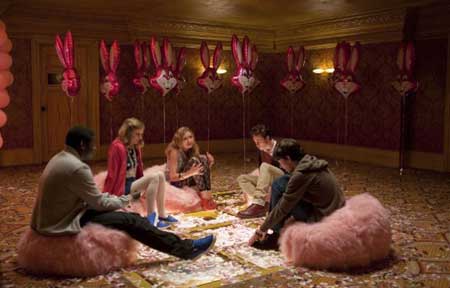 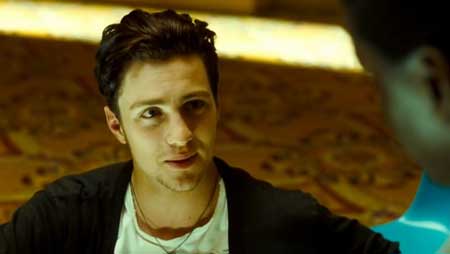 This is Aaron Johnson’s movie though. He has the best role in William; in fact it’s two roles because he has to depict William’s caring, sensitive online persona and his seething, malice-filled real self. Johnson is very impressive at both. As the true nature of William’s plan gradually emerges and the darker side of his personality becomes more dominant the film becomes much more interesting. The sequences where he sets about breaking down Jim’s defences – first by encouraging him to give up his medication, then by probing the reasons for his illness – are very upsetting.

Unfortunately, but perhaps inevitably, the final third of the film is broadened out with much of it taking place in ‘real life’ as the rest of the group attempt to thwart William’s plans for Jim. It becomes a fairly routine nick-of-time chase through north London that services the film’s plot rather than its theme. Having said that, it’s undeniably tense and exciting and somehow Nakata even manages to conjure a surprise ending out of it all. 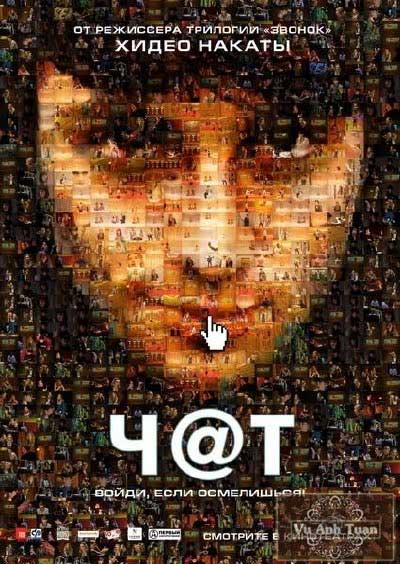 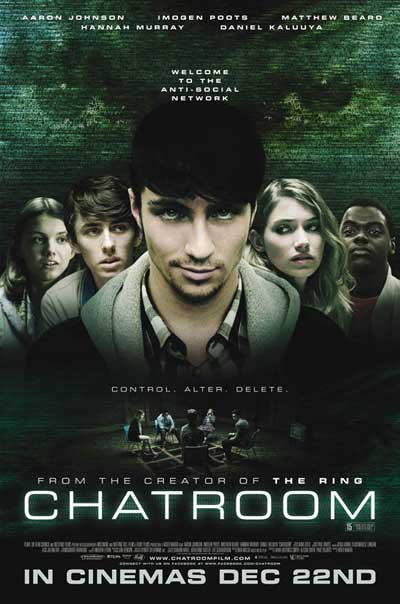 It’s often the case that films which deal with current technological trends are merely exploitative – think of HACKERS, YOU’VE GOT MAIL, THE NET and FEARDOTCOM – saying nothing about the cultural or social impact of their subject matter. CHATROOM avoids that trap by using technology as simply the starting point for an examination of the teenage search for identity but then undermines itself by inadequately drawing its characters. It’s worth seeing for the acting, which is terrific – particularly Aaron Johnson – and the imagined chatrooms, which are superbly realised. But the extent to which it uses real and very serious issues – cyber bullying, grooming, depression and suicide – as nothing more than hooks on which to hang its plot is actually rather distasteful and, in its own way, just as exploitative; I’m just not sure these are appropriate subjects for a thriller.