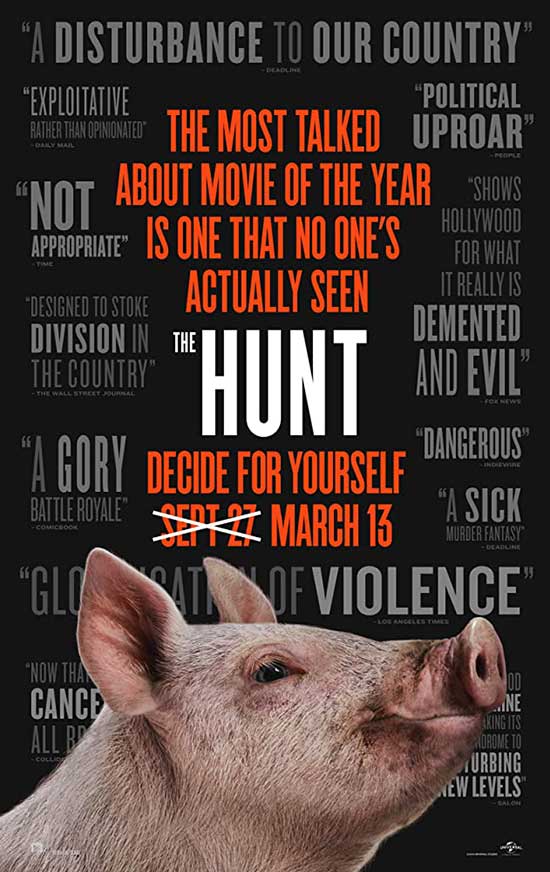 Movies based on urban legends date back decades; from the existence of real-life “snuff” films, to unwanted pets being flushed down the toilet resulting in SUV-sized man eating crocs living in the sewers, and all manner of wacky stories in between. These tales fit particularly well in the horror genre – but the number of movie versions of them that really work are surprisingly few and far between; for every Black Christmas there are dozens of Slendermans (Slendermen?) 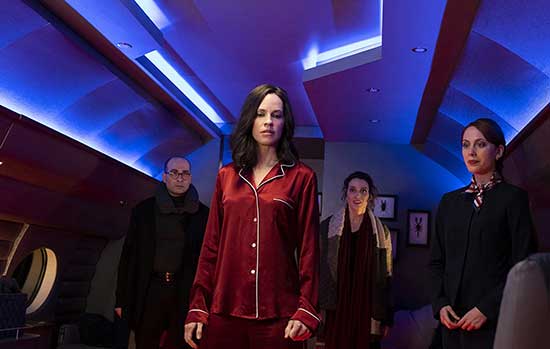 One urban legend that has done the rounds many times, is that of groups of hunters going after the most taboo game of all – human beings. Much like snuff movies, actual documented evidence (in recent history that is – the upper class Spartans of ancient Greece for instance were known to have a thing for hunting and killing the local peasants to keep themselves on top of the pack) of the existence of human hunting is pretty much non-existent – but as horror fans, don’t we all love a good conspiracy story – preferably with lots of gore thrown in?

Perhaps the two most famous – and arguably best – movies concerning human hunting are Deliverance, John Boorman’s 1972 classic about a bunch of city slickers running afoul of a particularly nasty group of Georgia hill-billies in the middle of nowhere; and Kinji Fukasaku’s infamous Battle Royale from 2000 about a group of Japanese high school students who, marooned on an island by the government, are forced to battle each other to the death.

The latest entry to the genre is The Hunt. Craig Zobel’s movie had itself a pretty tumultuous journey to the screen, first being pulled from its original release date in September 2019 due to sensitivity concerns over August’s mass shootings in the US; The Hunt was then finally released in cinemas in March 2020, unfortunately just in time to find itself caught up in the massive shutdown of society thanks to COVID-19. With this pretty much killing its box-office potential overnight (it grossed $6 million off a budget of $14 million), Universal then made the movie available to stream just a week later to try and recoup some of the losses. 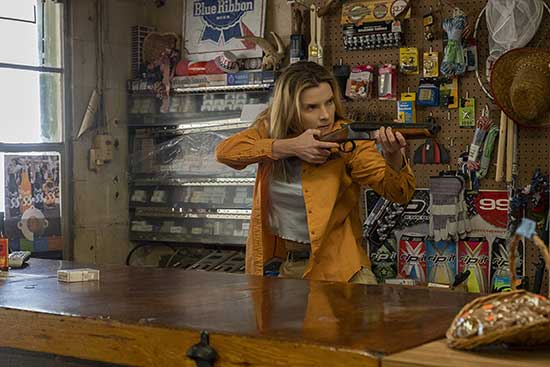 Written by Damon Lindelof and Nick Cuse (Watchmen among many others) and produced by Jason Blum’s Blumhouse, The Hunt opens with a mysterious group text session being shared among several people’s mobiles; using cryptic phrases including “the hunt”, “the manor” and “the deplorables”. We then meet who we presume are some of the texters, on board a luxurious private jet; and are left in no doubt as to the fact that they are rich, arrogant douchebags with an inbred sense of entitlement and superiority. After this we meet the “deplorables” referred to earlier, a group of seemingly disparate – and gagged – men and women. Oh, and a little pig. In a dress.

The group appear to have been abandoned unconscious in a field in parts unknown, and have been left – in true fight-to-the-death fashion – a stash of weapons, presumably by their mysterious abductors. Right from the off it’s pretty clear that some of the group are, shall we say, blessed with higher intellects than others; one woman in particular seems to be especially on the ball, using her first moments after waking to use her obvious survival skills to check out the environment. No prizes for guessing who our main protagonist is going to be…

To go into much more detail would spoil the story so we’ll leave that there. There are a lot of recognizable faces here, not least Betty Gilpin as Crystal (or “Snowball” as she’s disparagingly called) and Hilary Swank as Athena, both of whom are perfectly cast and ferociously entertaining every second they’re on screen (also popping up in a minor role is Macon Blair, whose filmography – especially Green Room – I’d heartily endorse to horror fans).

One thing The Hunt definitely does is hit the ground running; clocking in at a brisk ninety minutes, within the first fifteen we’ve seen injuries and deaths by arterial bleeding, a stiletto to the eyeball, sniper rifle headshot, stake pit impalement and land mine! It’s also not shy of killing off characters at a rapid pace. What’s also clear right from the start is the tone the movie’s going for, which is a very nice line in pitch-black humour mixed with the gore; there are many laugh-out-loud moments scattered throughout the runtime. The editing is brilliant, keeping us fed with just enough information to piece together what’s really happening while making sure there’s never a dull moment on screen.

The Hunt took a lot of flak around the time of its original planned release, being seen as an incendiary political statement and drawing ire from Donald Trump no less; as well as resulting in death threats to the makers on social media, ironic given the movie’s plot. The storyline does present two clear-cut political standpoints, but those getting upset over what they seem to be slights against themselves really have missed the point. The liberal antagonists are all hand-wringing, virtue-signalling self-haters who feel the need to constantly apologise for anything and everything related to racism or sexism, while sneering at those they consider to be of lesser intellect; and the right wing protagonists are in the main gun-toting, prejudiced, shoot-first don’t-think-later ‘Merrica loving rednecks. Point is though, all the characters are broad stereotypes and the film takes great pleasure in mercilessly mocking those on both sides; nobody comes across as being in the right, they are all equally awful. 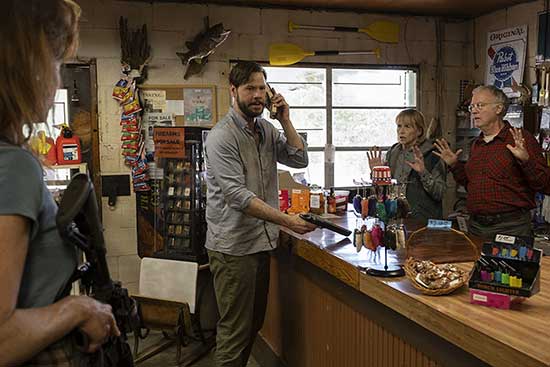 The movie’s satirical edge is razor sharp, taking well-deserved pot shots at the colossal influence social media has over all of our lives, and how the smallest action regardless of its original intention can snowball into catastrophe incredibly quickly, with potentially devastating consequences. If you can take the social commentary as intended, you’ll find The Hunt has a lot going for it; it’s hilariously funny, has some great gore and inventive kills and is very well acted – Betty Gilpin’s Crystal in particular as the story’s main badass is surprisingly world-weary and emotional. It’s a shame the political storm around the movie has distracted from it so much, as The Hunt is an enjoyable and fun horror thriller that’s well worth your time.