Army of the Dead: New Zombie movie from Zack Snyder

In 2004, Jack Snyder debuted as a director with the remake of the horror movie Dawn of the Dead. Since then, he has shot numerous films that were liked by many fans. This year, he will be releasing another movie that will put viewers on the edge. It’s the Netflix zombie movie army of the Dead which started filming last July 2019. Initially, they want the movie to be Dawn of the Dead’s sequel. Conceptualized by Snyder and Joby Harold (screenwriter), it is about Las Vegas on quarantine because of a zombie epidemic. It was not actualized, however, by Warner Bros. and was on hiatus for more than a decade.

Zombies on the Loose and Taking Over Las Vegas!

Filming of Army of the Dead started on July 15, 2019, in several locations including Albuquerque, New Mexico and Atlantic City, New Jersey. Produced by Snyder, his wife Deborah, and Wesley Coller, the movie has a budget of up to $70 million. The story revolves around Las Vegas placed on lockdown because of a zombie plague. Later, the owner of a casino hires a group of mercenaries to break into the city and get his money. The release date is around Winter 2020. Snyder said that it took him a few months to grasp the actual atmosphere. The movie director noted that it took him a few weeks to visit the casinos of the US and Canada. Zack wanted to have a perfect scenario and when the experts start watching a movie, he wants to have a real feeling of a casino venue. The whole movie is related to the casino business, so the atmosphere has to be perfect. Zack Snyder did everything to create an almost perfect scene and the movie director believes that fans will be satisfied with casino scenes. Zack Snyder noted that they had to re-create few destinations as they have added all necessary equipment for the casino. The movie will have everything as Zack took it from real-life casinos – slots for real money, poker tables, and other gaming machines, to make the atmosphere real. Zack has visited many cities of Canada and believes that he has taken many things from Canadian casinos. Experts believe that it could be the most accurate casino movie we could ever get although it’s related to Zombies. 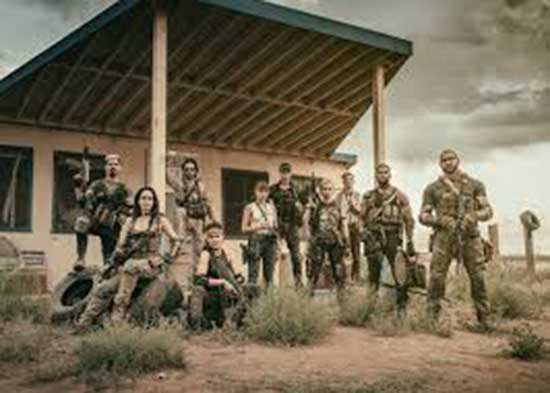 Last year, Netflix unearthed this story, and they gained the rights to it. Hence, zombie fans now have another movie to look to forward this year! It has a revised script penned by Shay Hatten and Snyder. The director was just excited to get on with this project. He said that this is a break from the genre that he’s been shooting in the past years. Besides, he has free reign on how to direct this film! The following actors will bring this story to life: Dave Bautista, Hiroyuki Sanada, Omari Hardwick, Ella Purnell, Chris D’Elia, Garret Dillahunt, Raúl Castillo, Nora Arnezeder, Samantha Win, Theo Rossi, Rich Cetrone, Ana de la Reguera, Matthias Schweighöfer, and Humesh Quereshi.

Jack Snyder and His Promise of a New Movie this 2020

Zachary Edward Snyder is a renowned director. Born on March 1, 1966, at Green Bay, Wisconsin, he has several top grosser films under his belt including 300, Watchmen, Batman vs Superman: Dawn of Justice, and Justice League. His debut film was the horror movie remake Dawn of the Dead in 2004. He is also a screenwriter and a producer. In 2011, he co-wrote, directed and produced Sucker Punch. He also produced the movie 300: Rise of an Empire in 2014.

Although he was born in Wisconsin, Snyder grew in Connecticut. His mother is Marsha Manley while his father is Charles Edward Snyder. He has an older sister Audrey. Currently, he lives in California with his second wife, Deborah Johnson. His children are named Olivia, Sage, Willow, Cash, Autumn, Jett, Ezekiel, and Eli. In 2017, his daughter Autumn committed suicide. He has a production company with his wife called The Stone Quarry. In 2019, he started filming the horror movie Army of the Dead for Netflix.

Tags Army Of The Dead 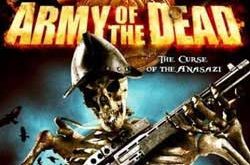