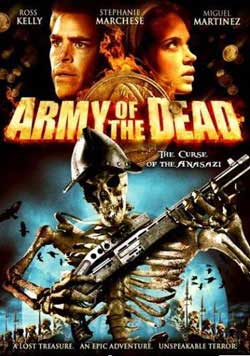 In 1590, Coronado dispatched a division of one thousand men to find El Dorado, the legendary city of gold. Those men were never seen again. While searching some Baja peninsula caves as part of an archeological expedition, a university professor and his students unwittingly unleash a long dormant curse. They soon find themselves in a life or death battle with an army of skeletal warriors, the undead remnants of Coronado’s conquistadors.

While this is not a great film by any means, if you are in the right kind of mood than it is a fun watch. And by the right kind of mood I mean if you’re ready for melodramatic acting, cheesy effects and a traditional B-movie atmosphere. If you’re not use to seeing these types of film, then I would advise to stay far away.

The movie opens in 1590 where we see a small group of conquistadors making their way through a dark passageway in search of some gold. Cursed gold as it turns out for as soon as one them picks up a gold coin, the stars in the sky turn black and the moon turns red as blood. Cue the dead skeletons lying about the cave as they come to life and make quick work of the conquistadors in appropriately bloody fashion.

Cut to the present where 3 couples are enjoying a trip off-roading through the desert in some souped up VW’s. Our hero, John Barnes (Ross Kelly), is with his wife Amy (Stefani Marchesi). It’s John’s birthday and this is something he’s wanted to do for a long time. The other 2 couples are old friends, including his ex-girlfriend. Also along for the ride is his professor and tour guide Fred Griffith (Mike Hatfield). The trip would have been all fun and games had it not been for the professor who is up to no good. Seems the only reason he planned this trip was so that he could get his greedy little hands on the lost gold. And even though he knows all about the curse, and even relays that information to the others around the campfire, he just can’t stop himself. And when he and three mercenaries he hires grab some of the coins, the skeletons arise once more to wreck some major havoc.

Of course it wouldn’t be too bad if it was only the professor and his henchmen getting the brunt of the revenge, but no, these skeletons can sense the greed in the hearts of all the party nearby so it looks like the fun is over for our carefree couples. And it isn’t long before our skeleton army makes tracks for their camp.

As stated above this is one of those movies that you have to know what you’re getting when you start. The acting is serviceable for this type of fare as well as the directing. The effects are good for the budget and the skeletons are really well done. Definitely a Jason And The Argonauts feel which is not a bad thing. The score is not bad and in the opening sequence it even takes on a Raiders Of The Lost Ark tone. 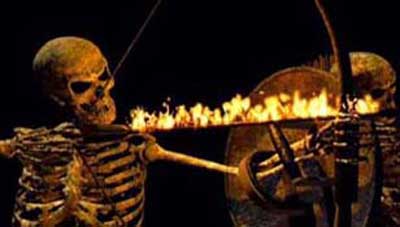 There is definitely some bloodshed and it spurts out all well and good without being too over the top. There is a big attack about halfway through the movie which took me a little bit by surprise. As the movie plays out it turns into more of a “let’s try to survive while holed up in an abandoned place”.

Love the story told around the campfire, it just always feels right in these kind of movies. The plot never seems to drag too much and the action is kept relatively brisk. One contrivance that does seem a little out of place is when our friends give our hero, John, an ancient sword for his birthday present, around the campfire, in the middle of the desert. Seem kind of odd? What is even stranger is that while the sword predictably is used later on, it is not in the manner in which you might be expecting. It’s one of those set-ups that doesn’t pay off as it probably should have. 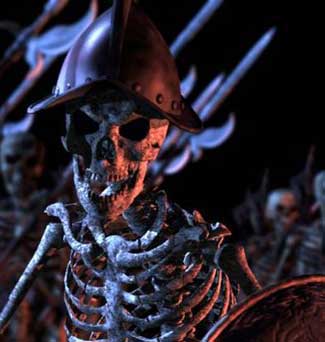 I wouldn’t recommend buying this movie but there is nothing wrong with seeing it once if you’re in the mood for a B-movie that makes no apologies for being what it is, cheesy fun.

Tags Army Of The Dead 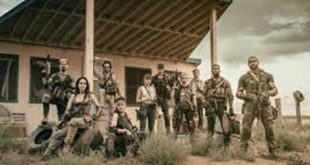 Army of the Dead: New Zombie movie from Zack Snyder