With the recent debut of the Resident Evil: Afterlife trailer, it’s time to look over the series thus far. The thing is, I find it hard to look at these films with a critic’s eye, as I can’t help but enjoying them for what they are big, daft action movies with a horror element.

Yes, they do kinda walk all over the games universe they are based on, but not being a gamer myself, I am probably a little better equipped to appreciate them as films. Resident Evil: Afterlife looks set to be another corker of a questionable movie. That’s the thing about my enjoyment of these films I know they’re not great art, but I can’t stop myself getting a kick out of every ridiculous minute. Let’s take a look at the three previous installments to give ourselves a refresher before Afterlife arrives. 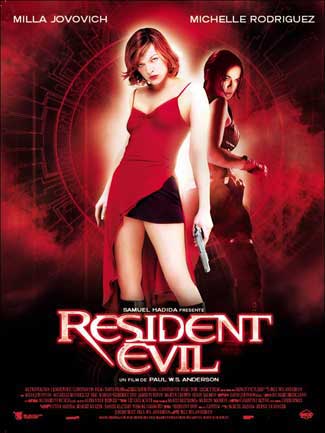 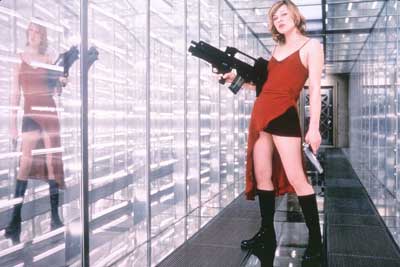 The first Resident Evil movie received mixed reviews from critics and fans alike, but there is no denying that it’s a fun romp. A little social commentary, a load of zombies, a load of flying ammo and some (admittedly restrained) gore all added up to a film that angered some people, pleased some more, and bored a few to tears. I personally thought it was a great, fun film with some pretty impressive performances and the birth of a new action hero for the modern age in Milla Jovovich’s Alice character.

It may not have been perfect, but it remains one of the best and most entertaining video game movies ever made (right up there with the first Mortal Kombat movie). Milla Jovovich, Michelle Rodriguez, Eric Mabius and James Purefoy head up a cast that seems bred for highimpact action flicks, and while the horror content was minimal, when all is said and done, the film did the franchise justice. 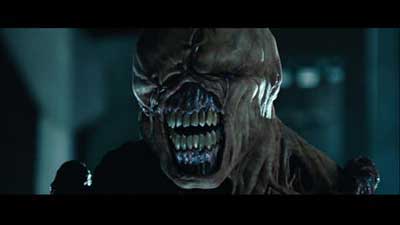 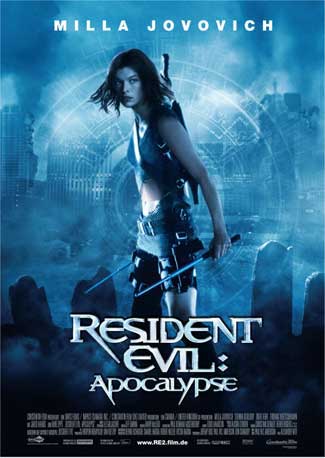 Where the first Resident Evil film didn’t have as many links to the games series as many fans wanted, the second flick was stuffed with them. Nemesis, Jill Valentine, more zombie dogs, more stuff regarding the Umbrella Corporation’s dastardly doings were all present and correct, along with a little more of the Alice character’s background. While the first Resident Evil movie was something of a Science Fiction/George A Romero mixture, there is something almost comic book style about this second outing, with Jill Valentine’s gameaccurate costume looking more than a little like a superhero outfit, and Alice becoming ever more inhuman as her abilities continue to evolve.

Despite its faults, I found the second movie to be a great deal of fun, and ideal in terms of sheer entertainment, but I do have to admit it has a much lighter tone than the first film. A bold step towards giving fans of the games what they asked for, but there are elements that really didn’t translate to film all that well (Nemesis himself, for example). 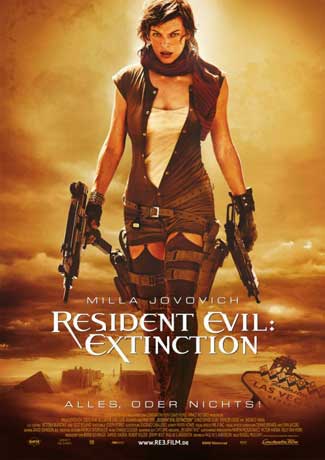 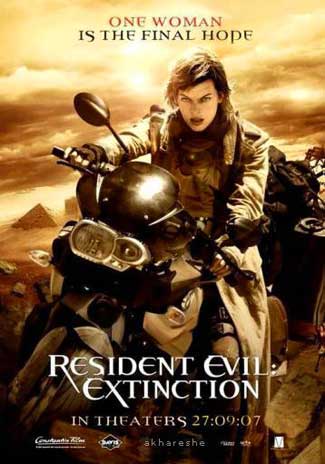 The third film took the action to the wasteland that was once Las Vegas, and saw Ali Larter added to the cast as fan favorite character Claire Redfield. This one is almost like a Mad Max movie in tone, with an arid desert location and a bunch of dusty, sunburned characters trying to stay alive against hordes of zombies as well as the harsh conditions of the world around them. It took a beating from critics, but so did the previous two, to be honest.

That didn’t seem to bother the diehard fan base that the films had built up, as well as the casual moviegoers that also tagged along, making the film do pretty well at the box office and even better on DVD. Again, it’s a case of being a guilty pleasure. You *know* it’s a cheesefet full of pompous ‘Treat the world right’ overtones and action movie oneliners, but you also know that you’re sat there being entertained by every ludicrous setpiece, such as the gloriously ridiculous scene with the sky full of flames as Alice saves everyone from a flock of marauding zombie birds.

The trailer for Resident Evil: Afterlife is pretty awesome, really. Yes, it seems to be stealing bits of The Matrix and Jovovich’s earlier SF effort Ultraviolet (which, on an aesthetic level at least, I loved), but it looks like once again the audience is in for a lot of fun. One thing I do appreciate about the Resident Evil movies is that each one has a different setting and a different feel, while still clearly continuing one narrative arc. As video game movies go, they’re pretty close to the top of the tree. The Resident Evil movies are one example of a guilty pleasure that I’m quite happy to admit to, and I’m really looking forward to the new one.