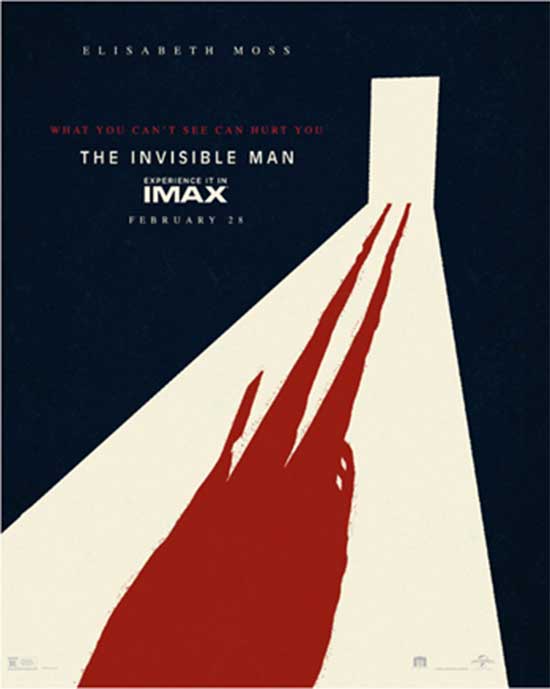 Today, IMAX has revealed exclusive artwork for The Invisible Man, which will creep into IMAX theatres beginning February 28, for a limited time only. IMAX audiences will feel what they can’t see in a thrilling, edge-of-your-seat experience that can only be delivered in IMAX’s immersive theatres.

The IMAX release of The Invisible Man will be digitally re-mastered into the image and sound quality The IMAX Experience® with proprietary IMAX DMR® (Digital Re-mastering) technology. The crystal-clear images, coupled with IMAX’s customized theatre geometry and powerful digital audio, create a unique environment that will make audiences feel as if they are in the movie.

ABOUT THE INVISIBLE MAN