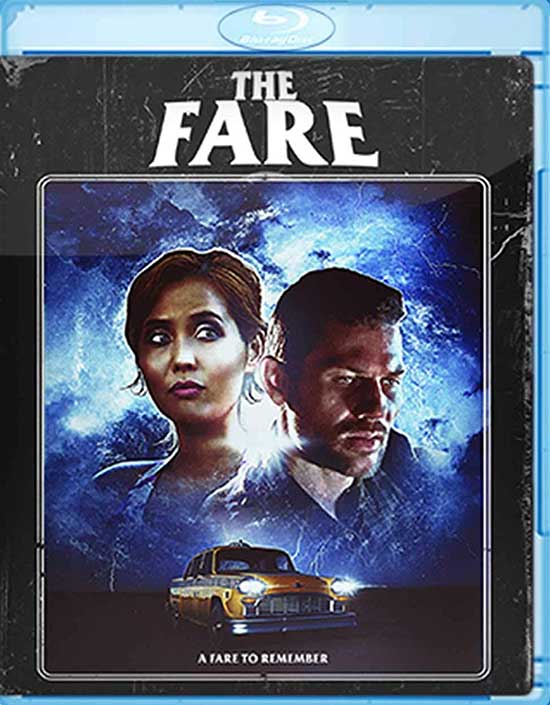 A taxi driver finds himself trapped in a time loop. He picks up a pretty woman in a rural area at night. Later she disappears. The loop starts over, when he switches the meter back to vacant.

It’s not often I get to use the word charming when describing a film under review. In this case, the movie “The Fare” is indeed that. Falling under the classification of mystery, romance, and thriller, The Fare can be summed up with all of that. Though I would argue that the classification of science fiction should additionally been thrown in for good measure.

Starting off under the visual presentation of black and white, the film slowly resolves to its intended color state cleverly aligning with the story line in progress. As storylines go, it’s almost a given that any one reviewing this throws in the ol “Groundhog Day” comparison (seeing that the film appears to be the mainstay classification for any film that gets into a time loop repeat scenario). The movie is titled, “The Fare” and is directed by D.C. Hamilton who appears to have gotten his start directing short films.

The movie, “The Fare” has indeed arrived with a bang offering us a great new intriguing piece of cinema that not only engages, but connects us to the characters and journey that lies ahead. To add to this, we have one of the lead stars, actress Brinna Kelly who is responsible for the writing of this great story. It didn’t take too much detective work here to see the connection between Brinna Kelly and director D.C. Hamilton who have worked on most of their previous films together including the prior release, “The Midnight Man”. That aside, they have come together for a successful collaboration once again in the form of Epic Pictures release “The Fare”. 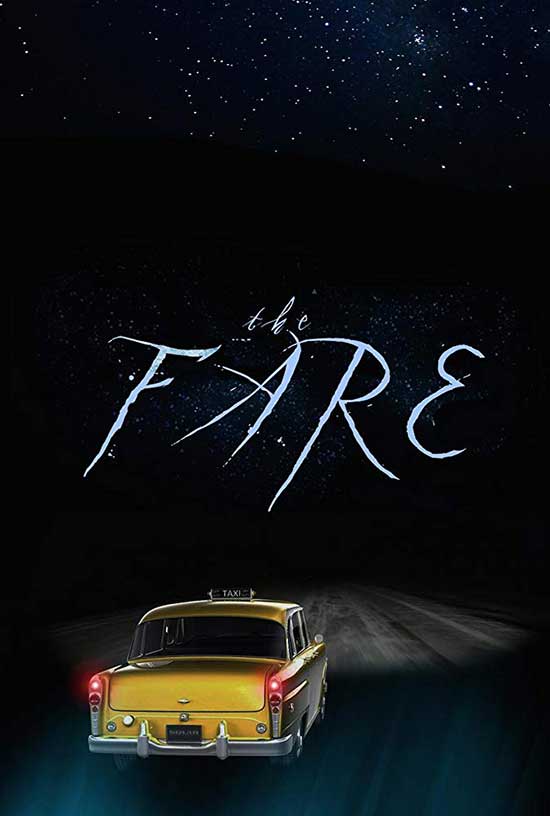 Now being a repeat reviewer of Epic Pictures releases, I do have to say this is a nice change from the usual horror-centric pieces that we receive at Horrornews.net. Being a sucker for time-based films, I would have to say that Epic Pictures won my heart with this great new release.

One thing that is apparent, that was not apparent upon first digging in, is that this particular piece has alot of thought and planning that went into the characters, situations, timeline, and scenarios at hand. Now it would behoove me to offer up any spoilers as that would ruin the journey, however Brinna Kelly has instilled much more here than meets the eye. In fact it’s almost required viewing to watch the extras included in this blu ray release (with a heavy emphasis on the last included piece where Brinna talks about mythological specifics to this film and its historical interpretations.

Getting into the story at hand, we have lowly cab driver Harris (Gino Anthony Pesi) who is tasked with a pickup located mid-desert. This pickup comes in the way of the lovely and talented actress Brinna Kelly who plays the role of Penny. Upon route to her destination Penny disappears leaving Harris confused, baffled, and jarred. This event sets the stage for many more to come which include a repetitious radio broadcast, his grouchy dispatcher calling in and the reoccurrance of Penny’s many pickups. As mentioned before, the visual element of black and white begins to change as Harris becomes aware. 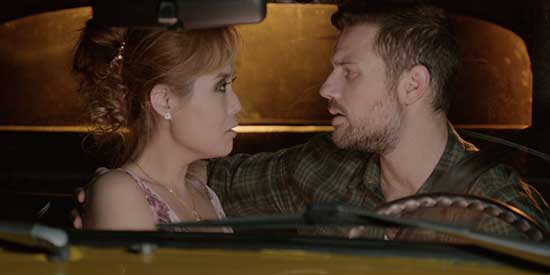 On first thought, most of us would make assumptions on the intended direction of this film (aka the typical Twilight zone-repetition-time thingy type of story). This is what works brilliantly for this piece. We are engaged with the story even though we begin to put the pieces together under our own assumptions. Along the journey we also anticipate some sort of relationship build (Mulder and Scully tension) that has the 2 of them becoming close thru repetition and experience. What we don’t expect is the take on specific accounts of mythology that evolve with the story it is intended to resolve into. With that said, I’ll leave it as is to avoid any hints or reveal.

The Fare is clever, intriguing, and one of my favorites films of this year. Often we don’t get the depth and intention of purpose that this film contains. As a film lover, I seek out movies that embrace purpose and reason hoping that they leave a few smiles upon closure. I highly enjoyed the performances of Gino Anthony Pesi and Brinna Kelly, however Brinna gets the prize here for simply inventing this story and seeing it to completion on screen. I would recommend that it be pushed forward into a theatrical presentation based on story alone that offers something new to film attendees. Perhaps it would take a few “name” inclusions to help promote its releases, but none-the-less it would make for a great and fantastical release intended for larger audiences.

As mentioned before, maybe I’m a sucker for time-loop films or just a romantic at heart, but “The Far” is one stellar story and film, not to be missed!! On close, I say “see this one”!

It comes to the table wearing a heavy level of integration and depth, worthy of cult status repeat viewings. In all, it’s also a really nice science fiction love story that will satisfy audiences who don’t require the deeper meanings behind it.

Enuff said…………. grab yourself a copy of The Fare on blu ray!