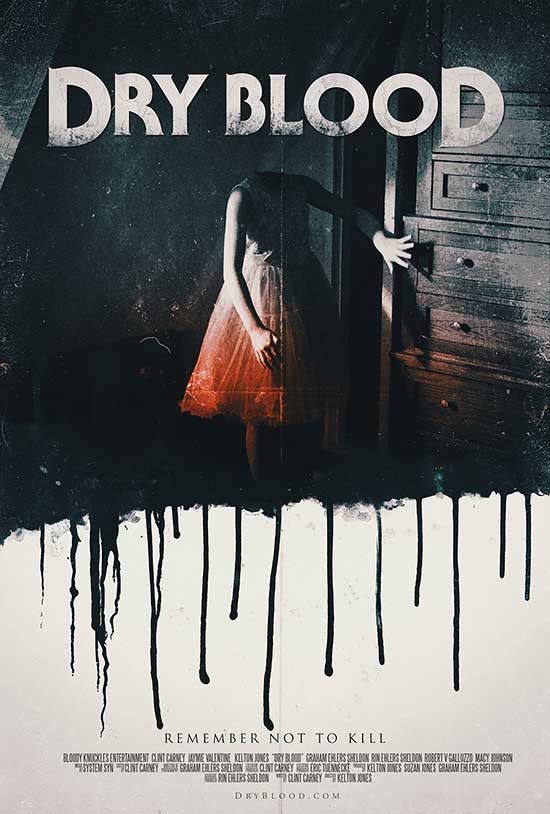 Now Available to stream and on DVD and Blu Ray: DRY BLOOD is a chilling psychological thriller that will have you doubting your sanity!

Epic Pictures’ Dread Central Presents is proud to welcome the genius of System Syn’s Clint Carney and his horror-thriller creation, DRY BLOOD. Under his moniker, Clint has composed all original music for the film and can be seen playing a starring role.

DRY BLOOD has recently completed a very successful festival run, having received an astounding thirty award wins (including many for “Best Picture,” “Best Actor,” “Best Director,” and “Best Writer”), with another twenty-three nominations as well. Highlights from this festival run include “Best Feature Film” and “Best Actor” wins from the Bram Stoker International Film Festival in the UK, as well as the top spot at the Indie Film Playoffs, where DRY BLOOD swept the board (Best Picture, Best Actor, Best Actress, and Best Writer) in a competition against numerous films from multiple festivals.

In a rural mountain town, an unstable drug addict must unravel a surreal murder mystery as he’s terrorized by malevolent ghosts, a deranged sheriff, and the frightening hallucinations from his withdrawal.

Clint Carney, who wrote, starred, and composed the score, says, “It’s been a long and exciting journey to go from writing the script almost four years ago, to now releasing DRY BLOOD to the world. We are beyond excited to work with Dread Presents. They already have number of great films in their catalog and we couldn’t be happier to be a part of their roster, and to be welcomed into the Dread family.”

“Clint and I set out to make our favorite horror movie,” remarks Kelton Jones, the film’s director. “We wanted to make a film that was true to the genre and lived up to the potential of what a great horror film could be. We knew this would be an ambitious task. We hold such a great love for the genre and the masters of cinema who had shaped our childhoods. We felt the best way to honor them was to pour our hearts and souls into making DRY BLOOD. We knew our toughest audience would be ourselves and we strived to make a film that we were truly proud of. I feel very grateful to have been able to be a part of such an amazing project, made with love, by people I love. I am beyond thrilled to be releasing this film with Dread Presents.We set out to make our favorite film; my hope is that it becomes your favorite film as well.” 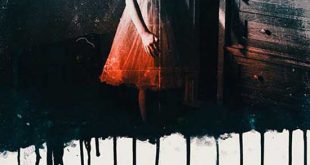 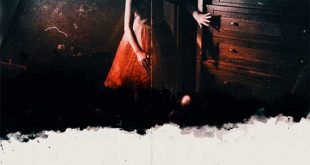 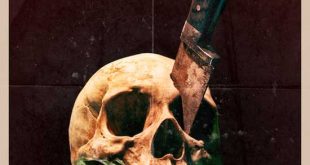