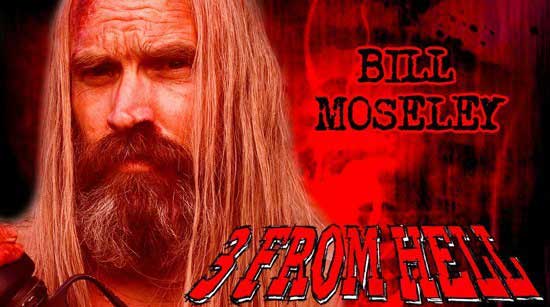 Bill Moseley is without a doubt a legend in the world of horror. Bursting onto the scene as the demented (and fan favorite) Chop-Top in The Texas Chainsaw Massacre 2 back in 1986, he hasn’t slowed down at all and has gone on to appear in horror favorites such as House of 1,000 Corpses, The Devil’s Rejects, 2001 Maniacs: Field of Screams, and countless others. Moseley is a very talented and in-demand guy, so I was glad he took time out of his busy schedule recently to speak to me about his role in the upcoming follow up to House of 1,000 Corpses and The Devil’s Rejects, 3 from Hell, some of his favorite movies, and just life in general.

Todd Martin: What was your first acting role?

Bill Moseley: That would be when I was in the 4th grade. I was eleven or so and played Christopher Columbus’ son Diego in a school play. I was on a small white pony during the play and there was a point where I told the actor playing Christopher Columbus-who was in the 6th grade or so-“Bring me a heathen!” It was a lot of fun! 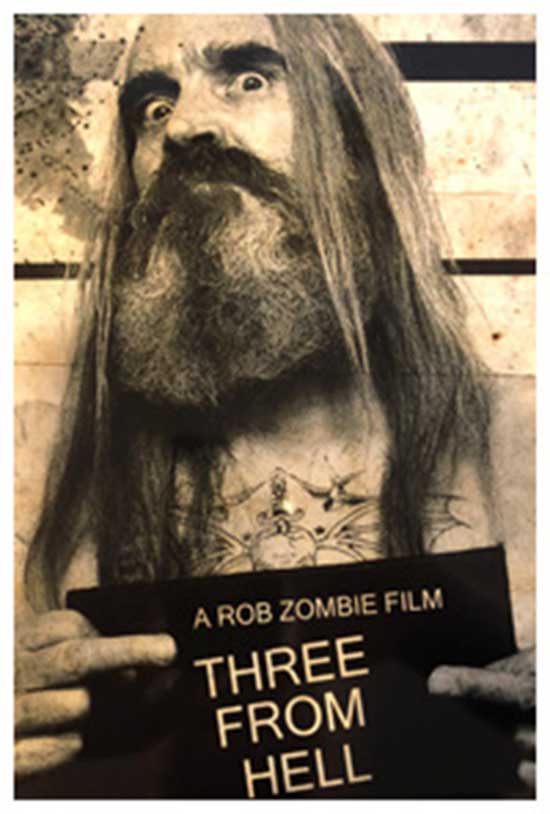 TM: So, tell us a little bit about 3 from Hell:

BM: Well I play Otis again, of course. Basically, the film itself is all about the further adventures of the Firefly family. I like to think of it as a coming of age movie about Baby. It has the humor and violence of House of 1,000 Corpses and The Devil’s Rejects along with some tender moments to boot as well.

We also have a new member of the family in this one as well. He is named Foxy and he is played by Richard Brake who played Doom-Head in 31. He’s such a great addition to the family and Richard Brake does a great job in the role.

TM: Wait, so how do the Fireflies come back after apparently dying in a hail of bullets at the end of The Devil’s Rejects?

BM: There were several possibilities discussed on how to bring them back, ranging from their deaths all being a dream to them actually being dead and getting kicked out of Hell-which was rejected as they shouldn’t be supernatural characters. Maybe all the cops that shot at them at the end of The Devil’s Rejects were all just really bad shots and missed when they opened fire on them. 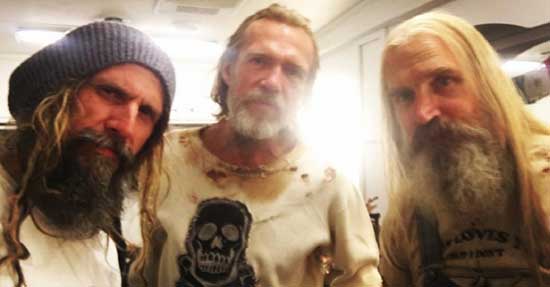 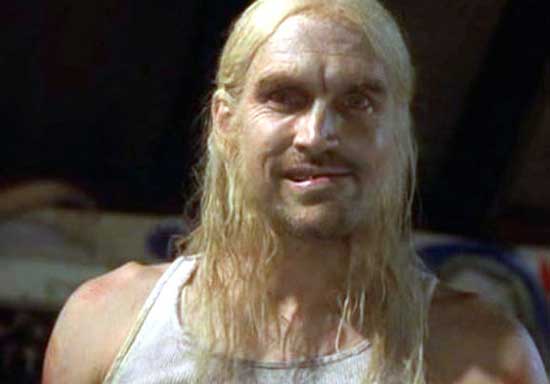 TM: What would you say has been your favorite role to play so far?

BM: I have two, which would be Otis Firefly and Chop-Top. Both were a lot of fun to play. Chop-Top was my first big part and I had a lot of fun with it.

TM: What is your favorite movie?

BM: I have several, so it fluctuates. I really love Moby Dick with Gregory Peck, Starship Troopers, and Island of Lost Souls. I have an eclectic taste. In recent years I’ve loved a lot of the newer horror films that have come along such as Get Out, Mandy, Hereditary, and Midsommar. I also liked A Quiet Place too.

TM: Anyone you’d like to give a shout out to?

BM: I’d like to give a shout out to my wife Lucinda and my daughters Marian and Jane as well as to the people that follow the Chop-Top Facebook page. 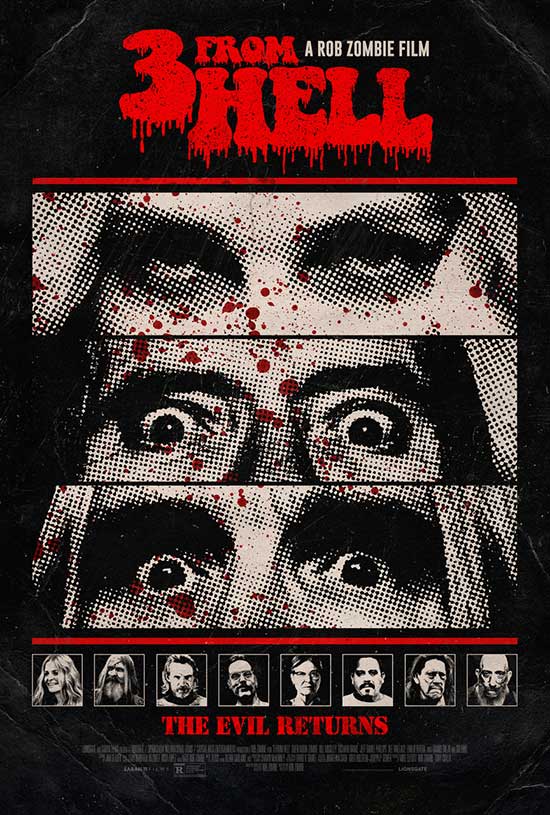 BM: I’ve been working on some new music with the band Warbeast and have been writing some new screenplays as well. I’ll also be appearing at several conventions in the near future too.

TM: Anything else to add?

BM: Go see 3 from Hell on the big screen when it is released in September!

Thanks to Bill Moseley for taking the time to speak to me!

**Tickets for the September 16th/17th/18th nationwide release of 3 FROM HELL are available at FathomEvents.com/3FromHell**
Share