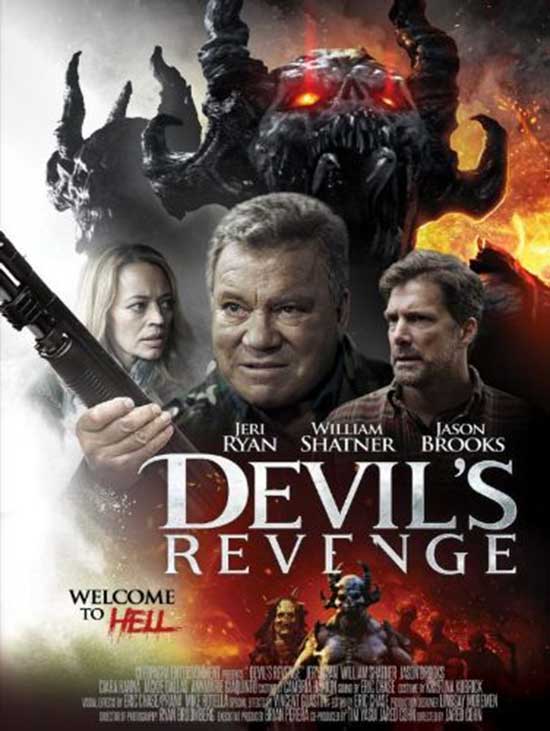 DEVIL’S REVENGE, starring Star Trek alumni William Shatner, Jeri Ryan, and Jason Brooks, releasing on October 1st from Cleopatra Entertainment. This film is about a down-on-his-luck archaeologist on a routine cave expedition who is cursed by a relic that turns out to be a portal to Hell. He then discovers that he must destroy the relic in order to reverse the curse on his family.

VOD Release Date: October 1, 2019
Distribution Company: Cleopatra Entertainment
Directed by: Jared Cohn
Starring: William Shatner, Jeri Ryan, Jason Brooks, Robert Scott Wilson
Run Time: 98 min
Synopsis: In DEVIL’S REVENGE, a down-on-his-luck archaeologist returns from a cave expedition that contains a cursed relic that’s also a portal to Hell. He discovers that the only way to stop the curse on his family is to go back to the cave and destroy the relic.