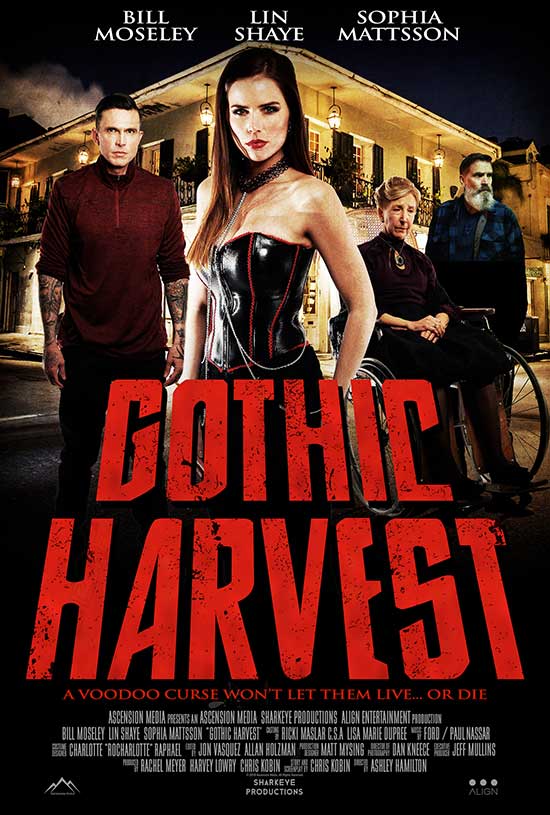 GOTHIC HARVEST tells the chilling tale of four co-eds who head to New Orleans for Mardi Gras. When one of them disappears after connecting with a charming local, her friends race to find her before she falls victim to a sadistic Southern family plagued by a centuries-old voodoo curse.