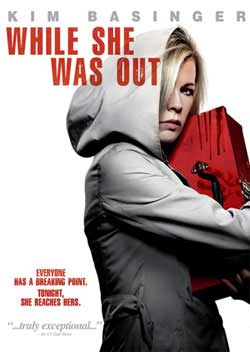 What starts out as a Christmas Eve trip to the mall ends up as an exercise in terror for suburban mom Della Myers (Kim Basinger) when she finds herself stranded in a forest and pursued by a quartet of thugs — all because she’s left an angry note on their car. The baddies (including Lukas Haas) chase her from the mall, and when she crashes her car in a wooded area, she has nothing to fend off her attackers but her wits and her toolbox.

It’s been the season for thrillers! Those who like action and horror but less gore and torture turn out in numbers to rent or attend a good nail biter when it deserves a visit. It also seems like our very likeable big screen actress Kim Bassinger has been making a few rounds in the horror genres. Well we don’t mind a bit especially when she is combined with a great story to back her up. Our old friend Craig Sheffer makes a small but welcome appearance. It’s too bad his lines probably added up to a page of dialog. Though we are still rooting for our friend who crossed on over to the dark side in past favs like Nightbreed and a few other I can’t place at the moment. A little back story on the actor Craig Sheffer includes a long battle and remission on a cancer diagnosis. Though as mentioned, good to have him back. 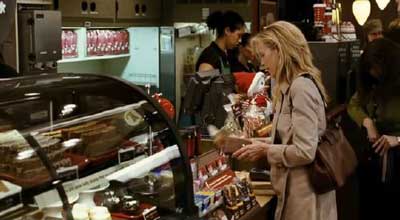 So what did happen “While she was out”? That’s the question. On the eve of Christmas, Della Myers (Kim Bassinger) is greeted by a rather d*cky abusive husband Kenneth (Craig Sheffer) who either works too hard or just isn’t very happy in life as he verbally bashes his wife and suggests an assault history per his short temper. Della who lives her life as a homemaker taking care of their kids says alot in her expressions without saying a word. On this busy holiday shopping night she sets out to get more wrapping paper. 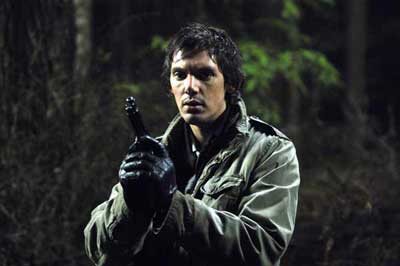 A frustrating time for anyone, parking spaces are far and few between. When she notices a rather rude parking job of 2 spaces being taken up she feels compelled to leave a nasty note. All is as well as it can be though the look of discontent still mirrors her reactions, to people and places she encounters.

Upon leaving she is greeted by street punks Chuckie and his band of misfit toys who block her in after discovering the note left behind. Played out like any gang of thugs, they harass her until she is aided by a parking lot cop. Chuckie shoots him and sets the action into place. It appears that the gang can’t have a witness to identify the act and a chase ensues. The actions begins as they follow her into a construction subdivision. Della a rather resourceful type is more than they anticipate as she gives them a run for their money. With trusty toolbox in hand, she fights for her life which turns into a forest chase frenzy. Susan Montford a bit of a newcomer director, proves she has what it takes to get the job done. Not only is the script a rather well written piece, it is loaded with surprises, alot of which you never see coming. I like a film that feels like you know all the answers and then laughs at you when you don’t “While she was out” brings alot of that to the table. While we question every move, and ask the constant “What’s in the box”? we find that being resourceful is the cargo that one should always be equipped to deliver. 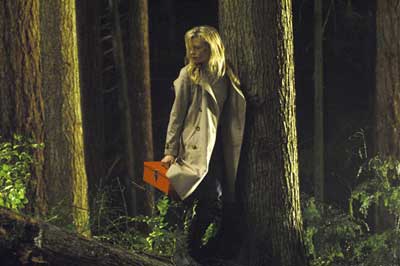 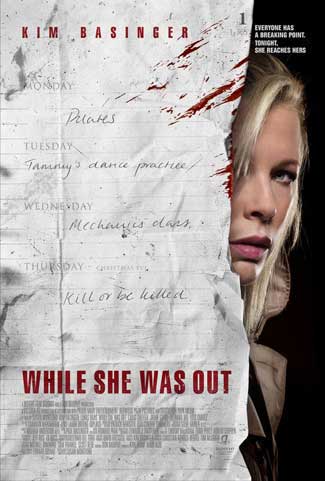 Actor Lukas Haas who plays Chuckie provides the perfect antagonist villain to Bassinger’s women scorned on the run character. The emphasis of a woman empowered to not play the victim has never been more relevant as Della proves she can outsmart the rather clumsy but violent gang of thugs. The rest of the supporting team serve as an ensemble that plays out pretty much as expected. Wrong decisions, quick actions and severe consequences. Before the surprise last act plays out, we get the sense that Della is unwinding and ready to make those changes that she’s being holding back on. As the one thug points out. She crossed over to the dark side, a point of no return.

It’s good to see the situation not fall into too many cliques with a turn of events. That alone drives the story and makes you root for the survivor. “While She was out” is a rather intense thriller loaded with edge of your seat action. Bassinger gives a first rate performance of a woman with will and drive.

Tags Kim Basinger While She was Out 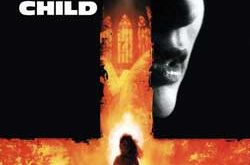