Omens and concepts of good vs. evil have no place in Maggie O’Connor’s well-ordered, practical universe. Her life revolves around her job as a nurse at a busy New York hospital, until one rainy night, her sister Jenna abandons her newborn, autistic daughter at her home. Maggie takes the baby in, and she becomes the daughter she never had. Six years later Jenna suddenly re-appears with a mysterious new husband, Eric, and abducts Cody. Despite the fact that Maggie has no legal rights to Cody, FBI agent John Travis, an expert in ritual homicide and occult-related crime, takes up her cause when he realizes that Cody shares the same birth date as several other recently missing children. The little girl, it soon becomes clear, is more than simply “special.” She manifests extraordinary powers that the forces of evil have waited centuries to control, and her abduction sparks a clash between the soldiers of good and evil that can only be resolved, in the end, by the strength of one small child and the love she inspires in those she touches.

There have been many good versus evil Christian context based films. But, of those many, only a few seem to have fully captured and conveyed the overall horror / thriller concept successfully. The Exorcist, the Omen series, Rosemary’s Baby and a choice few others are included on this list. Then, along comes Bless the Child, a modern day tale of angels and demons doing battle for a long awaited power, and a film that I was looking forward to viewing. 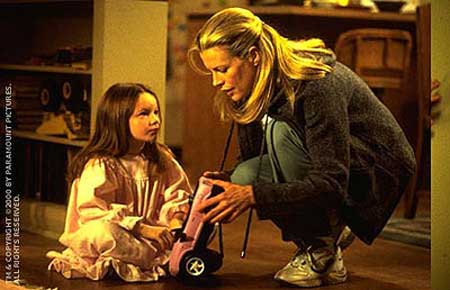 Maggie O’Conner (Kim Basinger) is a successful nurse with a stable life until one evening when her junkie sister Jenna (Angela Bettis) shows up on her doorstep with her unknown fathered newborn in tow. After an argument, Jenna leaves and Maggie becomes the mother she secretly always wanted to be. A few years pass and it becomes apparent that the child, Cody (Holliston Coleman) is somewhat autistic and harbors something very special. 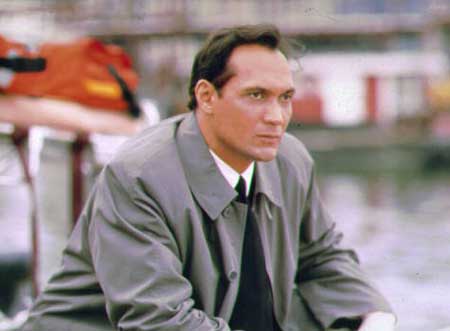 A few more years pass until suddenly, out of the blue, Jenna and her new husband Eric Stark (Rufus Sewell) show up planning and demanding to take Cody back. Maggie, and rightly so, has a real problem with this and while she is occupied in argument, an odd looking, tagging along nanny kidnaps the child. Maggie takes chase and now must resort to making legal attempts at getting the child back. But, Eric is very rich and powerful and the attempts won’t be easy. 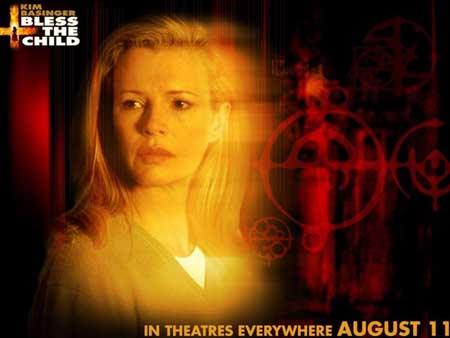 It soon becomes clear that Eric, a disciple of Satan and the recruiting leader of a group of equal minded individuals whose tattooed insignia is a leaning three-pronged pitchfork, is only seeking the child’s long awaited powers to use for himself. He tries desperately to turn the child toward evil, but is unsuccessful at every turn and will eventually kill the child if the swathe of unsuccessfulness continues.

After a rocky meeting, Maggie enlists the aid of Agent John Travis (Jimmy Smits), a man once headed for the cloth who has become a federal agent investigating ritual killings whose latest case involves a series of same birthdate child murders. Upon learning that Cody was also born on the date, he realizes that she must be the one, but doesn’t disclose this to Maggie. 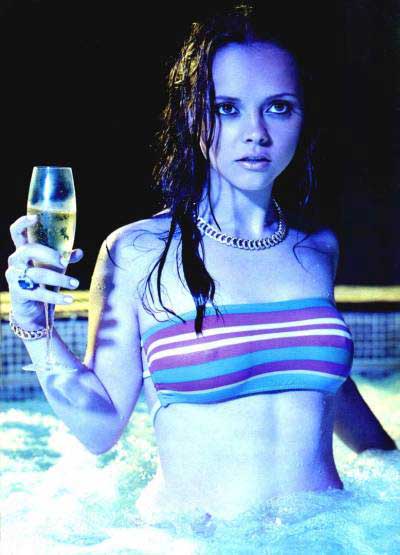 Meanwhile, Cheri Post (Christina Ricci), a defector of the evil army, contacts Maggie and asks her to meet so she can explain the events and Eric’s plan. On a subway platform, Maggie is hit in the back of the head while Cheri is chase down and murdered by a horde of Eric’s followers. However, before losing all consciousness, Maggie miraculously and vaguely sees shadowy demons flying about above the killing crew.

Enter John Travis again, the only person with belief and understanding, and explains various biblical associations to her. Having not been religious throughout her life, Maggie proceeds with her quest to get Cody back, growing to understand and believe after being chased various times by what appears to be people, but are actually demons in disguise out to stop her. Fortunately, each time she narrowly escapes with the help of an equally disguised angel.

Eventually, while praying for God’s help in a church, she is guided by a nun to a meeting with Reverend Grissom (Ian Holm), a holy man familiar with what is precisely occurring. He has a plan, but, it won’t be easy and it will take every bit of Maggie’s motherly love instinct as well as a bit of courage to succeed. 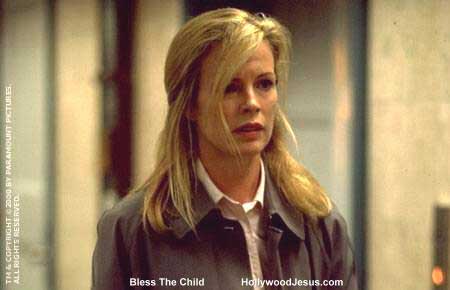 Overall, the storyline is quite intriguing and the film itself is certainly better than average. The choreography is exceptional with various depictions of gothic and menacing looking building attached gargoyle statues and the acting and script does a fine job of meshing the film. Initially though, the film started off with a bang, but immediately started letting up and never fully regained the momentum, even during the climax. I had a very hard time believing Kim Basinger’s character, finding her weak and unfulfilling, even as a mother. 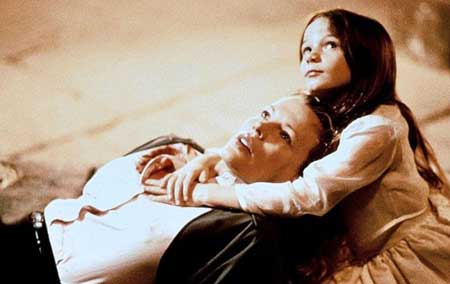 So, as a horror / thriller surrounding a subject that I tend to lean toward and usually find enthralling, Bless the Child is now on my glad to have seen it, but once is enough list, and certainly will not be included on my demonic based good versus evil list with those classics listed above. On a scale of 1 to 10, I’ll give it a 4.3