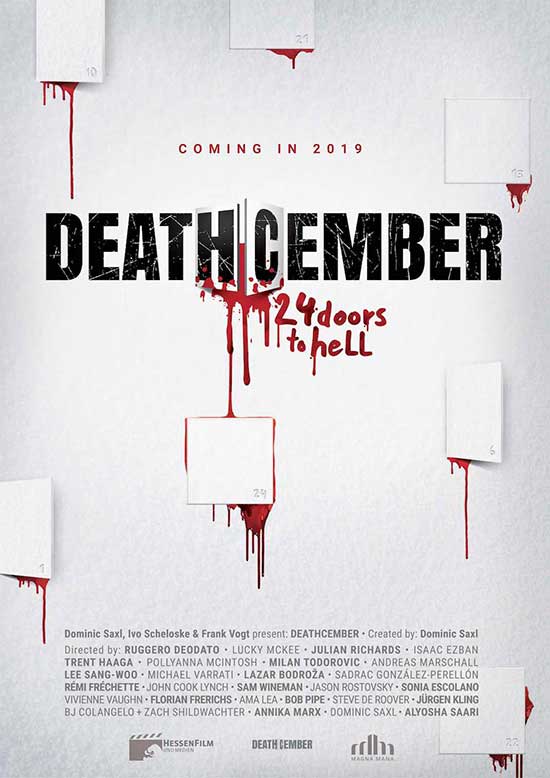 Epic Pictures today announces the acquisition of worldwide sales rights for the upcoming Christmas horror anthology DEATHCEMBER, which features rising and celebrated directors and talent from around the world in an impressive advent calendar of terror.

The anthology was created by Dominic Saxl, who produced alongside Ivo Scheloske, production manager with Anolis Entertainment, and Frank Vogt, COO of Magna Mana Production and made in part thanks to the German HessenFilm fund.

“We’re beyond proud of the film that DEATHCEMBER has become. With all the incredible and diverse talent involved, it holds something for every horror fan – and we‘re confident that our collaboration with Epic will give everyone the chance to see for themselves,” says Saxl.

The anthology film is composed of 24 shorts + 3 bonus segments, each inspired by a unique take on holiday terror, with concepts ranging from giallo-inspired to stop-motion to Japanese ghost tales, and beyond every corner of the horror genre.

“At Epic, we look to foster unique and fearless talent from around the world,” says Epic CEO Patrick Ewald. “When Ivo, Frank, and Dominic came to us with DEATHCEMBER and the level of talented filmmakers involved, we knew that this anthology was an incredible opportunity for Epic to unleash a chorus of twisted visions from across the globe tied together in an awesome holiday horror gift to fans.”

DEATHCEMBER is set to premiere in 2019. 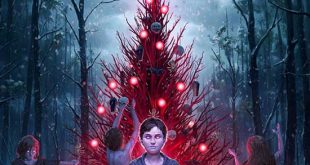