Home | Scream Factory Brings the Hammer Films Classics “Lust for a Vampire” and “The Reptile” to Blu-ray July 30th, 2019 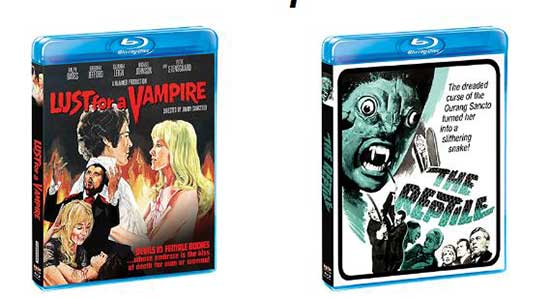 This summer, beat the heat with two creepy Hammer Films classics! On July 30th, 2019, Scream Factory will be releasing Lust for a Vampire and The Reptile for the first time on Blu-ray. Both releases include numerous new bonus features, including new audio commentaries and interviews, as well as feature presentation in two aspect ratios, 1.66:1 and 1.85:1. Fans can pre-order their copies now by visiting ShoutFactory.com
In Lust for a Vampire, a mysterious man performs rites of black magic, bringing the notorious female vampire Carmilla Karnstein back to life. Looking to quench her bloodlust for the fairer sex, she enrolls at an exclusive girl’s school as the young debutante Mircalla (Yutte Stensgaard), and begins to feast on her fellow students as well as indulging in her unholy desires for a teacher. With the death toll mounting at both the school and the nearby village, can anyone stop Carmilla’s evil ways?
Lust for a Vampire Bonus Features
In The Reptile, a deadly epidemic is spreading through the remote Cornish village of Clagmoor Heath. As darkness falls, its victims are found foaming at the mouth with savage wounds on their necks. After his brother falls prey to the “black death,” Harry Spalding (Ray Barrett, Terror From Under The House) travels with his new wife (Jennifer Daniel, The Kiss of the Vampire) to Clagmoor to investigate his sibling’s mysterious death. With little help from the unfriendly locals, Harry follows a trail of clues that leads him to the sinister Dr. Franklyn (Noel Willman, The Vengeance Of She), the doctor’s strange, but beautiful daughter (Jacqueline Pearce, Doctor Who) … and a horrific family secret.
The Reptile Bonus Features
Share

Tags Lust for a Vampire The Reptile

Hammer down with 3 new releases on Bluray 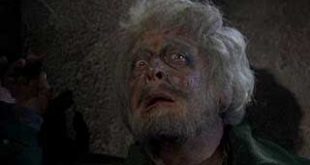