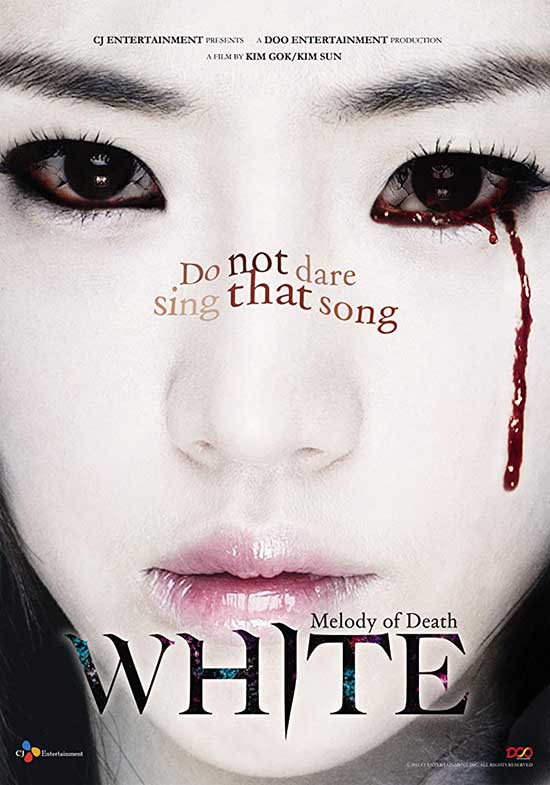 Girl group “Pink Dolls” is always pushed into the background by other popular idols. When the girls release their new song “White”, a remake from unknown origins they become instant sensations

Terrible title, terrible film. That sentiment might not always be accurate, but in the case of White: The Melody of the Curse, it very much is. Despite the kind of modernised twist on an old theme, the film does not succeed in bringing anything new to the scene. Instead it’s a paint by numbers horror with a tediously boring execution.

As the name might suggest White: The Melody of the Curse is a film about a cursed melody; a pop song to be more precise. At the centre of this curse is a girl group called Pink Dolls (another terrible name), who, despite trying their damnedest, just don’t seem to be able to catch a break and are always pushed on the bottom of the charts by other, more popular groups. However, when the group takes residence in a new rehearsal studio and the eldest of the group Eun-ju (Hahm Eun-Jung), finds a mysterious VHS tape containing a song titled “White”, they soon find that their luck is about to change. After shamelessly stealing someone else’s music and dance moves, and performing the song as part of a live show, the group finds themselves an overnight sensation. But as you might have guessed, stealing other people’s intellectual property is not going to end well. Especially when it’s property of a vengeful spirit. As the pressure increases and the competition for getting the spot as lead singer intensifies, the various members of Pink Dolls soon start to drop like flies, as results of “freak accidents”.

As said in the beginning, what you have here is very much a paint by numbers kind of horror film. The curse follows the group, until someone (in this case Eun-ju) is smart enough to think of something else other than themselves for a change and actually has a look at what’s going on around them. Inevitably their investigation reveals a crime committed in the past that resulted in someone dying and creating the curse. Sound familiar? It should, as it is pretty much the basic premise of any low brow horror film about a curse. What makes White: The Melody of the Curse particularly annoying is the complete lack of any kind of realism what so ever. Yes, I know, a film about a cursed song is not exactly something synonymous with realistic drama, but when several members of an only four-person group get hospitalized in very suspicious circumstances and no one (and I do mean no one), really seems too bothered by this, it kind of starts to distract from the viewing experience somewhat. The ghostly encounters also lack logic and don’t seem to follow any kind of coherent pattern. 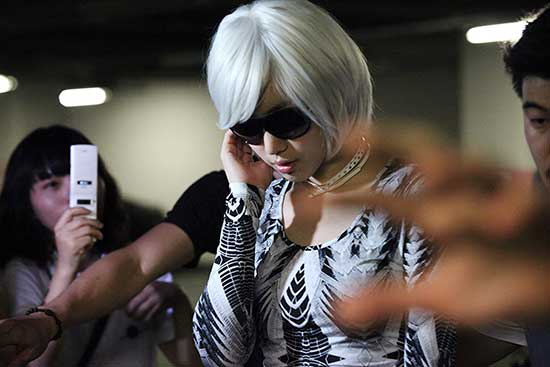 Scares in this so-called horror film are nearly non-existent and even though I found myself watching White: The Melody of the Curse on my own, in the middle of the night, in a dark room, I can’t say that the film managed to creep me out or make me jump even once. The ghost is only a very small part of the film and unfortunately the special effects used have not been able to create a particularly spooky character. There’s also a big thing about supposedly menacing video clips of the group members, but even they just look like bad quality clips from the early days of the internet. 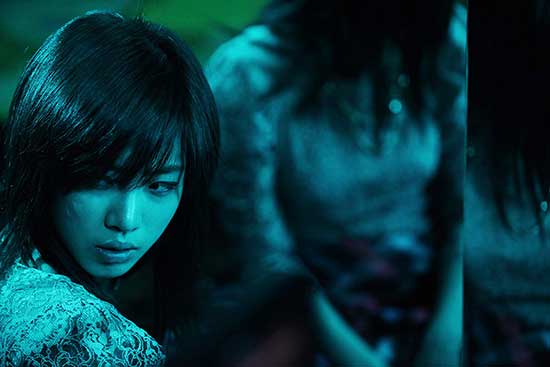 Not especially frightening. Had the film focused more on the internal rivalry of the group and the tensions rising from the fact that the Pink Dolls are a completely manufactured group, pushed together by the record company, it could have maybe made a more interesting watch. A real-life rivalry gone bad and a group member on a psychotic killing spree would maybe not have been the most original concept, but would have definitely made a more intriguing storyline than a cliché-ridden ghost story.

So, if you’re looking for a good, solid Korean ghost horror, look somewhere else. You are certainly not going to find it here.