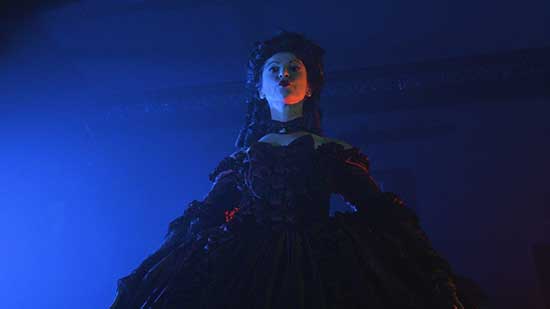 AUTOMATA has earned its place in Kickstarter history as the UK’s most funded narrative film ever. Why do you think that happened?

The reason this happened is because there is a disconnect between a swathe of the audience, in our case a genre audience, and commercial distributors. Because commercial distributors and broadcasters for that matter, are so adept and so accustomed to selling a type of predictable product, that a form of repetition occurs whereby films that might not fit the mould, are simply not sold, and hence not usually produced. With Automata, and with all of our films at Hex Studios, we utilise that underserved niche, to produce unique genre films, which would be considered both unpredictable and even risky. Despite the financial merit of our achievements, when met with these facts, most industry types bury their head in the sand and plug their ears.

You have described the film as a glorious celebration of gothic horror. Can you elaborate?

Myself and Sarah Daly, we both grew up on classic Hammer Horror, Amicus and the American International Pictures (particularly those produced by Roger Corman and Vincent Price.) That, coupled with a great love of Gothic literature, and the art-movement which shares its name. It places the raw intensity of human emotion and the supernatural at its core, aspects which are of great importance to the human experience. In this respect, it provides a perfect field of creative exploration, with a rewarding sense of rich storytelling, romance, and spine-tingling chills. Our film celebrates all those influences mentioned in the above and adds to them an adult sense of perversion. The idea, that something can look pretty, beautiful even on the outside, and be pitch black on the inside. Gothic narratives, are a great way to explore such theatrical depictions while retaining a deep sense of psychological narrative. 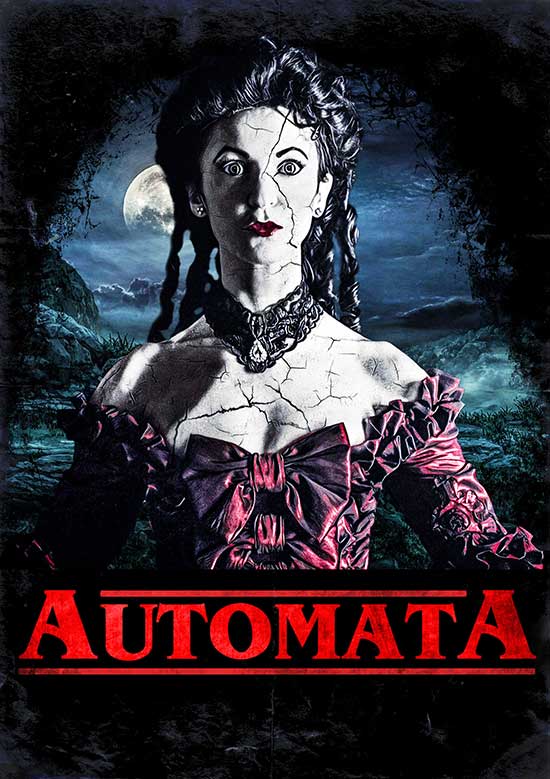 That is a really interesting question because, with my head down working on the film it is easy to lose a sense of the outside perspective, especially of anyone’s new perspective. If you’re to describe the film as a dark erotic Gothic Fantasy / Horror then that is fairly compatible with its influences. Additional influences stem from the Marquis de Sade, and of the novel Lolita by Vladimir Nabokov, among others. We examine adulthood, some aspects of perversion and the manner in which we may become complicit in thoughts and deeds we’d admonish in others. So, to answer your question I would say, yes.

Some of the main cast have appeared in your previous films. Does this reflect a close collaborative process? Take us through the key casting process.

Yes, we do take a collaborative approach to our filmmaking. I was always inspired by the John Waters ‘dream team’ approach and I do enjoy our team feeling like a family. Of course, each film brings new talent a well, but we do offer a strong sense of appreciation and loyalty towards those we’ve worked with both in front and behind the screen. With casting, there is a sense of repertory theatre, but the benefit of this model is that it allows us to grow our talents together. From each film, myself and our actors can discuss where we can take our talent forward. 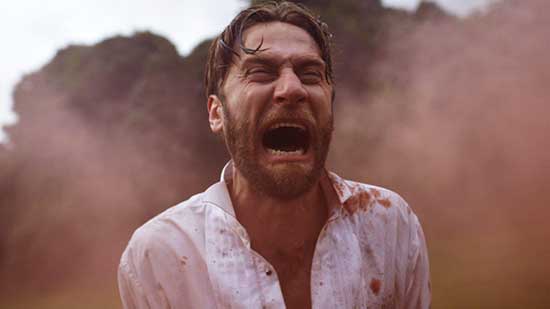 Literature seems to be a huge inspiration in all the films you and co-creator Sarah Daly have made through Hex Studios. Are there literary roots to AUTOMATA?

There are definite literary influences, though they may be difficult for me to singularly identify. Broadly speaking, me and Sarah take influence from Gothic authors such as M. R. James, Edgar Allen Poe, H. P. Lovecraft, Henry James and modern authors such as James Herbert. This particular film takes additional inspiration from the works of the Marquis De Sade, and of Lolita by Vladimir Nabokov. In general, we produce so much pre-production material and research for the histories that abound in the sliver of story told by our films, that they almost feel like adapted novels, rather than specifically produced screenplays.

Where do you think our fascination with automata, particularly with automaton dolls, comes from?

I’ve always had a fascination with creepy dolls and have found Automaton to be of particular interest. I hadn’t thought of producing a horror film specific to that subject, until I saw one depicted in the horror film ‘Gothic’ directed by Ken Russell. I wondered then, with so many ‘creepy doll’ films why the story of a such a doll hadn’t been told before. Also, in the context of a Gothic Romance, which the period of those creations would be ideally suited. 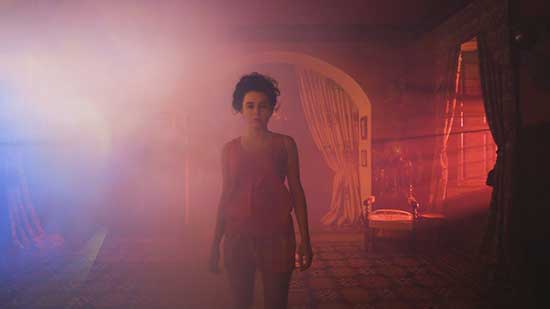 Without giving too much away, there is a magnetic, perverse beauty in Alexandra Nicole Hulme’s interpretation of ‘The Infernal Princess’. What challenges did bringing the doll to life present?

Primarily our challenge was to produce the correct balance of what might present the ‘uncanny valley,’ that so-called determinator of the line between ‘life like’ and ‘artificial’ that we find so disturbing. Alexandra Nicole Hulme produced a brilliant performance, which I believe presents the uncanny valley experience for the audience, while also creating a sense of humanity and sensuality in her portrayals of the doll and it’s living muse, in the flashback scenes. Alexandra also choreographed careful movements and a magnificent clockwork dance, which is truly quite breath-taking to behold.

AUTOMATA is to receive its world premiere at Arrow Video FrightFest Glasgow 2019. How important is your relationship with FrightFest?

We’re honoured and delighted that FrightFest have chosen Automata to be a part of FrightFest Glasgow. I’m a huge admirer of everything that FrightFest has built and achieved for the genre community of filmmakers and fans. If it weren’t for FrightFest, and it’s commitment to present a diverse range of genre films to its audiences, then studios like Hex would struggle to find the appropriate platforms to share our films. Through our relationship with FrightFest, we are able to support that event, and receive their support in such a way, that we can build an alternative path for films to reach audiences outside the traditional market model. FrightFest is a pillar from which new independent films can be supported. 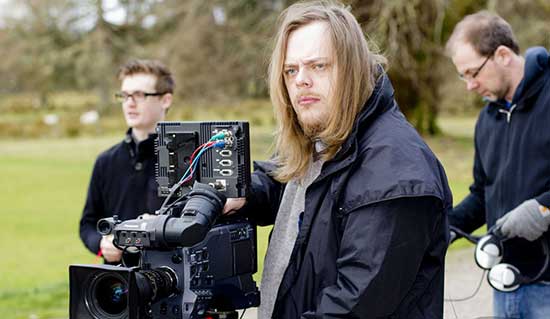 Hex Studios has created a YouTube Channel, which currently has over 270K subscribers. Having shrewdly released Kate Shenton’s EGOMANIAC, what future plans do you have for the growing indie supporting platform?

We’ve two channels now, our main channel for which we hope to produce more Horror themed prank videos, web series and indie film presentations of the type you mention. Our overall aim with the channel is to create a platform and a voice for independent horror genre film-makers that will allow us to grow together, while expanding the audience for us both. We also have a new channel: ‘Hex Creepypasta’, which will be focussing on narrated horror stories as well.

What does 2019 hold in store for Lawrie Brewster?

2019 will be our biggest year yet, in which Hex Studios will be distributing a number of feature films, including two of our own productions Automata and our portmanteau For We Are Many. We’re also looking to produce several web-series, while developing new feature films, as well as distributing two hard-back books, filled with terrifying short stories. While our plans are somewhat broad and ambitious, our target remains niche, which is to say, we aim to produce great horror entertainment for an audience that feels underserved. While so many are being ‘too cool for school’ or begin meta-ironic and retro, we’re instead quite earnest and traditional. Horror is a timeless and beautiful thing and we do our best to keep the candle alive… even in its darkest vaults!

AUTOMATA is showing at the Glasgow Film Theatre on Sat 2 March, 1.00pm, as part of Arrow Video FrightFest Glasgow 2019.  Lawrie Brewster will be attending. 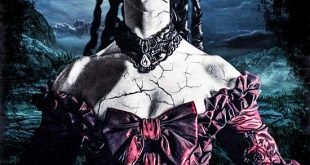 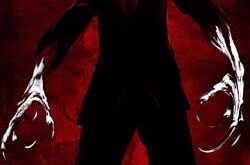