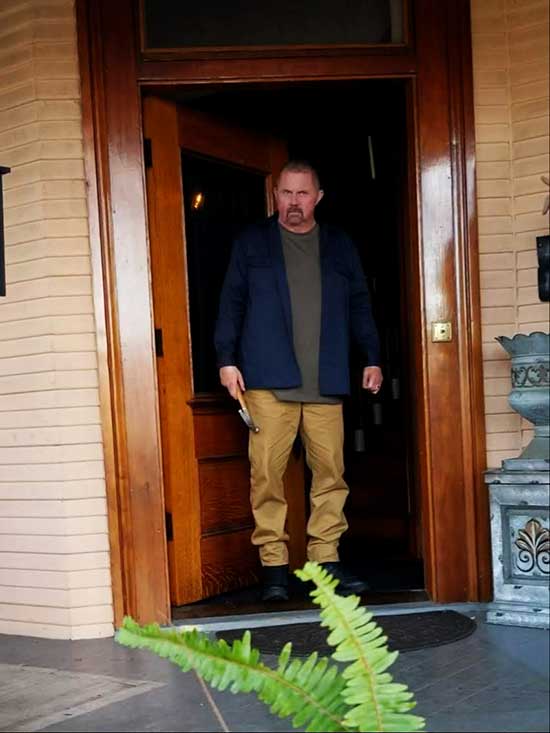 Get ready to see Kane Hodder like you’ve never seen him before in Zach Grasin’s KNIFECORP which started shooting this week in Los Angeles. High School senior Wally Banks (Austin Kulman) is selling knives door to door to help his mother (Felissa Rose) after the death of his Father.

When Walley knocks on the door to an old Victorian house owned by Angus Finn (Kane Hodder in a career changing performance) , he opens a pandora’s box of dark secrets and emotion that threatens not only him, but his friends and Angus as well. From Alcott Street Productions and Sinful Celluloid Entertainment comes KNIFECORP.

A film that explores the dark recesses of the human psyche when damaged by grief and loneliness.