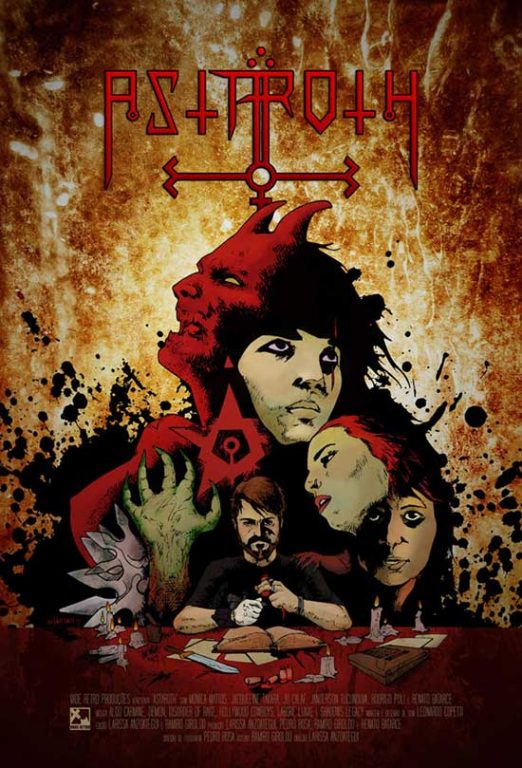 Shrouded by the mists of time, she has been forgotten … But there is always someone to remember. Gregório (Janderson Tucunduva) is a tattoo artist obsessed with Astaroth (Monica Monteiro), a demonic entity lurking in the shadows with promises of desire and pleasure. With the art of tattooing and his arcane knowledge, he intends to rescue her from the mists of oblivion and bring her into the world of the flesh. Two young women are involved in her plans: the determined tattoo artist Dri (Ju Calaf) and the sweet guitarist Lia (also played by Monica Mattos). A friend of theirs, Mai (Jacqueline Takara) is the young woman who will use her martial arts training to try to defend them and combat the designs of Hell.

The Brazilian filmmaking group of director Larissa Anzoategui, writer Ramiro Giroldo, and cinematographer Pedro Rosa, also known as Astaroth Productions, started back in 2012 with the short film Limerence. In the years since, they have gone on to put together a handful of short films that have worked their way through the horror film festival circuit, as well as a nice photography portfolio and a line of merchandise including prints and t-shirts. But their master work, at least so far, is their full-length debut feature, appropriately titled Astaroth. This is a film that features demons, heavy metal music, beautiful ass-kicking women, and a good amount of blood and gore, all of which have become Astaroth Productions’ trademark features.

The protagonists of Astaroth will definitely be familiar to fans of the team’s work, which, along with the reoccurring themes and styles, is 100% intentional on the part of the filmmakers. Jacqueline Takara (Cherry from Red Hookers) plays Mai, a young woman with a crappy boyfriend (Brito, played by Rodrigo Poli) and a strong martial arts background. Ju Calaf (Mulher in Limerence, “Lady Shub” in Red Hookers) plays Dri, a hard-partying artist who catches a big break when Gregorio (Janderson Tucunduva), a local tattoo artist, asks her to come to the shop and try her hand at the job. And last but far from least is Monica Mattos (Karen in Red Hookers), who plays dual roles: Lia, a guitar player who’s been having strange demon-filled dreams, and Astaroth, an Ishtar-like demon, lust embodied in a female form, who is working her way back into the land of the living with the help of Gregorio, to whom she has promised her gratitude as well as her body. 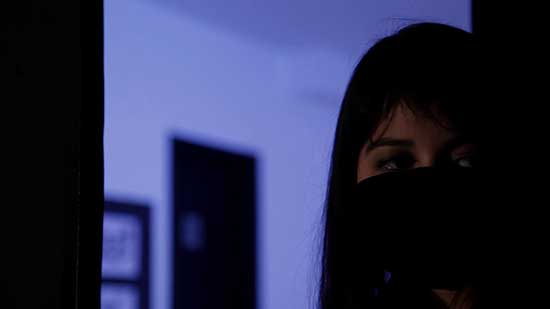 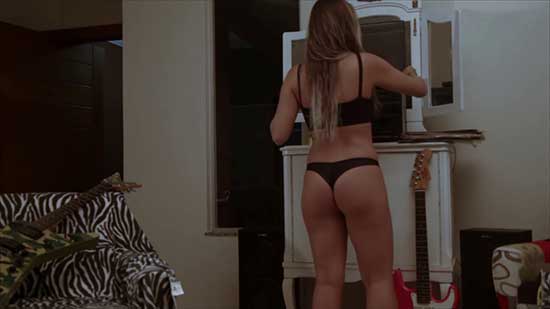 We know right up front that Gregorio is not on the up and up: the opening scene shows him reading through a grimoire and combining his blood and some unknown herbs with his tattoo ink, all with the guiding hand of the demon Astaroth. And so, when the house party at Dri’s place eventually starts, complete with a full lineup of metal bands playing in the living room, we know it’s bad news when Gregorio shows up and starts chatting up the ladies. Astaroth is right there in his ear again, prodding him to carefully choose a body for her to take over, which is how he begins talking with Lia. Meanwhile, Mai’s boyfriend Brito drunkenly gets in a fight, and she has to step in to save him from an ass kicking, which violates every machismo rule in the book, so of course he acts out against her. Soon, Gregorio and Dri are tattooing people with his “special” ink, which unbeknownst to Dri is infecting them, not only at the skin level but deeper, turning them into pawns of the demon Astaroth, and the ladies need to do something to stop them before they succumb to the evil themselves.

Astaroth was filmed in 2014, followed by a festival run and an eventual DVD release. Even so, it exhibits tremendous growth by Anzoategui and Giroldo as filmmakers – Limerence showed tremendous potential as a short surreal tale, and Red Hookers displayed the ability to adapt familiar Lovecraftian horror tropes in a distinctly Astaroth Productions kind of way, but the full-length Astaroth serves as their magnum opus to date. It is a step up in every facet of filmmaking. The story is great, the direction is fantastic, and the actors, now quite familiar with the folks behind the camera, do their best to bring the story to life. Yes, this is a low budget film, but this is a team that has proven they know how to work with what they’ve got. The bloody, gory effects put together by Anzoategui, Rosa, and Fritz Hyde look fantastic, tightened up a bit even since Red Hookers, especially the makeup job transforming Mattos into Astaroth, the red-skinned, horned demon out for blood. There are a couple of nice montages of the ladies getting ready to party and later practicing their skills in a classic 80s style, thanks to the editing of Anzoategui and Giroldo. All of the filmmaking techniques on display in their past short films show a definite evolution in their first full length effort. 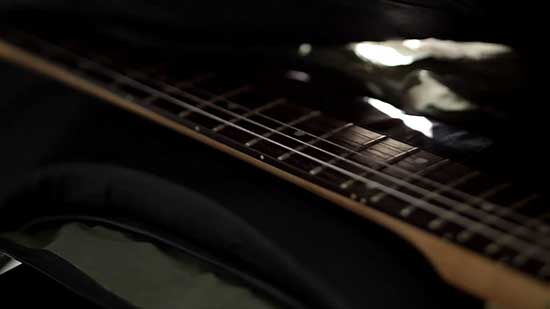 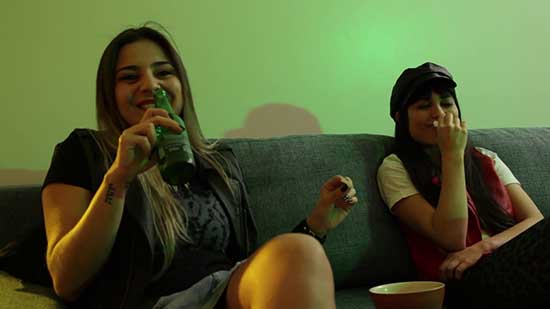 To put it very simply, Astaroth is a really fun time, packed full of everything you could ask for from a low budget horror movie. It’s sexy, it’s bloody, it’s got tattoos and demons and parties and metal bands and even a brief display of ninja skills. Anzoategui and company know what they’re doing, and one can only imagine what they might be able to create if they had a big budget to fall back on. With each film, they get a little bit better, and Astaroth proves that they are capable of putting together a full-length motion picture just as well as they can a short. I can’t recommend this enough – in fact, I suggest it as a double feature with Laurel Vail’s award-winning short, What Metal Girls Are Into. A must-see for fans of Brazilian horror and films about demons and possession, and just anyone who loves a good, fun horror-filled time.