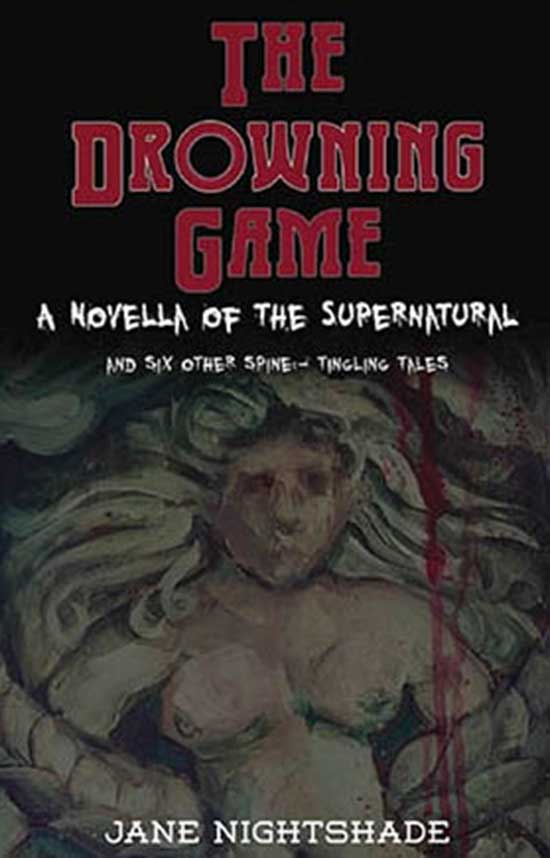 We live in a world of extremes now, especially when it comes to our entertainment options. I myself am certainly guilty of pushing the limits and I can offer up plenty of examples over the past few decades that will justify my artistic right to do so, but the question that needs to be addressed is, is it always necessary to do so? Jane Nightshade says no, it’s okay to exercise restraint and if it’s done properly one can still tell a good story.

“The Drowning Game” is a collection of fairly lengthy short stories that revolve around a young girl named Sandy who lives in a small northern California town called Sutton. Her story begins at the age of 12 in 1972 when her and her three best buds begin to use a neighbour’s swimming pool as their personal source of escape from the crushing heat wave that has the entire town trapped within the doldrums of feeling as though they are slowly being burned alive. The reality of small-town life is never more crushing, more suffocating, or more painful than it is for a young person who is too old to be amused by the simplest of pleasures but is still far too young to forge their own escape into the wider world.

When I do a review I try to avoid giving away too much about the actual plot because I’m aware that we now live in an age whereby if I tell you that Sandy’s Chuck Taylor’s were red instead of black, and she had bright green shoe laces, someone is going to scream that I had given away the entire story and I’ve “spoiled” any chance for them to have ever achieved the maximum optimal reading experience. By the way, I have no idea what kind of shoes Sandy wore, let alone the colour of her laces. I’m just trying to make a point that we no longer live in an age where books, tv shows, and movies are crafted for entertainment purposes, first and foremost. Since most people nowadays don’t have a personally meaningful life to speak of, they tend to invest themselves in books, movies, and tv shows as though those only those venues, (as opposed to the real frigging world), allow them the chance to do their real “living” within these strictly fictional frameworks but only if they have absolutely no clue what to expect.

What I can say is that according to Nightshade her big influence was Ray Bradbury, who himself began his illustrious career as a scary writer from a bygone era, (Something Wicked This Way Comes). To me though the whole tone of her story felt more like a Robert R. McCammon story only without the unpredictable explosions of gruesomeness that made McCammon a heavyweight worth respecting in the horror game. Nightshade gives you a lot of good creepy vibes, and in terms of her technical skills she is solid when it comes to things like pacing, character development, exposition, and narrative style. She knows how to lead the reader along to a pre-determined destination without ever caving in to the temptation to go full-throttle with the extreme descriptions just for the sake of shock value. Her story can actually be read by a 12-year old girl, say on a pleasant summer day while sitting in the back yard, and that girl can enjoy a few thrills that won’t in turn force her parents to rush her into some kind of serious counselling involving touch dogs and kitten videos as though she had just witnessed Sansa Stark getting raped to within an inch of her life.

It sounds like a strange way to put it but I’m not much younger than Nightshade and I found “The Drowning Game” to have an almost Nancy Drew feel to it that I rather enjoyed. She offers up good atmosphere and a main character that I found to be quite sympathetic. The closest thing I have to a criticism is that Nightshade rushed her story to market and she missed a lot of typos as well as other editorial-style errors. If she took back her manuscript and went through it, she can clean that up in a week and then her story will be perfectly suitable for everyone.

In both tone and feel, “The Drowning Game” harkens back not so much to a more innocent time because trust me, things were pretty nutty in the early-70’s, but it harkens back to a time when authors, as well as filmmakers, made a much more serious effort to appeal directly to people’s imagination. They knew that if they set up the scene in just such a way, they could induce their audience to envision the rest. “The Drowning Game” is the kind of story that Steven Spielberg could turn into a really fun flick that won’t warp a kid’s sensitivities, nor put that kid onto the path of becoming addicted strictly to sensations, (that’s my job). What Nightshade does nicely is she keeps the emphasis upon how a variety of experiences impact Sandy emotionally as she struggles towards adulthood-level autonomy. This is a lovely story, and in this day and age it’s a nice change of pace from the usual fare that we have all become more than a little numbed by. Give it a shot. You’ll like it. 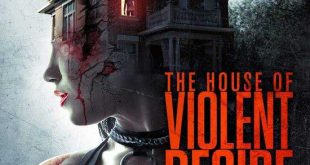