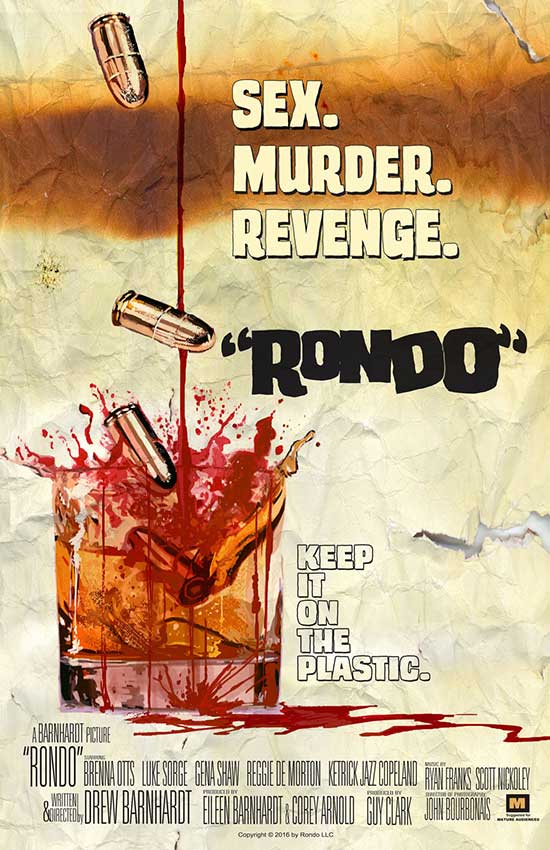 Stylish & Pulpy American Indie Rondo Acquired by Artsploitation Films
Part Black Comedy, Part Slasher, Part Revenge Thriller. All Exploitation!
Film will be on the Festival Circuit then Will be Released on Blu-ray, DVD, Cable and Digital HD in early 2019

“Rondo harks back to the exploitation classics of the Sixties and Seventies…From the design of the sets to the delivery of the dialogue, everything is note perfect. Rondo promises cheap thrills and delivers expensive ones. Its sleaze is a class act.” — EyeForEye

At the start of AFM, Artsploitation Films has announced it has acquired the US and Canadian rights to Drew Barnhardt’s American independent, Rondo. The film World Premiered at the Fantasia Film Festival earlier this year to a bevy of enthusiastic reviews and sold out audiences. The deal was negotiated by Bill Straus of Bridge Independent and Ray Murray of Artsploitation Films. 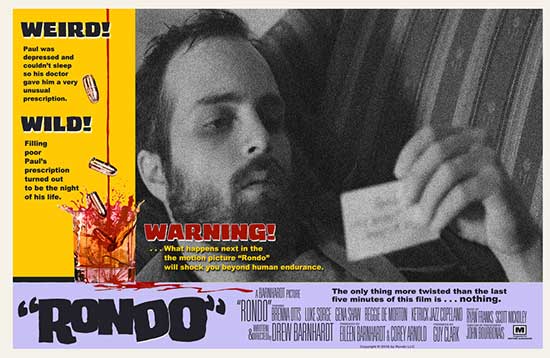 Synopsis: Paul, a troubled young veteran, is told by a psychiatrist that sex is the solution to his dependency and drinking problems. But things turns out otherwise as Paul and his sister are sucked into a criminal underworld where sex and murder are daily specials and revenge is served piping hot.

Artsploitation’s  Murray says, “The moment the ominous voice-over begins in Rondo, I was taken away to my youthful times at 42nd Street grindhouses, where great exploitation films taught me all there is to know about movies. Director Drew Barnhardt pays homage to these films while injecting his own dark modern touches. Intelligent, craftily stylized and wildly entertaining, Rondo is a film that screams, “Artsploitation.” Barnhardt of Bridge comments, “Drew Barnhardt is an extraordinary talent and we’re thrilled to have partnered with Artsploitation who will know just how to cultivate an audience for his unique vision.”