Home | Nadia Alexander in THE DARK, Coming to Theaters+VOD 10/26 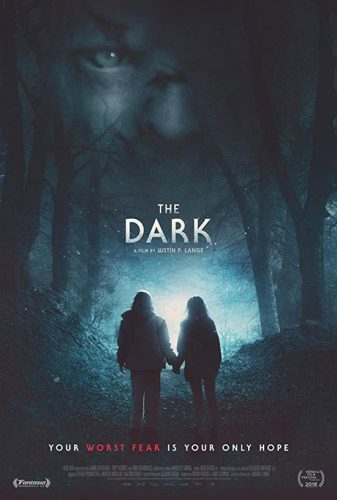 IN THEATERS AND ON VOD
OCTOBER 26, 2018
Debut from Justin P. Lange stars Nadia Alexander of TV’s The Sinner and Netflix’s Seven Seconds
Matthew Holness  is known for his comedic roles on The Office and cult favorite Garth Marenghi’s Darkplace, but his first feature film Possum (which he wrote and directed) moves into darker territory.  This psychological thriller with horror elements is in theaters and on VOD 11/2 from Dark Sky Film
On the outskirts of a small town lies Devil’s Den, a mysterious tract of woods where many have entered but no one has ever left. The local rumor is that the spirit of a young girl who was horrifically murdered there haunts and hunts in this dense forest, brutally slaying anyone who dares to step into her terrain. When a man with a dark past crosses her path, a series of events are set in motion that may lead to a peculiar kind of redemption for two tragically tortured souls.
Part gothic fairytale and part chilling horror, director Justin P. Lange’s debut feature balances rich imagery with a brutal and bloody story of unlikely kindred spirits who must defend themselves against the villainous powers of the ‘normal’ world.
THE DARK
Written and Directed by Justin P. Lange
Cast: Nadia Alexander (USA’s The Sinner, Netflix’s Seven Seconds), Toby Nichols (Netflix’s Iron Fist, Trumbo), Karl Markovics (The Counterfeiters)
TRT: 95 min
Country: Austria
Rating: Not Rated
Language: English
Genre: Horror
Share