A KILLER GHOST MEETS A LOST SOUL IN THE YEAR’S BREAKOUT
HORROR FILM
THE DARK
Comes to DVD on January 15, 2019
“A moving and poetic tale about how neglect and abuse can turn people into freaky beasts, and how love can bring them back.” – LOS ANGELES TIMES
“Well-crafted and well-acted.”  – VARIETY 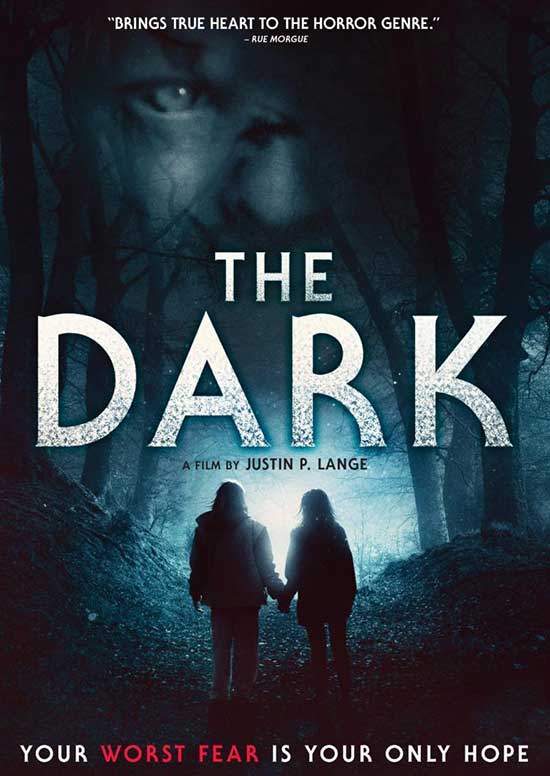 THE DARK, the biggest hit of 2018 for Dark Sky Films, is now the horror DVD of the year. On the outskirts of a small town lies Devil’s Den, a mysterious tract of woods where many have entered but no one has ever left. The local legend is that the spirit of a girl who was horrifically murdered there haunts – and hunts in – this dense forest, brutally slaying anyone who dares to step into her terrain.

When a young man with a dark past crosses her path, a series of events are set in motion that may lead to redemption for two tragically tortured souls. Part gothic fairytale and part chilling horror, director Justin P. Lange’s debut feature balances rich imagery with a brutal and bloody story of unlikely kindred spirits who must defend themselves against the villainous powers of the “normal” world. Starring rising actors Nadia Alexander (USA’s The Sinner) and Toby Nichols (Netflix’s Iron Fist), THE DARK has been called “an ingenious reworking of the zombie genre” by Stephanie Archer of Film Inquiry. Horror Society‘s critic MGDSQUAN praised it as “one of the best horror films of the year – 10 out of 10.”