’Paranormal Activity’ Creator, Oren Peli, and Imprezario Entertainment Resurrect One of the Most Notorious Urban Legends.
For Immediate Release 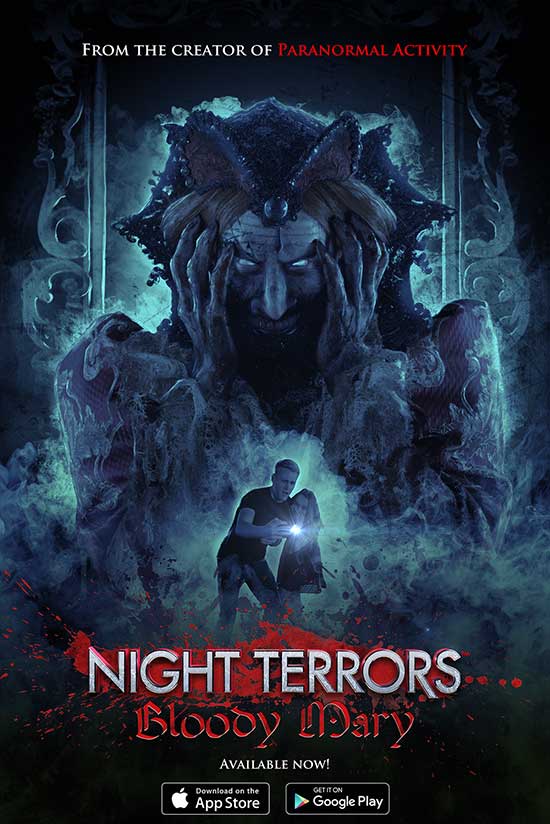 “Night Terrors” pioneers state-of-the-art technology to immerse users into a survival horror game. The player’s environment is filled with terrifying creatures – demons, souls and other petrifying entities. The phone’s camera, LED light, 360 audio, and other system features create customized scares by using unique AR captured content in order to truly immerse players in an experience unlike anything else.
“Throughout my career, I’ve prided myself on storytelling and exploring innovative perspectives to deliver some of the most electrifying moments in film. ‘Night Terrors: Bloody Mary’ is enabling me to work with a new creative medium that will bring the narrative to users in their own homes, this time through their mobile device. I can think of nothing more horrifying, so I could not be more thrilled to be at the forefront of this emerging entertainment technology,” said Oren Peli, Executive Producer.

“‘Night Terrors: Bloody Mary’ will be the first of two new AR app experiences developed by Imprezario Entertainment over the next several months, and we plan to continue increasing our AR gaming presence each year moving forward,” said Bryce Katz, Imprezario co-founder. “Our goal is to create a vast array of new adventures in a variety of genres incorporating high quality characters and immersive storylines for all ages.”

The new “Night Terrors” experience brings to life the urban legend of Bloody Mary and the terrible fate she inflicts on those foolish enough to summon her. The horrifying tale has been shared for hundreds of years. Unwanted at birth, Mary Tudor was the daughter of the notorious King Henry VIII, who beheaded any queen that failed to give him a male heir. 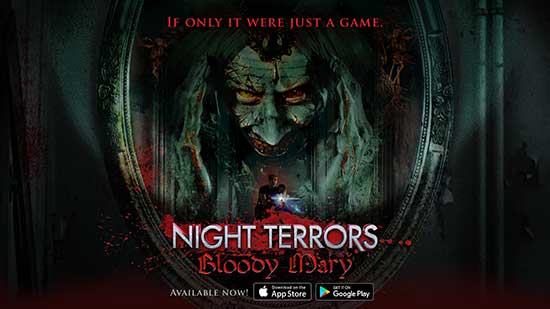 Sustained by her vanity and the mirror that was never far from her side, she rose above all rivals to become England’s first reigning queen. Answering to no man, she ruled alone and the tyranny of Queen Mary’s reign matched her father’s as did her obsessions which lead to hundreds dead by her command. It was this bloodshed that earned her the moniker that would last forever – Bloody Mary.