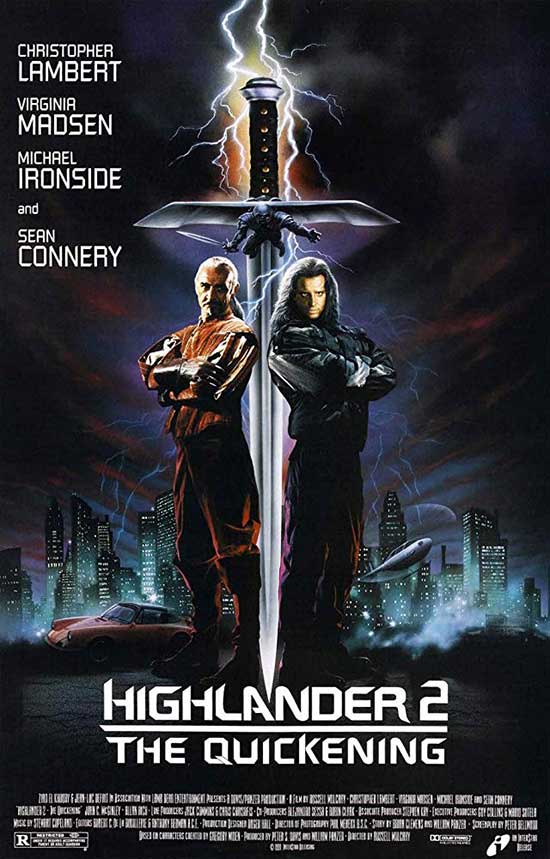 In the future, Highlander Connor MacLeod must prevent the destruction of Earth under an anti-ozone shield

If there’s one lesson that’s been learned over the years about making a sequel to Highlander, it’s this: DON’T DO IT! The original Highlander movie is one of those films that seemed to become a cult classic the moment it came out in 1986. It was an original tale about immortals that can only be killed by decapitation who are drawn to New York to fight each other until there is only one left.  Following the heroic Connor Macleod, the film was a great reflection on what it would really mean to be ageless and the psychological cost that would cause. It was also was a kick-ass movie with some awesome sword fights and one of the best cinematic villains around.

Warning: There will be spoilers to the first movie 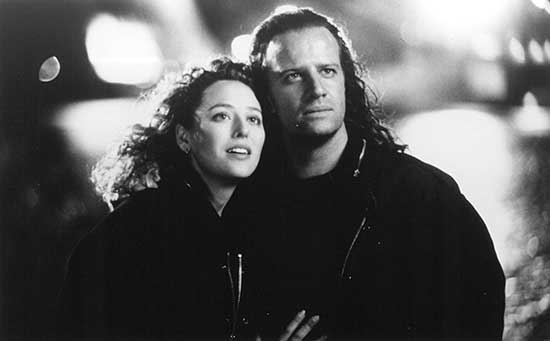 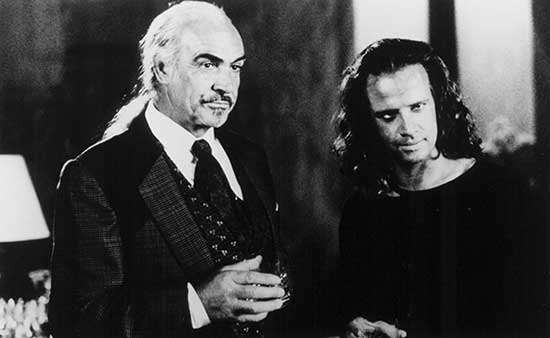 Highlander 2 takes place 40 years after the events of the first film. After winning the mystical Prize at the end of the first movie Connor had chosen to become mortal. He was had grown physically old over the years, and is a figure of controversy after having helped develop an electromagnetic field to help protect us from harmful solar energy after the Earth’s ozone layer has deteriorated too much. No one has seen a blue sky for decades as a result, and many people are upset about it. Adding to his problems is the revelation that the immortals were originally from the planet Zeist and had been banished to Earth. Meanwhile, on that world, the evil General Katana is worried that Connor may still pose a threat, so he travels to Earth to kill him once and for all.

After making such a classic film like the original Highlander, it’s hard to believe that Russell Mulcahy could make such a blunder with the sequel. His follow-up lacks the nuance, depth, and heart that made the first film so wonderful. Instead what we got was a film that added a ridiculous backstory to the immortals that basically turns them into aliens. Not only does this ruin the mystique and wonder of the concept, but it adds a whole new dimension that seems both out of place and utterly silly. The film also turns the Quickening, the power that makes immortals what they are, into a deus ex machina device that allows Connor to do things we never witnessed being done before. It also never answers any of the questions these new uses of the power raises. Questions like: If Connor was able to do things like resurrecting another person from his past why didn’t he do that before? 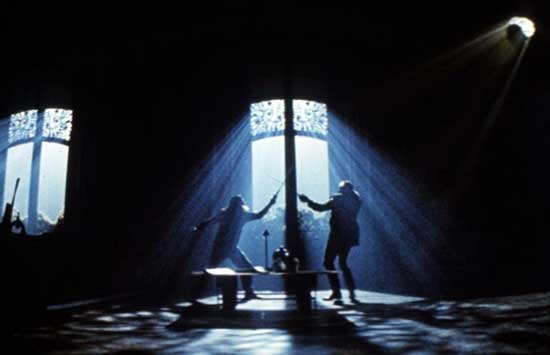 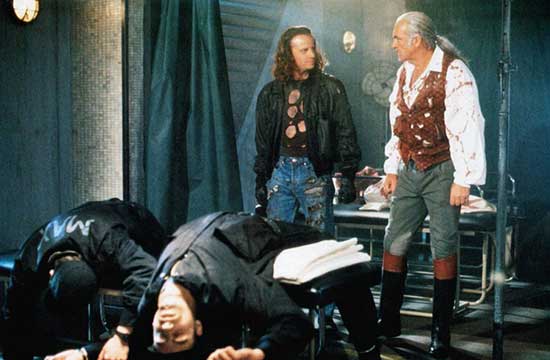 This film also doesn’t expand or touch upon the concepts that the first movie tackles. In the first film, Connor saw his immortality as a burden he is forced to bear only because if someone like the evil Kurgan won the Prize it would mean a dark day for humanity. This sequel, on the other hand, is a purely empty spectacle that boils down to a good versus evil without anything deeper going on. Maybe if they had the main villain, wonderfully played by Michael Ironside, actually have a motivation that made sense it could have helped provide some material that allowed the filmmakers to explore more ideas from the original movie. Instead, he travels to Earth just to kill Mcleod, which was ultimately pointless since Mcleod was happy to be mortal and face death as a normal man. He had physically aged to the point that his time on Earth was pretty limited. However, by his own actions, General Katana actually gives our hero the means to rejuvenate himself and become a threat again. It would have been ironic if it hadn’t come across as being so stupid. The blatant stupidity of Katana’s actions only works to devalue his character.

The other villain in the movie is the C.E.O. of a major corporation and never comes across as anything more than a nuisance. He never feels like a real threat. This is not due to any fault of actor John C. McGinley and do more to the material he’s given to work with. His character was little more than a stereotypical evil corporate leader douchebag that you’ve seen in dozens of other movies already. Both he and Katana lack any kind of element that makes them genuinely seem like someone that can stop our heroes. They barely feel like obstacles much less dangerous and powerful foes. 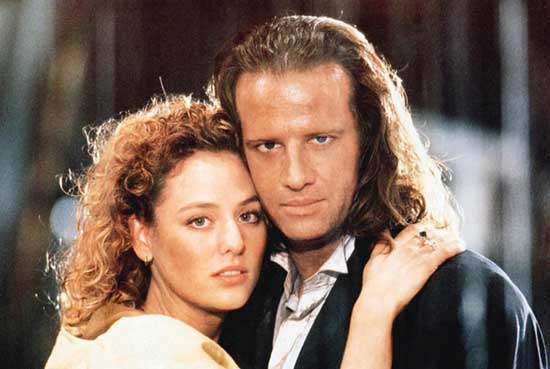 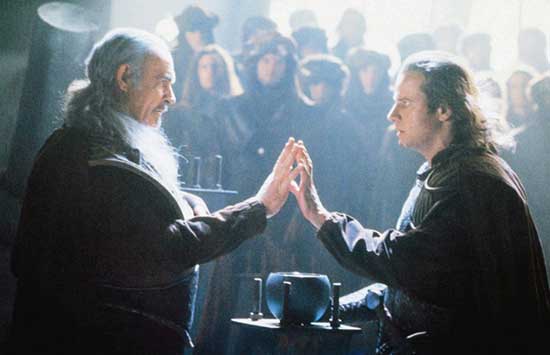 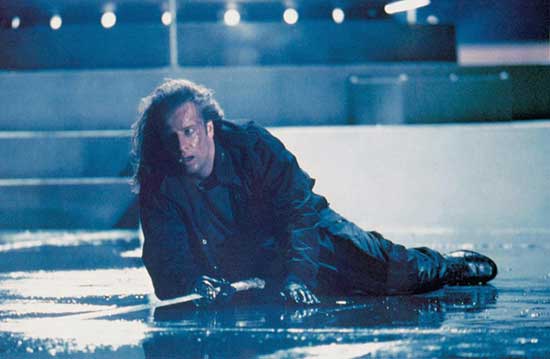 The film is filled with all kinds of plot holes that make you hang your head in bewilderment. Some of the character interactions make little sense. Things happen between characters mainly because the filmmakers want them to and not because there was a build up to make you believe that that’s where things were heading. The best example of that is the romance between Connor and Virginia Madsen’s Louise. When they first met, he was much older physically and was telling her to basically screw off. Once he’s young again, they’re making out like teenagers parked on Lover’s Lane. Katana starts working with the evil C.E.O. corporation even though there really isn’t much of a reason for him to do so. It’s like the filmmakers wanted things to happen without having any idea of how to explain why it would happen.

That’s not to say that there’s nothing good to be found here. The acting is reasonably decent all, with Michael Ironside just chewing the scenery and just being fun. While it’s ridiculous that a man from another world would start making pop culture references and the jokes that he does, Ironside is just too entertaining for you to mind too much. 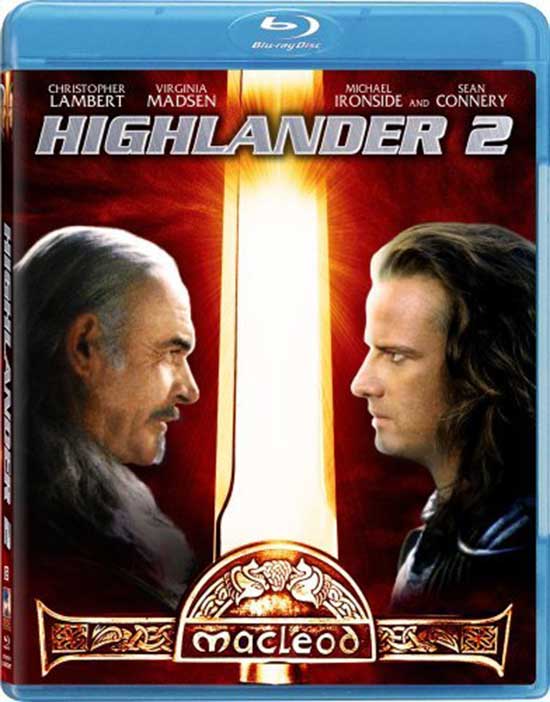 There is another thing Highlander 2 gets right that actually places it above not only the sequels but the television series as well. It’s that it doesn’t completely crap all over the ending of the first movie. The ending of Highlander is pretty dang clear: Connor won. There were no more immortals. Highlander 2 is the only time in the franchise where something that followed the first film actually tried to stay true to what had been established. It’s just a shame that the film was such an utter, ridiculous disaster.

Highlander 2 is not, by any stretch of the imagination, a good movie. It was the first of many sequels that would get progressively worse than the film that preceded it, and it was also filled with more silliness than you can shake a stick at. It’s just a jumbled mess of a movie filled with questionable motivations, dumb characters, and plot holes. It doesn’t have enough to put in that “so bad it’s good” category that a lot of people love. It’s just a flashy and empty follow up that did nothing more than begin the process of tarnishing the Highlander brand. 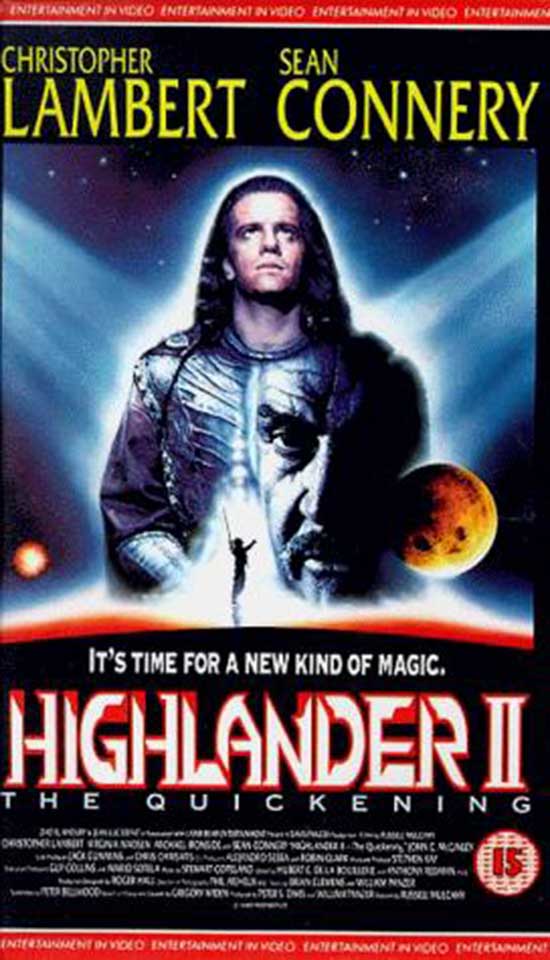 On a side note, if someone refers to the immortals as Highlanders around you, be sure to let them know they’re idiots. Only Connor (and Duncan) were Highlanders. Because they were from the friggin’ highlands of Scotland. Everyone else was just called immortals. I don’t know why that’s so hard for some people to grasp, and I can’t be the only person that finds that obnoxious.