Home | Halloween Horror Nights 2018 – What We Know So Far 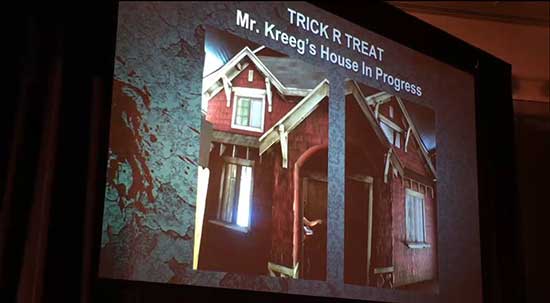 Let’s start this off with a little background info…

Halloween Horror Nights (or HHN) is a yearly event held at Universal Studios Orlando, Hollywood, Singapore, and Japan. All four events have similarities as well as differences, but we’ll be focusing specifically on the Orlando event, which has promised an 80s theme. (Check out our review of last year’s event here.)

HHN is a horror lover’s dream, beginning September 14th and running through November 3rd. If you haven’t yet gone, as a horror fan I suggest you look into it and see it you can make it happen (note: it is a bit pricey, but if it’s your big vacation for the year, it’s 100% worth it). Each year, this one being the 28th, the powers that be at Universal slowly release details of the event bit by bit, building hype like no other attraction, leaving you little choice but to check Twitter or Facebook every day for new details, house announcements, and clues to what horrors we might see this year.

As August begins, we already know a good chunk of what’s to come, so let’s review.

On July 29th, Michael Aiello, creative director for Universal Orlando, attended Midsummer Scream in California and sat on a panel with his Hollywood counterpart, John Murdy. It was there that he revealed some exclusive details of HHN 28. 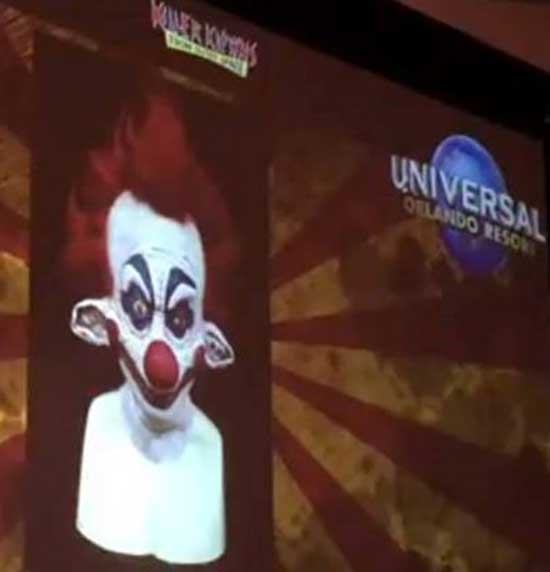 This year HHN will feature 5 unique scare zones. For those of you in the know, a scare zone is where the horror bleeds out of the houses and into the streets. Different streets within the park will have a specific theme and actors in full costume and makeup will be roaming wild looking to scare, startle, and make unsuspecting guests jump out of their skin. All five zones have already been announced, so there’s no room left to speculate about what they might be – only what they might contain.

Two of the scare zones will be based off intellectual properties (IPs) – that is to say, licensed movies – and three are originals dreamed up by the creative team of Universal Orlando. Everyone has their opinion, but for my money, the originals are always where it’s at. They give the flexibility to work outside the box and create something truly unexpected.

The two IP scare zones are Killer Klowns from Outer Space and Revenge of Chucky. Killer Klowns has always been a favorite of mine and I’m excited to see what they do in the zone. At Midsummer Scream, Aiello showed photos of some of the mask sculptures they’d been working on for the zone and let us know that nearly all our favorite Klowns would be represented on the street.

Few details have been released on the Revenge of Chucky, other than the general theme: it will take place at a festival of toys in which Chucky has turned the other toys into his minions and they will be causing mayhem in the streets. The Child’s Play franchise has never been one of my favorites, but for the sake of the event and giving it my best shot, I plan to re-watch most, if not all, of the Chucky films in hopes of gaining a new appreciation for them.

Getting to the original zones, we have Vamp 85 – set on the streets of New York on New Year’s Eve, this zone sounds fairly straight forward. Vampires from the 80s.  Based on the setting, I’m hoping to see a Time’s Square ball drop at some point, but there’s been no official word on that yet. Next up is The Harvest. Directly from the Halloween Horror Nights website, this zone is described as “an old barn … Its walls are decorated with ominous objects and images from each haunted house, hinting at the horrors to come. This barn is not as abandoned as it initially seems, and by the time you realize what lies within, it will be too late. Foul creatures lurk within, ready for a harvest of flesh and screams.” The idea is reminiscent of what was one of the best houses at last year’s HHN, Scarecrow: The Reaping, which was set in the Dust Bowl and featured a real cornfield out front. Finally, we have my personal favorite (so far), Twisted Traditions. An area lit only by jack-o-lanterns that are “fused with decaying human flesh.” Decaying flesh pumpkins? Yep, I’m in! I can’t wait to see this zone come to life. 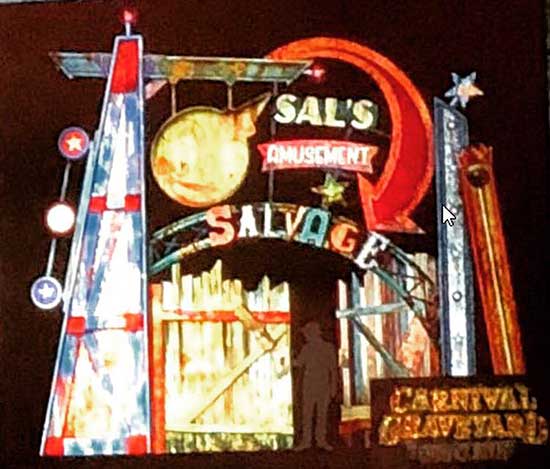 As far as haunted houses go, HHN28 boasts ten this year – the most the event has ever had. Although we only officially know five of them so far, it’s still enough to have me excited.

The first announcement, way back in the beginning of April, was for what will no doubt be the year’s premiere IP, Stranger Things. Focusing on the first season of the popular Netflix show, the house will take you through the Byers’ house, the high school, and yes, into the Upside Down. And throughout the house, you’ll be stalked by the many incarnations of the Demogorgon. We’ve been told Orlando will feature an open mouthed Demogorgon, a closed mouth version, and a puppeteered version of the beast.

The second IP house to be announced was Trick ‘r Treat. This property made an appearance last year as a scare zone and this year has been updated to a house. Every aspect of the movie will be represented inside the house, from the school bus massacre, to the werewolf princesses, with Sam appearing in each section watching the fun. Orlando’s house will begin at old man Kreeg’s house and I’m especially excited to see the school bus scene, which they say will be created as a practical effect.

As I said before, the original houses have been my favorite in the past, and this year feels like no exception. The three original houses announced so far sound pretty amazing. The first original is Dead Exposure: Patient Zero. This house is technically a prequel to a Dead Exposure house done in the past, but the basic premise is a completely dark room illuminated only by sporadic flashes of light… and also zombies. This year’s house takes us back to the start of the zombie outbreak – 1980’s Paris to be exact – where a mysterious virus is quickly spreading. They have created a vaccine, but the side effect is blindness. The team at Universal has given us clues to the house through Twitter in the form of postcards sent from an American woman visiting Paris to her sister in Ohio. As the postcards progress, the mood changes. Her husband goes missing, the military is forcing everyone into medical tents, the city has gone dark. Our experience will likely begin in those same medical tents and then out into the streets of Paris.

The next original, which promises to pull the heart strings of the USA Up All Night and Joe Bob Briggs’ MonsterVision fans, is called Slaughter Sinema. This house takes us through a mash-up of various (fake) B-movies from the 80s. We’re talking about Amazon cannibals, werewolf bikers, and a swamp yeti. All you could ever hope for from the days of cheesy VHS horrors from your childhood.

And finally, we come to Carnival Graveyard: Rust in Pieces. The idea is simple: a junkyard filled with the rusted remains of old carnival attractions. Then add in the angry, revenge-fueled carnies that call the place home. We’ve been treated to a mock-up of the house façade and it’s all neon lights and rusted metal. It’s beautiful. We’ve also seen a drawing of one of the scenes from inside the house which looks to be an old Tunnel of Love type attraction.

There are still five more houses to be announced in the coming weeks (yes, some titles have recently leaked, or so it seems, but we’re gonna play by the rule of until it’s officially announced, we don’t know for sure) and speculations are all over the board. Many are predicting Poltergeist to make an appearance, which sticks with the 80s theme. Others have mentioned Halloween (which would coincide with the release of David Gordon Green’s film), and a lot of people have been holding their breath for It and/or John Carpenter’s The Thing. Whatever else Universal Studios might have in store for us, there’s one thing we do know for sure: it will be a lot of fun and full of good times and good scares. And we’ll be bringing you another review come October, since we’ve already booked our tickets! (Sidenote: My wife and fellow horror lover, Jessica, helped me a ton putting this article together, and no doubt will again with future HHN articles. I might know about movies, but she has her finger on the pulse of the Orlando experience, and her contributions are more than appreciated.)