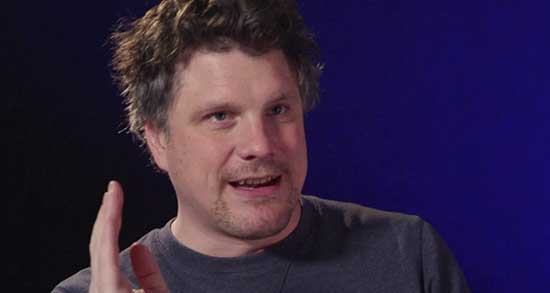 Hi Johannes, How are you?

First off, I would like to tell you that you did such an amazing job directing “The Strangers Prey at Night.”

Johannes- Oh, Thank you very much.

I wanted to ask you about the ending first. Was that a bit of a reference or homage to “The Texas Chainsaw Massacre?”

Johannes- Yes, definitely and oddly that was sort of one of the references in the script. I think a lot of the movie as you can see is very much with a lot of John Carpenter references. The ending with her in the back of the truck was written that way as a nod to “The Texas Chainsaw Massacre.”

As I was watching the Blu-Ray, the beginning with Dollface walking into the room and petting the dog, then she gets in bed. I had chills. I would have woke up right away! Now, what kind of challenges do you face when you are making a film like this?

Johannes- Oh, that is great! Once you are on-set you don’t get freaked out. There are about forty or fifty people moving around and there’s lights. It is never particularly scary when you are actually doing it. Sometimes you do something and it is disturbing. The scene with Mike (Martin Henderson) in the car, that was disturbing to watch.

When you are on-set directing. Did you have a conversation with the actors about what you were looking for or how did the process work for “The Strangers Prey at Night?” 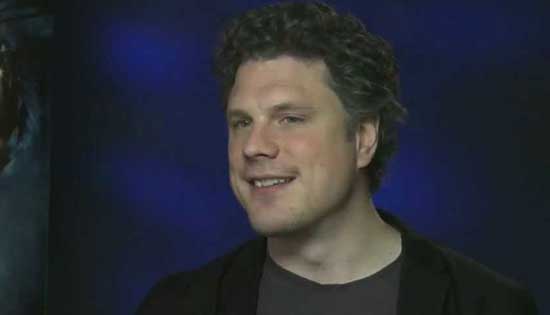 Johannes- I think every actor has their own of working. A lot of being on-set is learning how different people work best and then the tricky thing is when you’ve got four people, you know two very experienced people with Christina Hendricks and Martin Henderson. Then with Lewis Pullman is a little rawer. They have a different way of working amongst themselves. You sort of try and make the process work but it can be quite tricky.

I loved this cast and thought they did such a great job. Christina played such a great part as Cindy. You felt so bad for Bailee Madison and everything they go through. You root for these characters.

Johannes- We really tried to make it a drama movie. We tried to ignore the fact that the movie goes into being a horror movie. I think that really paid off.

I know so many people have seen “The Strangers Prey at Night”, but I guess without giving away spoilers, do you have a favorite scene?

Johannes- For me, I love the whole last half hour of the movie so much. The whole burning car. I love “Christine” so much and it was great fun to do a sort of homage.

What would you like to say to the fans?

Johannes- It is a movie made with so much love of the genre that I think all the fans will respond to that. I think it is a very pure slasher movie. It is the best John Carpenter movie that I could possibly have put on-screen.

Do you think there will be another one and will you direct again?

Johannes- There has definitely been talk about doing a part three. I probably would not do the part three but I would love to be creatively involved in the direction.

Johannes- When it comes to the DVD stuff, whatever everybody wants I am very happy to accommodate but I don’t get too involved really. 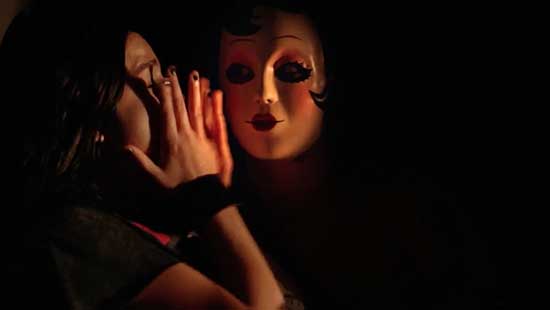 Johannes- I’ve got several things going on at the moment. I am very much into virtual reality at the moment and I am looking to do an underwater ghost story which I think I am just going to shoot now which will be a little fun. Then I will hopefully be shooting “48 Meters Down” at some point. I have another ghost story that I am working on as well. So there’s a few things floating around which is good.

“47 Meters Down” was a great film and now you will doing “48 Meters Down.” That is exciting to hear.

Johannes- Thank you. Yes, I think so. We have a great story and a really good script and there seems to be the appetite for it so I think we’re good. 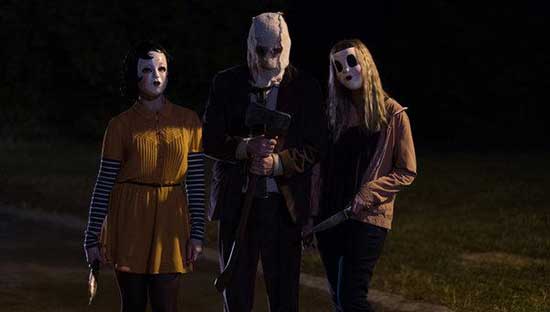 Well, I thank you so much for talking with me today. “The Strangers Prey at Night” was good. It has the perfect amount of suspense, thrills, and the silent fear. It was great! And the scene with Bailey in the truck with that nod (and the slight nods to other Horror films.) and so many suspenseful moments. It is a fun film and terrifying to where you get up and double check the locks on the doors. But, it is original and just a great film.

Johannes- Oh, that’s brilliant. I am glad you liked that.

Thank you again so much.

THE STRANGERS: PREY AT NIGHT

Inspired by the 2008 cult classic The Strangers, The Strangers: Prey at Night is based on real events surrounding a family struggling to survive as they are attacked on their vacation by a trio of masked psychopaths that hunt their prey with seemingly no rhyme or reason. Director Johannes Roberts (47 Meters Down) pays homage to The Strangers by bringing back the infamous masked villains — Dollface, Pin-Up Girl and Man in the Mask — and incorporates elements of the ‘80s slasher genre to create a perfect mix of old and new that is sure to satisfy and reignite fear in fans of the original while also bringing new devotees to the franchise. Arriving on Digital on May 22, 2018 and Blu-ray™, DVD and On Demand on June 12, 2018 from Universal Pictures Home Entertainment, The Strangers: Prey at Night is packed with exclusive bonus content including a never before seen alternate ending and an unrated version that brings the chaos and horror of the film to a whole new level.

A family’s road trip takes a dangerous turn when they arrive at a secluded mobile home park to stay with relatives and find it mysteriously deserted. Under the cover of darkness, three masked psychopaths pay them a visit to test the family’s every limit as they struggle to survive. Johannes Roberts, whose shark diving thriller 47 Meters Down was a smash hit, directs this horror film featuring Christina Hendricks (“Mad Men”), Bailee Madison (Don’t Be Afraid of the Dark), Martin Henderson (The Ring), and Lewis Pullman (Battle of the Sexes). 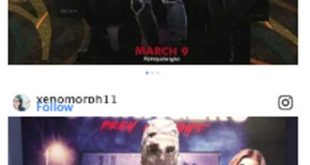 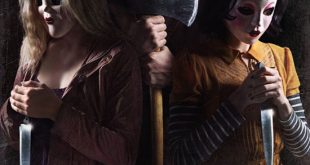 See the Official Poster for THE STRANGERS: PREY AT NIGHT