Home | SHUDDER welcomes Summer with an Exclusive Collection of Films

SHUDDER welcomes Summer with an Exclusive Collection of Films 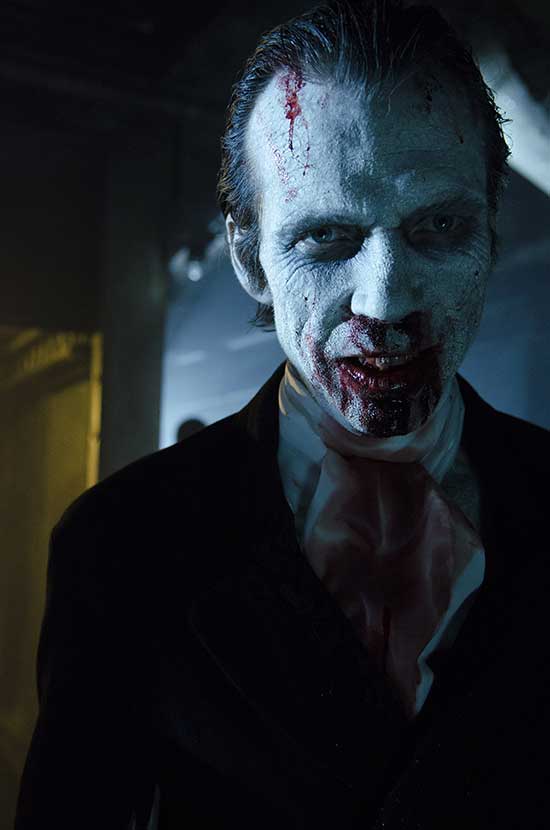 31 (2016, Rob Zombie) Rob Zombie’s 2016 reimagining of a death match fantasy pits a crew of carnies led by Sheri Moon Zombie against an evil aristocrat and a series of killer clowns.

“One of [Zombie’s] most impressive films to date.” – Roger Ebert

Among The Living (2014, Alexandre Bustillo, Julien Maury) Three boys skip school to wander around an abandoned film studio and stumble upon a horrific vision, seeing something they were not meant to see.

“Among the Living comes out looking great, sounding great, and packs in plenty of stark chills” – Culture Crypt

Another Evil (2017, Carson D. Mell) Carson Mell’s clever horror comedy combines WHAT ABOUT BOB? and THE EXORCIST with hilarious results.

“A nimble, genre-bending ghost story with a strange tone all its own” – Consequence of Sound

Better Watch Out (2017, Chris Peckover) Director Chris Peckover offers a gleefully twisted spin on home-invasion horror for the holidays, when babysitter Ashley must defend her young charges when intruders break into the house one snowy night – or so she thinks.

Can’t Take It Back (2017, Tim Schechmeister) When two drunk teen girls jokingly post mean comments on a dead classmate’s Facebook page, they receive a chilling clapback from beyond the grave – a wicked modern twist on the teen supernatural terror genre.

Cold Hell (2017, Stefan Ruzowitzky) Oscar-winning director, Stefan Ruzowitzky’s ferocious film is a revenge-fueled story that follows the life-and-death struggle of young Turkish-born taxi driver who witnesses a brutal murder and must defend herself when the madman begins his pursuit.

“Cold Hell is all-muscle; hurtling through one brutal, kinetic set-piece after the next.” – Collider

Dead Shack (2018, Peter Ricq) On a weekend getaway at a rundown cottage in the woods, a 14-year-old teen, his crude best friend, and his best friend’s fearless older sister will have to grow up, work together, and save their hard-partying parents from their predatory cabin neighbor intent on feeding them all to her undead family.

Dearest Sister (2016, Mattie Do) A Lao village girl travels to Vientiane to care for her rich cousin who has mysteriously lost her sight, and somehow gained the ability to communicate with the dead. Matters are further driven by the cousin’s ambivalent marriage with an Estonian white migrant, who has his own dark secrets to hide.

Mattie Do is Laos’ only horror director and female filmmaker, and Dearest Sister was selected by Laos as its first Academy Awards foreign-language film submission.

Don’t Grow Up (2015, Thierry Poiraud) The story about a group of youths who can’t face the thought of growing up because anyone who does becomes a rampaging zombie.

Downrange (2018, Ryuhei Kitamura) This official selection of the Toronto International Film festival follows the fates of six college students on road trip where a simple flat tire becomes a grueling fight for survival

“Had me on the edge of my seat and actually screaming at the screen.” – Nightmarish Conjourings

Kuso (2017, Steve aka Flying Lotus) Broadcasting through a makeshift network of discarded televisions, this story is tangled up in the aftermath of Los Angeles’s worst earthquake nightmare. Travel between screens and aftershocks into the twisted lives of the survived.

Lake Bodom (2017, Taneli Mustonen) A smart and terrifying fresh take on the slasher in the woods genre.

Last Ones Out (2015, Howard Fyvie) An American man is stranded in the middle of a zombie outbreak in Africa, and must trust the help of three local strangers in order to make it out alive.

Made in South Africa, Last Ones Out is Africa’s first zombie film.

Let Me Make You A Martyr (2016, Corey Asraf, John Swab) A cerebral revenge film about two adopted siblings who fall in love, and hatch a plan to kill their abusive father.

Mayhem (2017, Joe Lynch) Mayhem redefines the term hostile work environment when a law firm’s building erupts in chaos after being infected by a mysterious and dangerous virus that causes its victims to act out their wildest impulses.

Stephen King calls it “As witty as it is vicious.”

mon mon mon Monsters (2017, Giddens Ko) A bullied boy and his tormentors discover a creature while doing school-mandated community service. Claiming her for their own, the group of kids keep the creature captive, revealing the monster within themselves as her ferocious sister scours the city in search of her missing sibling.

Prevenge (2016, Alice Lowe) Widow Ruth is seven months pregnant when, believing herself to be guided by her unborn baby, she embarks on a homicidal rampage, dispatching anyone who stands in her way.

“Outrageous antenatal shocker that brings together murder, madness and maternity in a fever dream of fear and farce.” – The Guardian

Sadako vs. Kayako (2016, Koji Shiraishi) SADAKO VS. KAYAKO brings the characters from RINGU and JU-ON: THE GRUDGE back to the big screen in a wildly fun, tongue-in-cheek thrill ride that finally answers the question: whose curse is stronger?

“This is J-horror’s Freddy vs. Jason” – Vulture

Sam Was Here (2017, Christophe Deroo) Sam’s car breaks down, and things quickly go from bad to worse when masked maniacs soon start hunting him, insisting that he’s a killer who’s been menacing locals. As Sam struggles to repel his attackers, he must unravel the mystery of what’s happening to him before it’s too late.

“It’s ugly as hell, and that’s an unorthodox quality that a lot of us weirdos have come to embrace with open arms.” – Addicted to Horror Movies

Seoul Station (2016, Yeon Sang-ho) In this chilling animated prequel to the Korean horror smash TRAIN TO BUSAN, a zombie outbreak spreads amongst homeless people in the area surrounding Seoul Station.

Shrew’s Nest (2014, Juanfer Andres, Esteban Roel) In 1950s Spain, an agoraphobic woman spends her days inside the apartment she shares with her sister, who she’s raised since their mother died. But when a handsome neighbor knocks on her door seeking help after a fall, Montse dresses his wounds and sets about ensuring he’ll never leave her apartment either.

Small Town Killers (2017, Ole Bornedal) When husbands Ib and Ed grow bored with their humdrum lives, they make a rash decision to hire a hitman to kill their wives. Quickly regretting their dumb decision, Ib and Ed try to call Igor off, but he won’t be dissuaded.

“I can’t imagine an American movie that would go quite as far as the Danes have here, but then that is the beauty of European cinema.” – The Blurb

Spookers (2017, Florian Habicht) In this delightful documentary, director Florian Habicht shows how amateur actors transforming themselves into monsters helps many of them deal with their own traumas and phobias

“A smart, distinctive documentary, complete with a dry sense of humour” – The Age

Still/Born (2018, Brandon Christensen) This postpartum haunter follows the chilling struggle of a young mother trying to save her newborn from a demonic entity

“Still/Born is a genuinely original horror movie that gives a knowing glance to Rosemary’s Baby and Gaslight while offering a disarming mix of humor and scares.” – Film Threat

Sweet, Sweet Lonely Girl (2017, A.D. Calvo) Soon after moving in with her aging aunt Dora, Adele meets Beth, seductive and mysterious, who tests the limits of Adele’s moral ground and sends her spiraling down a psychologically unstable and phantasmagoric path.

We Are The Flesh (2017, Emiliano Rocha Minter) After wandering a ruined city for years in search of food and shelter, two siblings find their way into one of the last remaining buildings. Inside, they find a man who will make them a dangerous offer to survive the outside world.

“Stretches the most horrifying tropes of contemporary Mexican cinema to their hellish logical conclusions.” – IndieWire

We Go On (2016, Andy Mitton, Jesse Holland) A man offers a reward to anyone who can prove there is an afterlife. He embarks on an adventure through Los Angeles to meet with three viable candidates, and he has no idea he is about to experience an unthinkable nightmare.

AMC Networks’ SHUDDER is a premium streaming video service, super-serving fans of all degrees with the best selection in genre entertainment, covering thrillers, suspense, and horror. SHUDDER’s expanding library of film, TV series, and originals is available in the US, Canada, UK, Ireland and Germany on most streaming devices for 4.99/month or 49.99/year. To experience SHUDDER commitment-free for 7 days, visitwww.shudder.com.