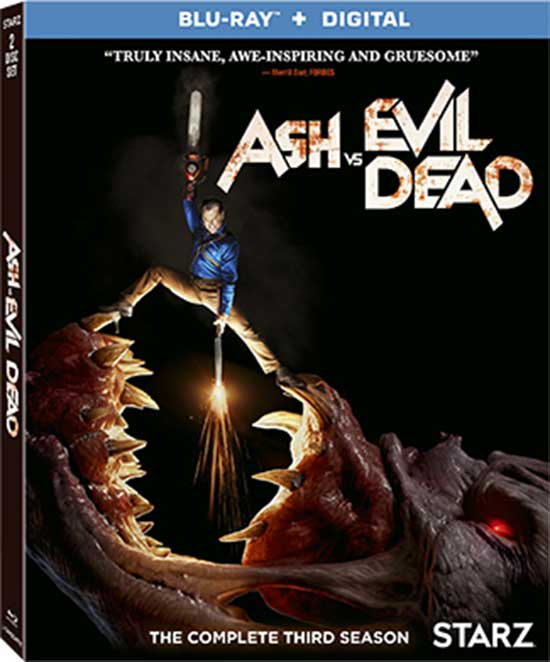 The Final Season Buzzes onto Digital May 25 and on

Blu-ray™ and DVD on August 21 from Lionsgate

“Ash vs Evil Dead”: Season 3 features Ash, who – having gone from urban legend to hometown hero –discovers that he has a daughter. And, when Kelly witnesses a massacre with Ruby’s fingerprints all over it, she returns to warn Ash and Pablo.

The “Ash vs Evil Dead”: Season 3 Blu-ray and DVD include audio commentary with executive producer Rob Tapert on every single episode, and will be available for the suggested retail price of $39.97 and $34.98, respectively.