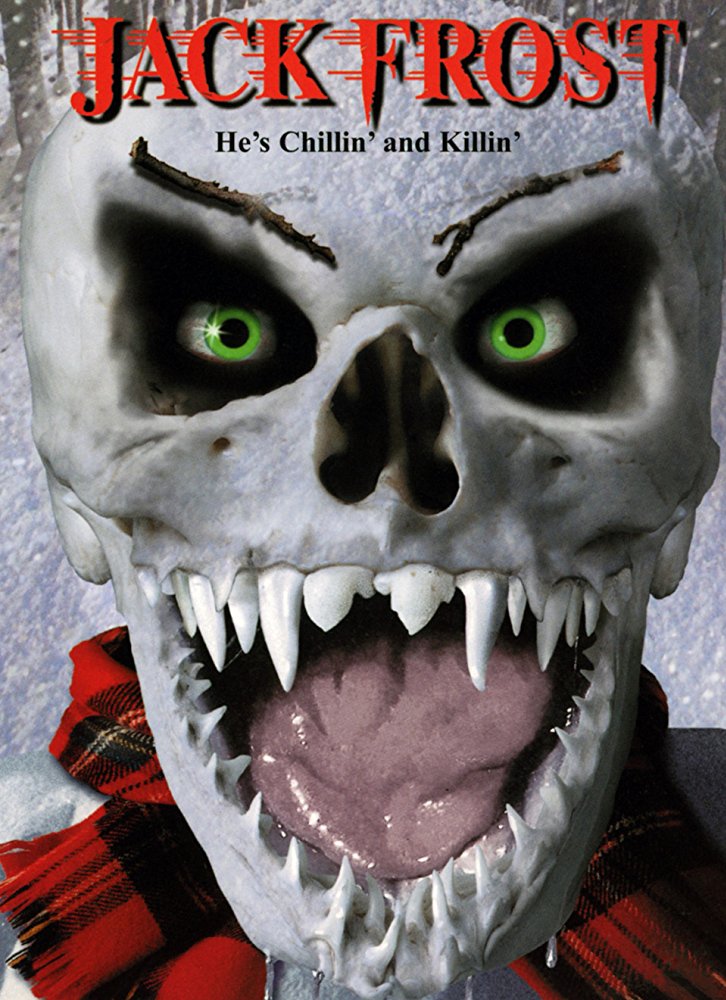 What if I told you that there’s a movie where a serial killer named Jack Frost is caught by a small town sheriff and later sentenced to death. Said killer swears revenge on that sheriff and that he’ll somehow find a way. Now, imagine, if you will, that the killer, while being transported to death row, nearly succeeds in escaping after causing the van he’s in to crash. However, he gets sprayed by genetic material when another crashed vehicles explodes. That material causes him to melt and reform himself into a being made out of snow. He then proceeds to try to get revenge on his original captor and slaughtering everyone in his way while looking like a snowman.

Does it sound like such a movie can’t exist? If so, then you haven’t been paying attention. Afterall, we live in a world where movies like Hell Comes to Frogtown and Dollman exists, so a film like Jack Frost with its ridiculous concept shouldn’t be any surprise at this point. The real question you should ask yourself is whether or not the movie is worth your time.

Jack Frost, as is common with low budget movies, is rife with bad acting, shoddy dialogue, and even shoddier special effects. There’s not much in the way of character development to be had either. However, that’s not the point. The movie was made with tongue firmly planted in cheek, so it wasn’t made to be taken seriously. That should be obvious when your main villain looks like an evil Frosty the Snowman. I’ll even give the movie some points in having a unique way of defeating the villain that makes about as much sense as anything else in the film. The killer is prone to delivering one-liners that managed to be just terrible enough to make you groan and chuckle at the same time. It’s all in good, campy fun before it takes a horrible, horrible turn.

There’s a scene where we see our villain sexually assault a woman while she’s trying to take a bath. After he’s done and kills the gal (played by Shannon Elizabeth), he makes a wisecrack about what he’s done. It’s the one event that actually brought my own enjoyment to a screeching halt. The act itself complete shatters the goofy tone the movie had set up so far, but what really makes it awful is that it’s set up like it’s humorous watching a snowman rape somebody. Not only is it not funny, but it’s equally disgusting and unnecessary. In the aftermath of the #metoo movement and Bill Cosby’s downfall, among other recent events, it seems even more tone deaf than ever before. And honestly, it wasn’t really all that acceptable when this movie first hit the video store shelves.

That’s the real downfall of the whole film. Until then, it was pleasantly on its track to being one of those “so bad it’s good” films, a guilty pleasure you can watch with some pals and have a laugh or two. Scott McDonald does a decent enough job as the titular villain, and he wasn’t to bad with delivering his character’s corny jokes. Christopher Allport played the hero sheriff, and he didn’t exactly hit the ball out of the park as far as his performance goes. However, he wasn’t so bad that he ruined the film. If I had to describe his contributions, I’d say his acting was “mostly harmless”. Sure, the rest of the cast tended to leave a lot to be desired, but anyone who’s watched enough B-movies has seen much worse. While the special effects were cheap looking, they were still done competently enough that you didn’t dwell so much on them. All the elements for fun were there. 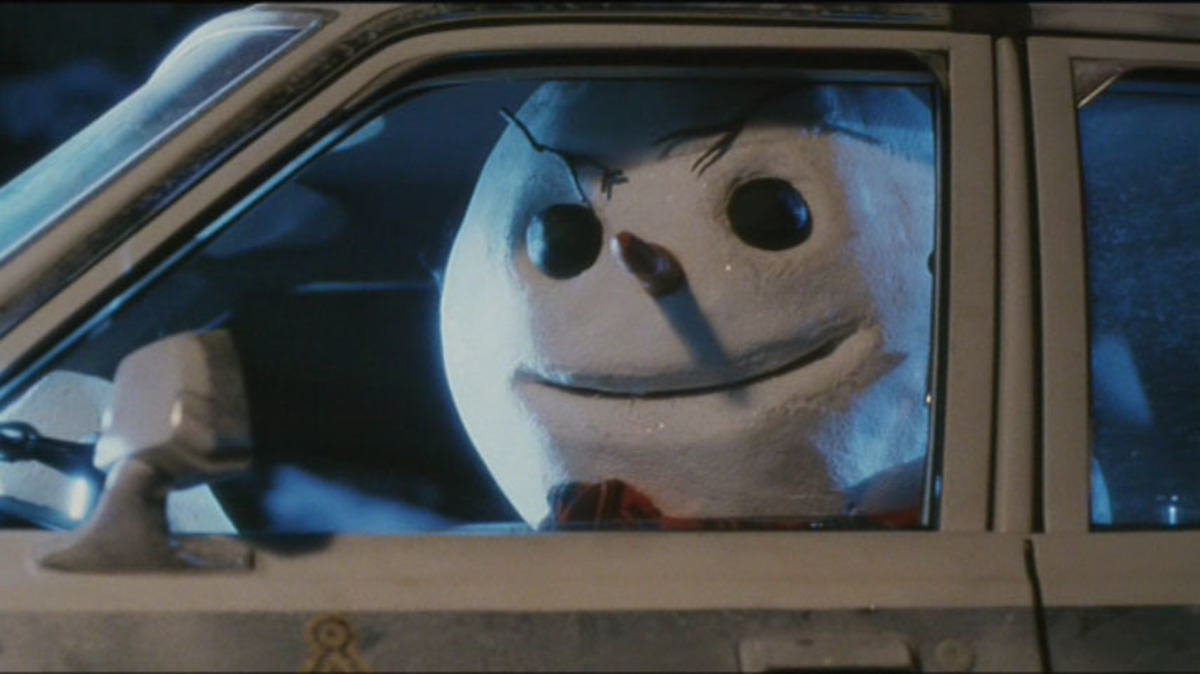 It’s sad that a movie that could have been an enjoyable low-budget romp into ridiculousness had to resort to including an unnecessary sexual assault scene just so we can see a naked woman, and then sink so low to treat the whole thing like a joke. There are other ways to have some gratuitous nudity for the male audience to ogle, and none of them resort to trivializing rape. It’s enough for me to not recommend watching this one.