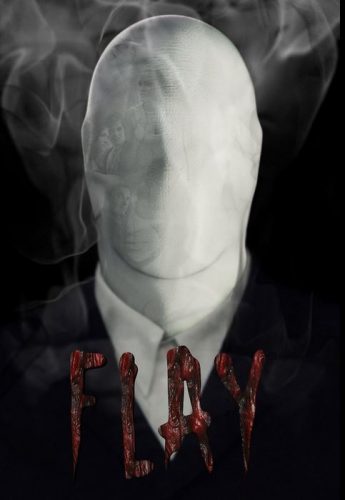 After the death of her mother, an estranged daughter struggles to save her brother and those around her from a malevolent faceless spirit.

I know a lot of people are all into Slenderman but he just never really appealed to me so I went into Flay with pretty low expectations. However, after everything was said and done I have to admit that it was a pretty sweet little movie and I actually ended up liking it a lot more than I ever thought that I would. Led by an awesome cast and an interesting premise, Flay has a lot going for it and I for one really enjoyed the time I spent with it. 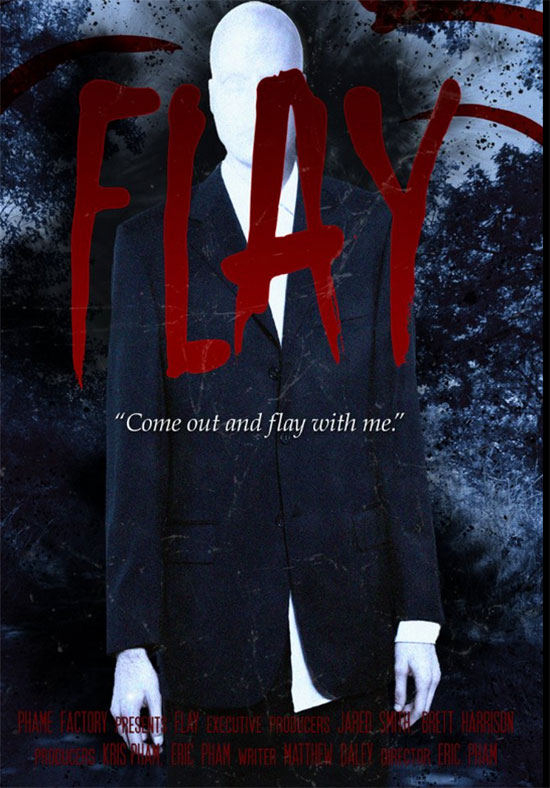 I dug the premise and thought that it worked on several levels. It is basically about a young woman named Moon who is returning to her hometown after the mysterious death of her drug and alcohol addicted mother. Everyone just assumes that she died of an overdose but in reality, her death was the result of her accidentally releasing a vengeful spirit that was imprisoned in a chain that was used in the deaths of several Native Americans many years ago. You see, one of them put a curse on the chain when he was killed and when the spirit finally gets released it isn’t very happy.

It goes about killing anyone that has possession of the chain, and since one of the characters takes it apart and gives the links from it to some of her friends it means that they are all in danger of becoming the spirit’s victims. The thing is though, he hasn’t come alone as he has a creepy female apparition with him (that sort of looks like she belongs in a Japanese horror film) that distracts his potential victims long enough for him to sneak up behind them and take them out. It’s left up to Moon to try to find a way to stop them and save herself, her estranged brother, and his group of friends before it’s too late. 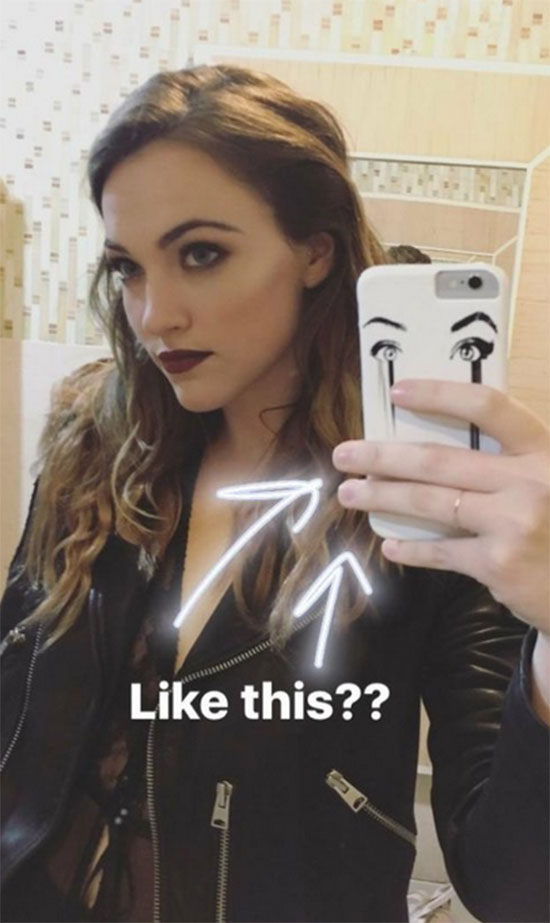 While he is never really referred to as Slenderman by any of the characters it is pretty obvious that is who the evil spirit is pretty much supposed to be. He looks like him and is actually a pretty creepy antagonist, so I am sure that he will most likely spook some viewers.

One of the things I liked about him was the fact that he doesn’t always kill his victims. Only the lucky ones die at his hands and the other less unfortunate ones are trapped in this strange limbo-like state with no hope of escape. To me that sounds a lot worse than death because they are basically stuck there forever which can’t possibly be that much fun considering that they have to endure some mighty nasty things when they get there. I thought that this was a nice touch as it made the evil spirit a little different from other horror film villains as he does more to some of his victims than simply kill them, something that I think helps him stand out in a cool way. 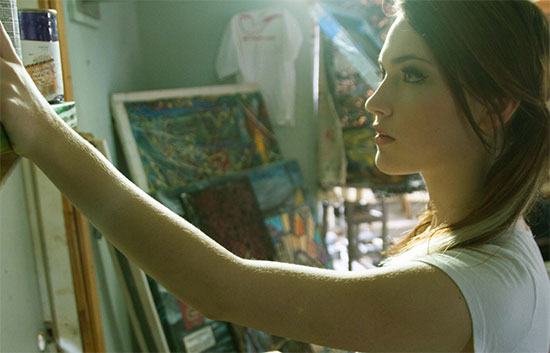 As I mentioned before I thought that Flay had a great cast and everyone did an excellent job. Elle LaMont really stands out as Moon and I thought that her performance was flawless. She is a sympathetic character that you really care about and if you are like me you will find yourself rooting for her more than once during the course of the movie. I also really liked Dalton E. Gray as her brother River as well. While he is sort of a punk when we first meet him, he grew on me as the film progressed and by the end I really liked him. The same could be said for Violett Beane who plays River’s girlfriend Bethany. I wasn’t too keen on her in the beginning but we find out that the character isn’t really that bad of a person and is actually pretty likable after a while. I think that one of the biggest strengths of the movie is the fact that it did have such a great cast as they make all of the characters extremely likable and I don’t think that I had a problem with a single performance. 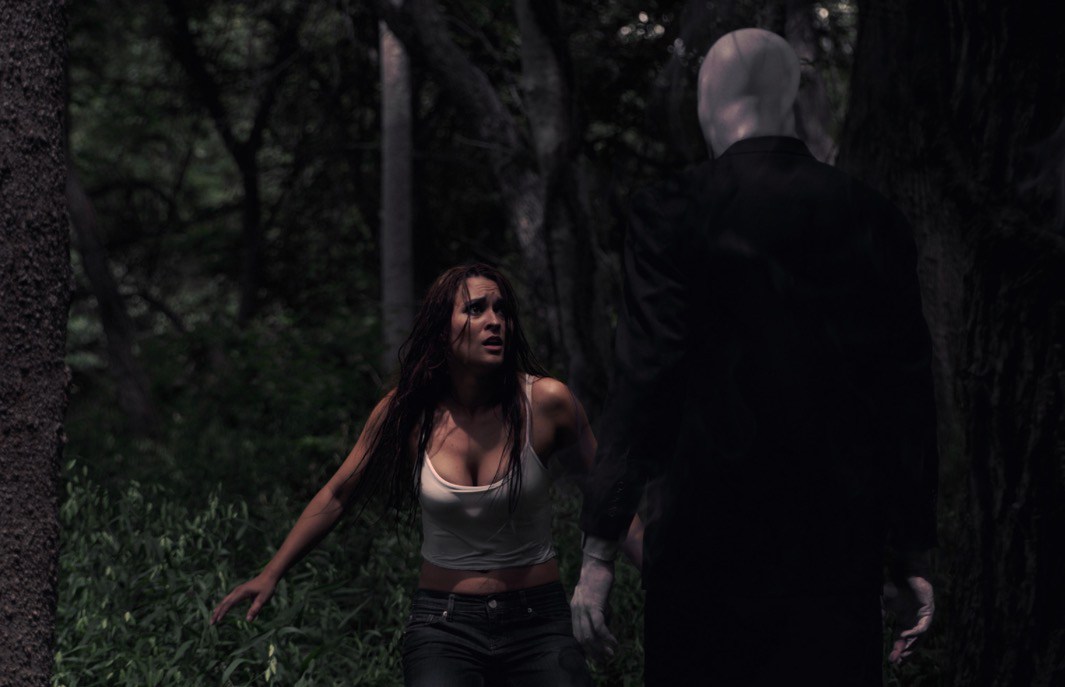 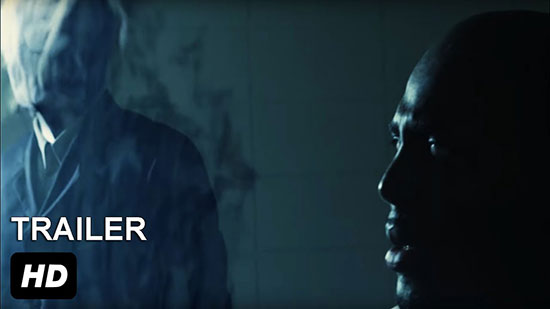 The only minor complaint that I have is that the pacing is off just a little. It takes things a while to get going and it seems to drag on a bit once or twice. Things don’t really pick up until the last thirty minutes or so and everything (especially the death scenes) way too rushed as several of them take place just a few minutes apart. Everything seems to slow down yet again toward the end when Moon finally confronts the spirit and the whole scene went on a little too long for my taste. I’m not saying that I ever felt bored at any time while I was watching the movie or anything, but I think that picking up the pace a bit would have been a good idea and helped things flow a little better in general. 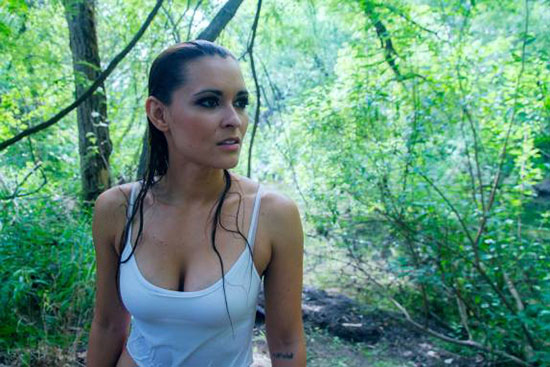 I really liked Flay and have a feeling that a lot of other people out there will too. There is a lot to like about it and is one of the best horror movies that I have seen so far this year. It’s different and just an entertaining movie in general, so if you are a fan of Slenderman (or even if you aren’t) give it a shot because I think you will enjoy it. Check it out, you won’t be disappointed.