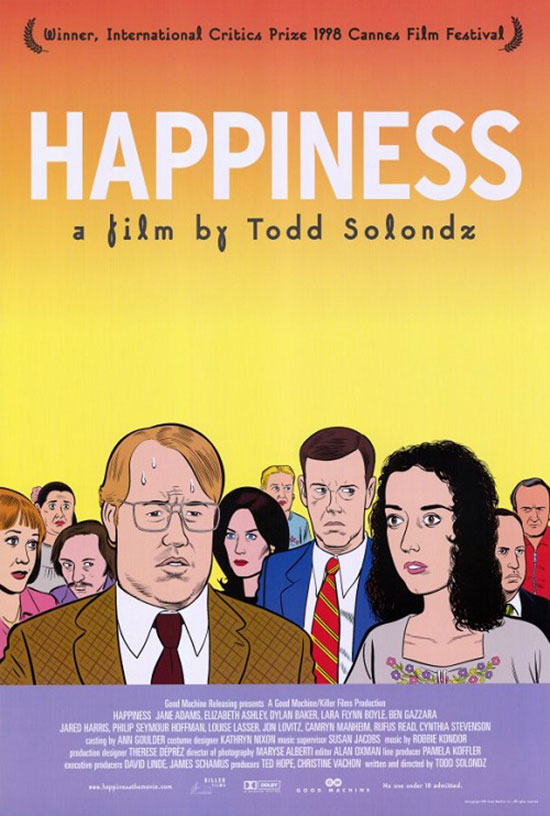 A look into the miserable lives of three adult sisters and the people around them.

Happiness without a doubt wins the award for the most misleading title of a movie ever in the history or film in my opinion. Why, do you ask? Because pretty much everyone in it is miserable and the ones that aren’t try their best to make themselves believe that they are happy. While it isn’t a horror film it is without a doubt one of the most disturbing movies ever made and it is one of those that stays with you a long time after you’ve watched it.

I caught it on cable late one night about fifteen years ago and felt like I needed to take a shower after I watched it because it left me feeling dirty, depressed, and more than a little hopeless. If you are familiar with writer/director Todd Solondodz’s other work (such as the awesome Welcome to the Doll House and the horrible, pointless Weiner-Dog) then you will go into Happiness pretty much knowing what to expect. It is probably his best film and is definitely worth a look, but be warned that you will probably want to watch some cartoons or something afterward to make yourself feel better. 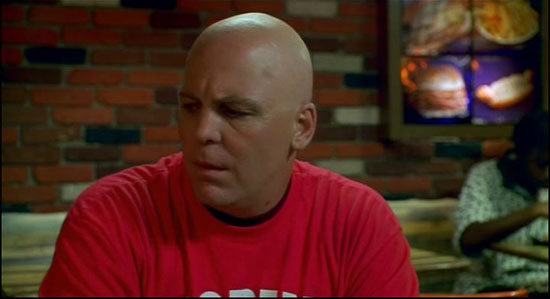 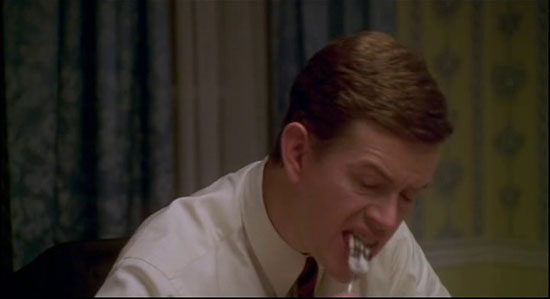 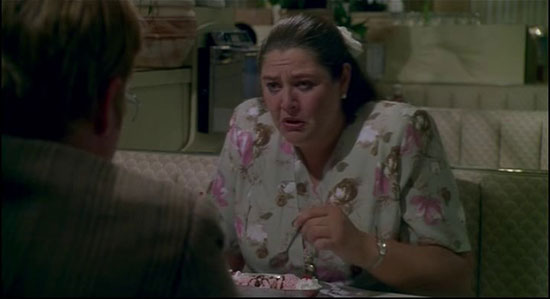 The premise is simple enough and revolves around three grown sisters. One is happily married (or at least she tries to pretend she is), one is a famous author that wants people to love her for who she is, and the other is a lonely and unhappy young woman that nothing (especially her love life) ever goes right for. I think that the most interesting (and unsettling) story is that of the married sister’s. Sh

s married to a successful psychiatrist (played perfectly by the always brilliant Dylan Baker), has a pre-teen son, and on the outside appears to be a very happy person with a loving and caring family. Unfortunately, that isn’t the case as her husband is secretly a pedophile and even though she is in denial about it I think that she knows it but refuses to accept it. She is forced to deal with it eventually however after he is arrested for molesting several young boys (one of them a friend of his son’s that he raped during a sleepover one night) and her life (as well as her son’s) is changed forever. After he is arrested we are treated to one of the most unsettling verbal exchanges ever caught on film when their son asks him if he would ever molest him as well. I don’t want to spoil it for anyone, but let’s just say that his response is the thing of nightmares that may make some viewers more than a little sick. 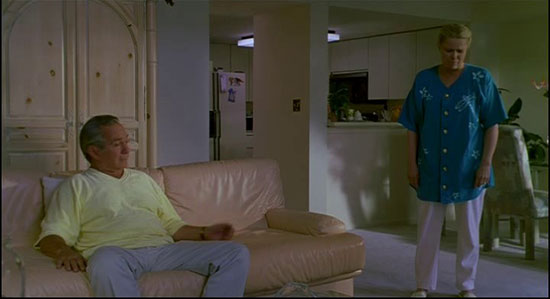 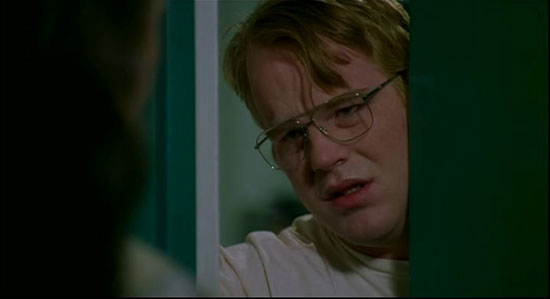 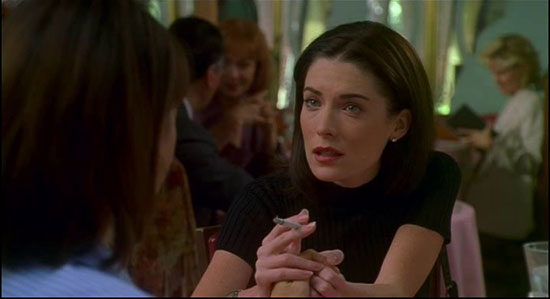 I also thought that the youngest sister Joy’s story was pretty interesting and depressing as well. She’s basically a loser with a horrible job that has nothing but trouble in the love department. The only person that shows her any romantic attention kills himself after she rebukes his advances and she soon finds herself in a relationship with a married man that is just using for his own reasons. As you can imagine things don’t end so well for her and when everything is said and done she is just as pitiful and unhappy at the end of the film as she is at the beginning. While the middle sister’s story is probably my least favorite (she is a successful author who just wants to find love but has trouble doing so) it is still pretty interesting at the same time and involves a very disturbing scene of Phillp Seymour Hoffman (who is in love with the sister but too shy to do anything about it) masturbating while he makes an obscene phone call that is very hard to unsee once you have witnessed it. 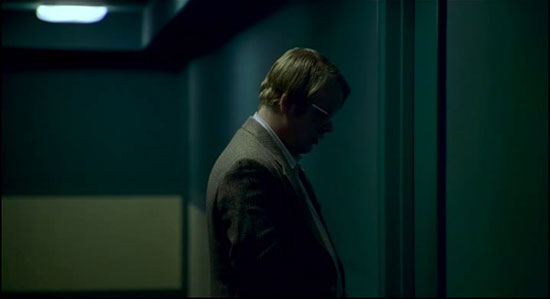 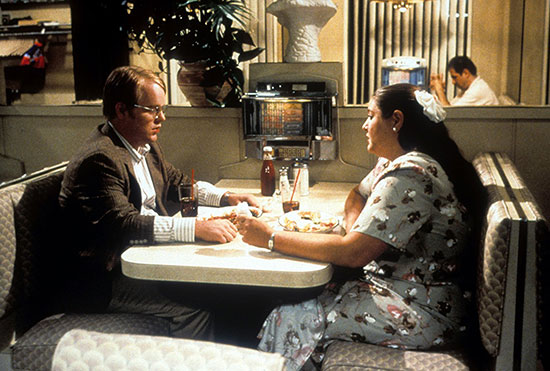 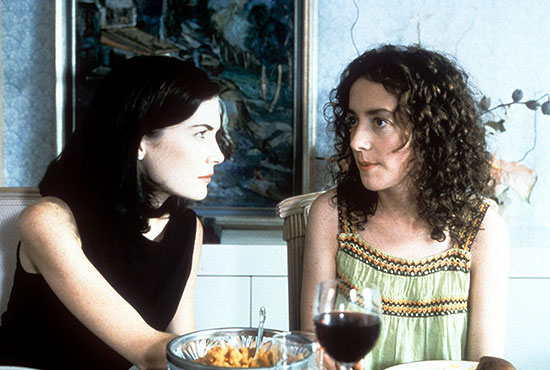 The cast of the film is great and I don’t think anyone turns in a bad performance. Dylan Baker is wonderful (as usual) as Bill, and even though he is a horrible person that gets his kicks out of drugging and raping young boys I still couldn’t help but feel a little sorry for him for some reason that I can’t quite explain. Philip Seymour Hoffman is also excellent as Allen, a lonely (and socially awkward) fellow who can only talk to women when he is making obscene phone calls to them. Camryn Manheim also does a top-notch job as one of Allen’s neighbor’s and even though she doesn’t have a lot of screen time she rocks every scene that she is in (especially when she reveals a shocking secret she’s been keeping from Allen which is both frightening and incredibly depressing at the same time). I thought that everyone in the film did a phenomenal job in their respective roles and even though the biggest majority of the characters that appear in the film are terrible human beings you still can’t help but like them for some strange reason. 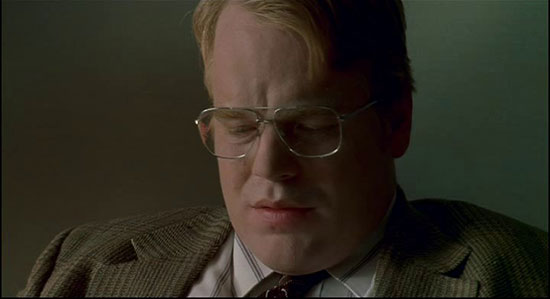 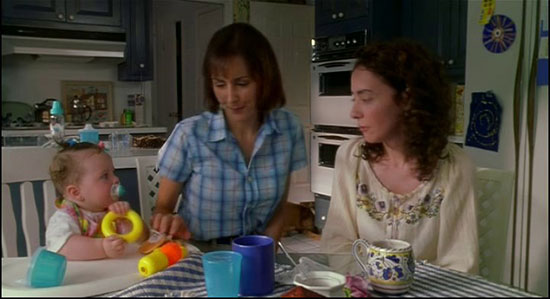 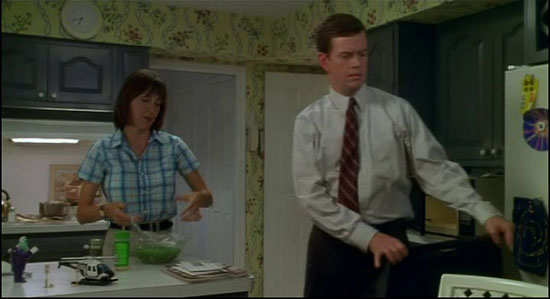 Happiness is anything but a happy movie. It has a bleak, depressing tone and certain parts of it are more than a little disturbing and hard to watch to say the least. At the same time it is also strangely fascinating and is just a great movie in general. I will warn you though, it isn’t the type of movie that you would want to watch on a first date or with Grandma as it tackles several touchy subjects and will most likely offend (and freak out) some viewers (the last scene is weird, gross, and out there and is hard to forget just because of how bizarre it is). If you are in the mood for something a little different give it a shot. Just don’t watch it if you are feeling depressed because it will make you feel a whole lot worse afterward. Even though it isn’t a horror film I think that you should check it out, you may dig it as much as I did.