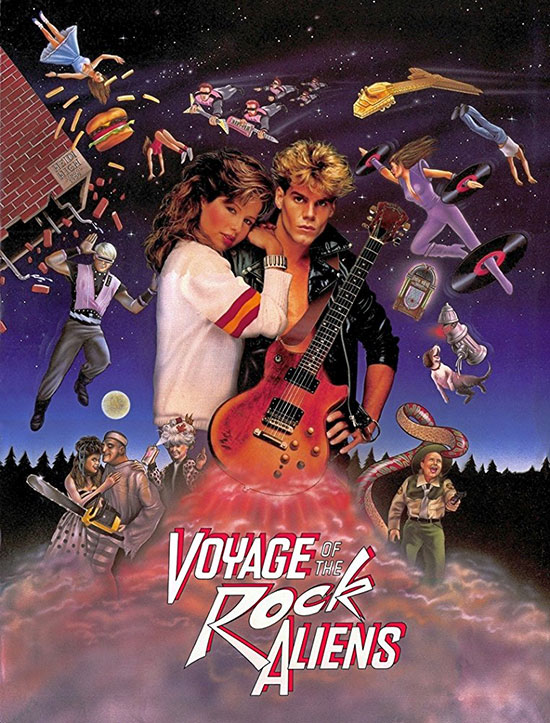 Aliens land in the town of “Speelburgh” searching for the source of rock & roll. They find trouble with Dee Dee, Frankie and the pack.

Holy crap. That was the only response I could think of after the ending credits to Voyage of the Rock Aliens played. Just a few weeks ago, if you tried to describe this movie to me and convince me that it’s a thing that actually exists I would not have believed you. It’s not that a mixture of a musical with another genre is that hard to believe, after all we live in a world where Rocky Horror Picture Show and Repo Man: The Genetic Opera were made. However, if someone tried explain what happens in this particular film I would have thought they were pulling my leg. 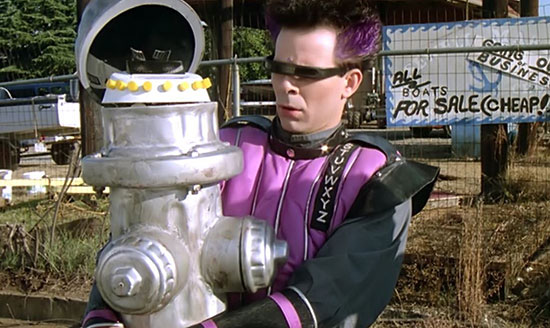 Released in 1984, Voyage of the Rock Aliens is about a group of humanoid aliens, played by the rock group Rhema, who are on a scientific mission. They discovered transmissions of rock music and become fascinated by it. They soon track the transmission’s source to planet Earth and take an expedition of the town of Speelburgh. Their leader quickly starts lusting after high-school student Dee Dee (Pia Zadora), who is in a relationship with the abusive Frankie (Craig Sheffer). Frankie is the leader of the local rock band The Pack, but he refuses to let Dee Dee sing with them. Of course this causes a problem since all Dee Dee really wants to do is sing. Apparently she’s never heard herself sing, or she’d understand Frankie’s position. Soon the alien leader ABCD (that’s really his name), Dee Dee, Frankie, a couple of homicidal escapees from an insane asylum, and even a strange mutated creature that lives in a very polluted Lake Erie get mixed up in a climax that you probably won’t care about. 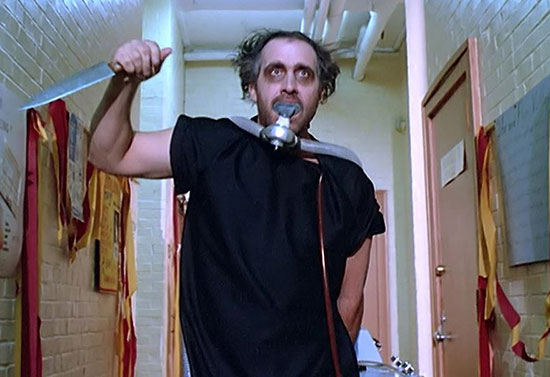 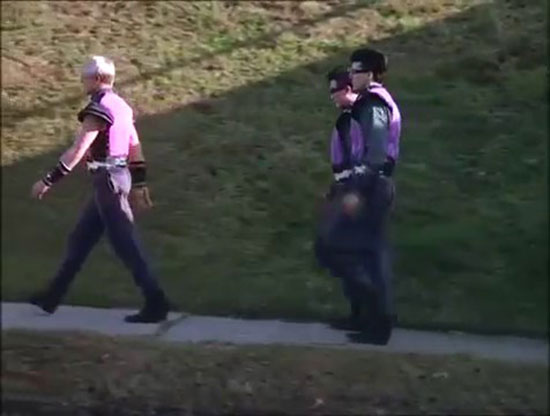 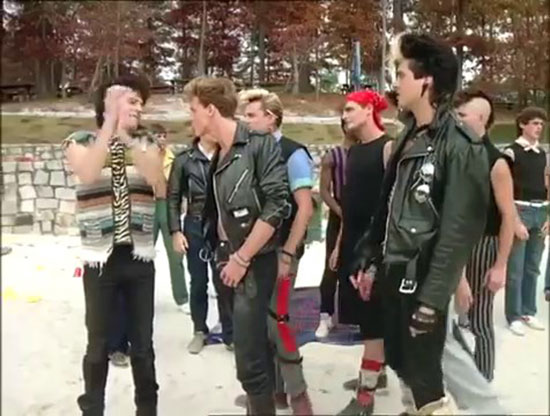 This movie smacks of being a vanity project for Pia Zadora, who had a few to her name in the 1980s in a desperate attempt to make her movie career happen. However, she didn’t have the acting talent to back it up. This film is a great showcase for that since not only is she terrible in it, the rest of the cast by and large are equally awful. Craig Sheffer is normally a fairly solid actor, but he’s not that good in this either. I’m not sure if that’s really on him or the material he’s given to work with. With that said, don’t go looking for a decent performance in this turkey, you’re not going to find any.

You won’t find yourself really caring about any of the characters. The alien explorers are idiots, and not very interesting ones either. Dee Dee as our main female lead comes across as being fickle and a little vain. Considering how Frankie treats her, there isn’t a logical explanation for him to want to be with him other than he’s the handsome tough guy that has the run of his school. Frankie is an abusive, bullying, jackass that doesn’t really show any redeeming qualities until near the end of the film. By that time, he’s been such a jerkwad for so long that you really won’t care. Not that his character turn is particularly believable either. 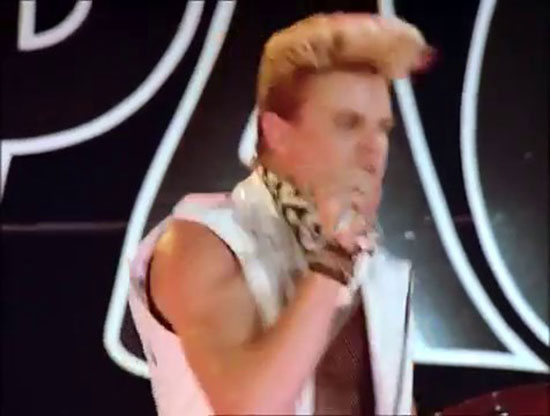 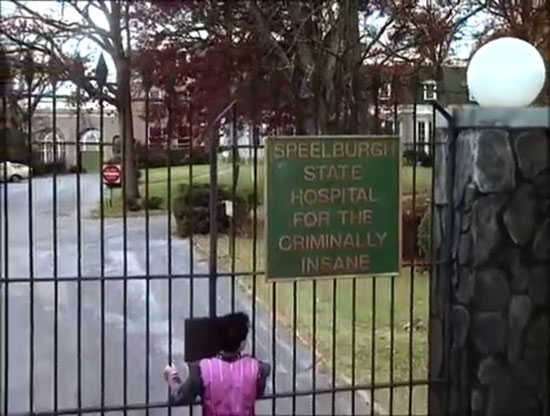 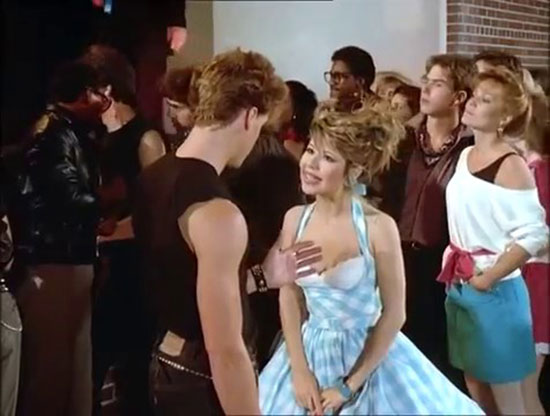 Voyage of the Rock Aliens is intended to be a comedy, but it’s only funny unintentionally. It relies too much on trite gags that you’ve seen in other movies, and you’ve probably seen them done better. You’ll also see the jokes coming away. To call the humor predictable would be charitable. The only time you’ll find yourself laughing is at the various ways the movie fails at doing anything right, or you’ll find yourself laughing at Pia Zadora’s attempts at acting like I did. I can’t remember the last time I watched a comedy film that failed so utterly at humor that didn’t star Adam Sandler. 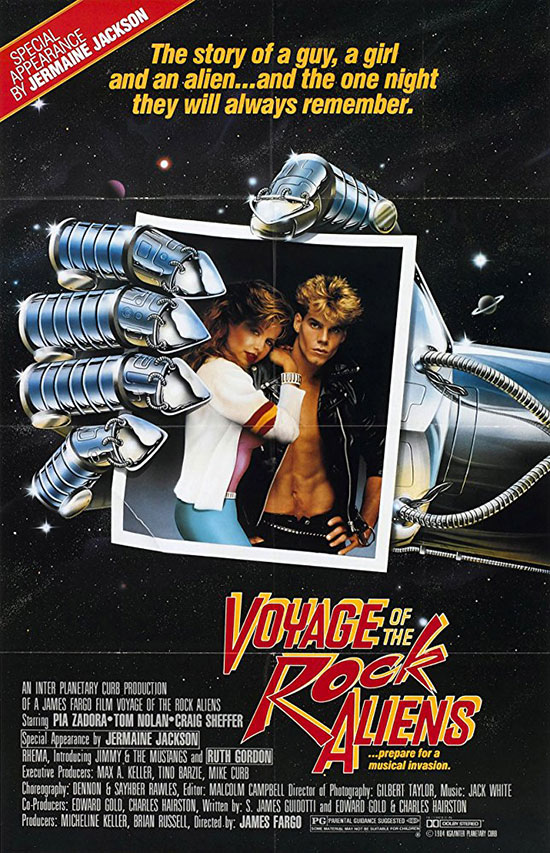 The final nail in the flick’s coffin is it . None of the songs are memorable or good, and neither are the performers. The band Rhema sounded like a Devo-wannabe, which is the worst thing you could be. Jimmy and the Mustangs played Frankie’s band, and they’re a barely serviceable rockabilly band at best. The best singing comes from Jermaine Jackson, a man who’s made an entire career based on his professional jealousy of his brother Michael. His contribution, such as it is, was still sorely lacking. The only time you might find yourself bopping your head to the tunes is when you start feeling the beginnings of Stockholm Syndrome setting in. 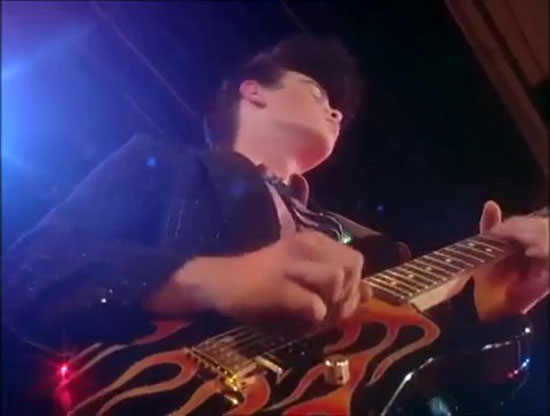 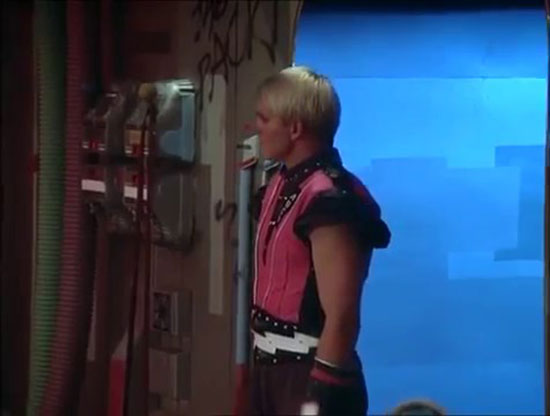 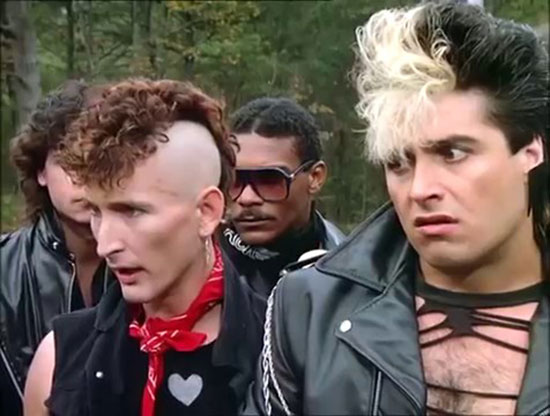 The only reason to watch Voyage of the Rock Aliens is to see what a hot mess in celluloid form looks like. Or to see a movie that is the most 1980s thing you’ve ever seen. It is amazing in how many different ways the film finds to suck. It’s mindblowing to think that not only did someone make it, but that they actually thought the film was a good idea. I’m curious to know more about the behind the scenes stories, because those have got to be way more entertaining than this polished turd.