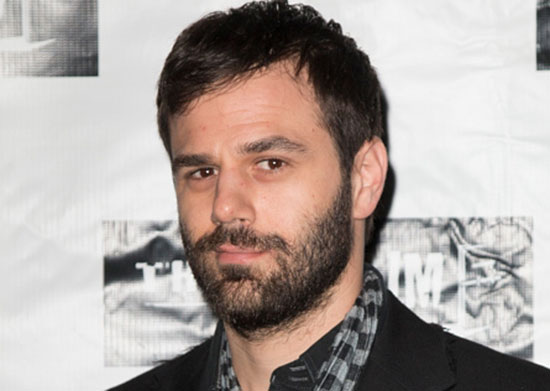 “On Halloween an all-girl rock-n-roll band called “Kill Pussy Kill” ventures out to play their biggest show to date. However, before hitting the road they manage to unwittingly upset a man. Unfortunately, this man turns out to be an evil genius dead set on revenge. The evil genius manages to lure the girls into his Hell House, and when they wake up from being gassed, they find themselves trapped inside an unescapable room filled with a vicious variety of devices that can kill them as well as a variety of weapons that can be used on each other.

The rules are simple: advance through all three rooms and you are allowed to go free. The catch is, in order to make it to the next room, someone must die!

With a ticking clock, and the mastermind watching, the question becomes… are you willing to kill to stay alive?”

Jared- Janel, Hi! What’s new? How is everything going?

Everything is going good. I am excited about Halloween but Halloween is 365 days a year for me!

Jared- Yeah, you are right about that! Horrornews.net

I never got to tell you that “The Horde” was amazing!

Jared- I am so glad you enjoyed that movie. It was a fun one. I am all about the story. It could be a horror, a drama or whatever. 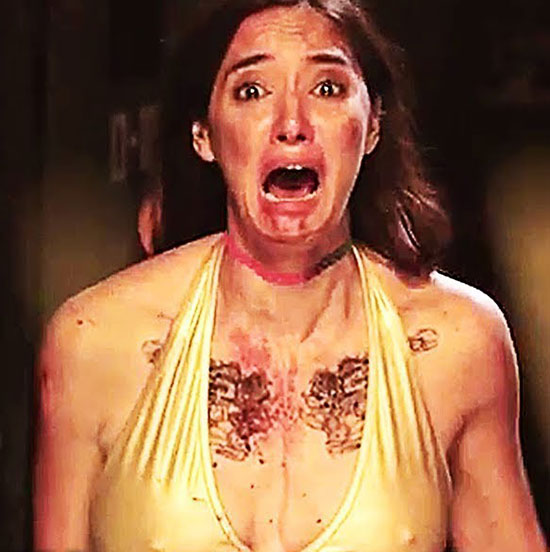 So, the new movie “Halloween Pussy Trap Kill Kill” sounds kick ass (I reviewed it by now so it was pretty awesome) And you have Dave freaking Mustaine and Richard Grieco! Such an epic cast!

Jared- Yup, those guys are good guys. It was a pleasure working with them.

It kind of feels like if you mixed up “Saw” with a grindhouse feel but added your own touches of awesome!

Jared- That particular movie, I had written it a little bit ago and I was inspired by “Saw” but what was cool to find out was that it timed out with the new “Jigsaw” movie. I was not trying to do that. It was sort of lucky that we timed it out like that.

What kinds of challenges did you face while shooting?

Jared- I mean there were definitely challenges like there are challenges on any movie. There was a lot going on. A tight budget, tight schedule. We always try to make the best we can. I learned a lot from that one.

When you are writing and then you decide to direct the film also. Do you see yourself as a writer or director first?

How did you come up with The Mastermind character and was that Dave Mustaine in the film?

Jared- No that was a double! It would have been great to have Dave Mustaine himself but he just did the voice you know so yeah we were lucky to get him, that’s for damn sure. 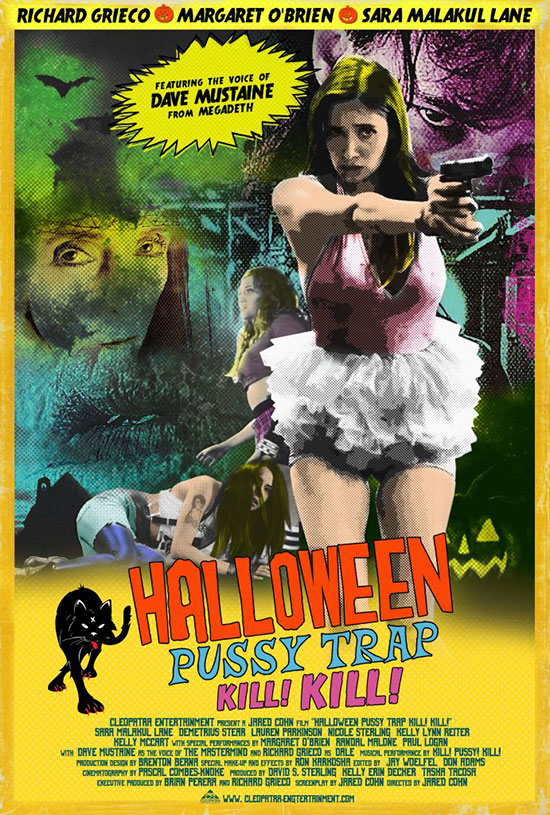 He’s got a great voice. Did you get a chance to see the movie?

I didn’t see it yet but I was watching some of the trailers and the clips. Everyone looks cool and the locations seem awesome as always.

Jared- Yeah we got lucky, we got a great location and it came together nicely. Everything is a learning experience. There has to a take-away to get better. Again, I am really trying to grow as a filmmaker. I want to make the best movies I can.

I think every one of your films are different and your writing is great! You kind of don’t want the films to end. Now, is there any chance of a sequel?

Jared- You know possibly. That is something I could bring up to Brian Perera, shout out to him at Cleopatra Entertainment, Cleopatra Records! He really made this one happen! You are not the first person that mentioned a sequel so maybe there is something there? Would I do another one, I mean sure. There is definitely a possibility.

You never know! It would be awesome!

Now with Halloween coming up, do you have any traditions or any horror movies you love to watch over and over?

At least you will be filming! Now is there anything you can tell us about “Stepmother?”

Jared- “Stepmother,” sure yeah! I thought it came out really well. I learned quite a bit from that one.

Is there anything that you want to say to the audiences and fans that will be watching your films?

Jared- I would say I am so grateful and thank you for giving me an opportunity to make movies. And those people that watch the movies that I make, much love to you. Without them I would be out of a job. For me as a filmmaker you are making movies and putting them out there so much love. And to you as well for giving a voice, a platform for filmmakers like myself to talk about the movies and bring awareness. That is important stuff. 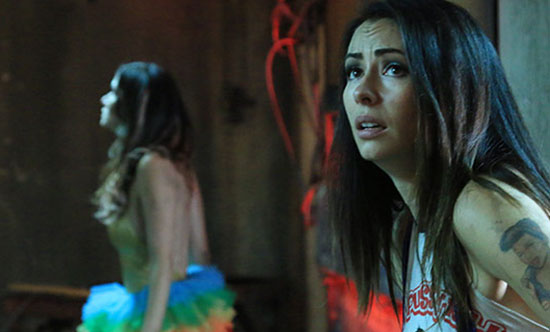 You know what else I love about your films is that every one of your films seems to shot at a different location! I don’t know if you do that on purpose but it is very creative.

Jared- I hate doing the same shit over and over. I hate shooting the same movie too similar. I am not going to try and get that same shot. I want every movie to have its own little personality. It took me a few films to get in to it but you’ve got to be bold! Filmmaking is an art form. If you keep painting the same painting over and over again you are not much of an interesting artiste! You know!

Yes! – Okay so you also are acting in “Minutes to Midnight,” what can you tell us about the role?

Jared- Yes, shout out to Chris Ray for giving me an acting role. I have a pretty decent role. I don’t really act anymore, I acted for a long time and I think I am a pretty decent actor. I mean if the right opportunity comes along down the road then maybe I will possibly jump back into the acting world but I am more focused on directing and writing, producing.  Acting has taken a backseat. I am busy enough that I can focus on filmmaking. I have respect for the actors. It is hard work, it is hard finding work. Everything happens for a reason so they say. It is what it is in the biz.

The entire cast in “Halloween Pussy Trap Kill Kill” was great! What was it like working with everyone? Did you have to give a lot of direction or did everyone just do their own thing?

Jared- Yeah, Paul Logan is a good buddy of mine. He brought me on for “The Horde” and we made that movie. I love that movie. Working with him is great, he is committed, I will say this about Paul Logan he is so committed as an actor. Not only is he a great actor he is a martial artist! Good question though! A lot of that goes out to good casting. Find the right actors for the roles. The less hand-holding you have to do if you have the right cast and talented actors. You are not going to have to talk to them all day long about their character.

Are you working on any other projects you want to talk about?

Jared- I have a couple of things coming out. I am about to start shooting this movie and I don’t want to say too much. As an independent filmmaker such as myself to realize where I am at to realize I am in the trenches. It is like warfare. You got out there and I am not represented and I am hoping that will change and kind of elevate so I can work on bigger projects. For the moment I am grindhouse and not in the term of the genre but as in I am grinding non-stop so that is just what I do. It is in my nature. I persevere because this industry is brutal, LA is soulless. What part of town are you in? 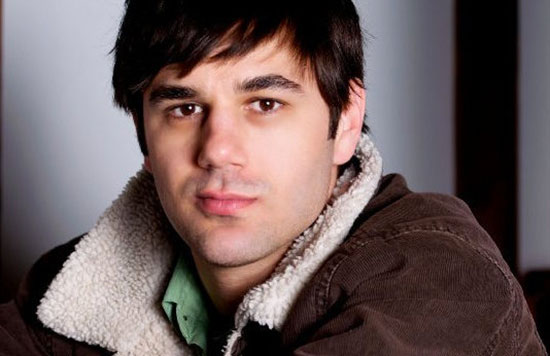 I am in Allentown, PA

Jared- I don’t think I’ve ever been but I was born and raised in New York and I moved straight to LA. My parents were very adamant about work ethic which I appreciate but you have got to learn how to slow down and it helps to work.  I proceed with extreme perseverance.

Well, you are kicking ass Jared. You do so much work with the films you have made so you do a great job!

Jared- I went to film school, I worked crew, edited, effects. All of this stuff. Most of it single-handily. I understand almost all aspects of filmmaking. There is so much to filmmaking.

I am so glad I got to talk to you. It was an honor Jared.

Jared- Thank you so much. Thank you for having me on. Big shout out to Horronews.net – if anyone wants to follow my shenanigans check me out on Instagram and Twitter

Jared- You know you can keep up with my shameless, self-promotional social media. 2018 is the year! I am done with this fucking year but that is just where it’s at.

You had to have a kick ass highlight from this year though? Like something that you just said, you know what this was a kick ass moment?

Jared- There was one moment but it was…. You know what I will say this. I am going to turn a negative into a positive. There was a lot of great people that I had the opportunity to be blessed to work with. You know what though, it’s been one hell of a year for me. I am not going to lie. One for the books. 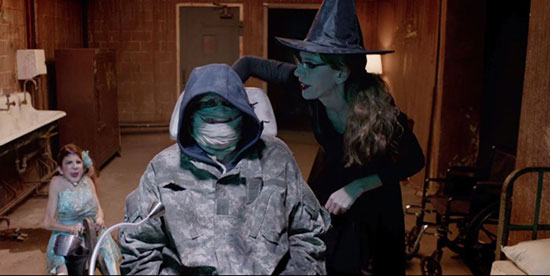 Well, you kick ass so keep going and making kick ass films. I cannot wait for the next film and I hope to see Kill Kill!

Jared- You do reviews on films right too!

Jared- Okay, I am sending it over. I would love to hear your take on the movie.

Awesome. Thank you so much Jared! I got the screener.

Jared- Thank you so much. 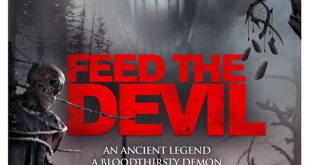 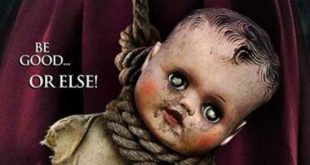