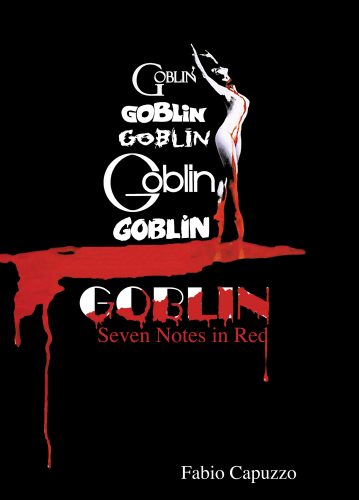 When I was several months shy of turning nine years of age, a television trailer for Dario Argento’s Suspiria sent me running to my bedroom in a mad dash of fright, fueling a nightmare that I have had at least twice since then. Eight years later when I became a horror film genre fan, my introduction to the World of Dario Argento occurred at a screening of Creepers at a local multiplex.

My (iron) maiden voyage into this film, internationally known as Phenomena and, despite initially being panned by pretty much everyone who saw it, is now revered by many as Argento’s best film. While Phenomena is my own (and Argento’s of his own work) personal favorite due to the completely off-the-wall cinematic style and the gorgeous Swiss Transylvania backdrop, my opinion for his best film lies with Profondo Rosso made ten years earlier, a film that I saw on VHS on Argento’s 45th birthday of all days.

The most obvious connection between these two films, in addition to the wonderful casting of Argento’s former muse, the wonderful Daria Nicolodi, is the absolutely stunning, pounding and driving music by the phenomenal progressive rock band Goblin.

At the time that I saw these two films, I had zero access to anything written about the Italian Maestro of Horror or Goblin for that matter. In the 32 years hence, this situation has been thankfully remedied by many fine books and magazine articles. However, a singular and dedicated book on Goblin in English proved to be elusive – until now. Goblin – Seven Notes in Red by author Fabio Capuzzo, is finally available to us Stateside. This lavishly illustrated, gorgeous and nearly 600-page tome on one of the most fascinating prog rock bands in the world has been completely updated for 2017. This book belongs in the hands of every Goblin/Dario Argento fan. Their contribution to Argento’s work is inextricably linked to his finest moments. Where would Alfred Hitchcock be without Bernard Herrmann? Or Steven Spielberg without John Williams? 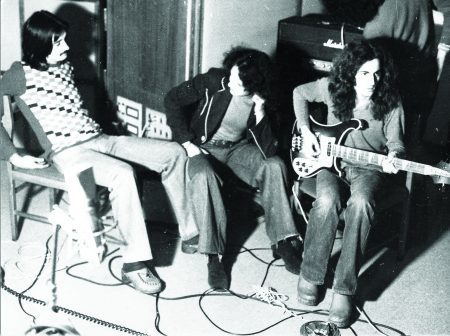 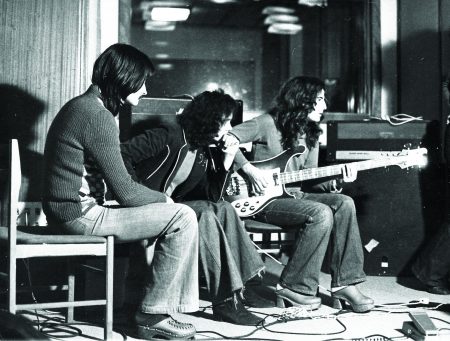 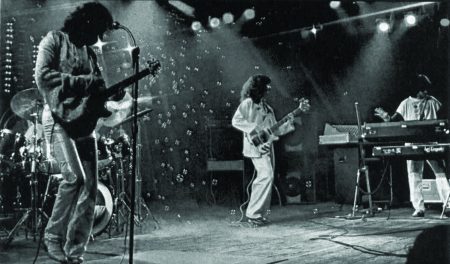 In the early days of the Internet’s availability in the form of the World Wide Web, my only real connection to Goblin was through super-fan Ian Zapczynski’s fine titular website that was very comprehensive for the time. He is generously thanked in the book’s introduction. The new book, of course, goes way beyond this and tells the story of Goblin chronologically beginning with a look at the genesis of one of my favorite musical genres, Italian Progressive Rock, which began in the mid 1960’s and reached its zenith right around the same time that the legendary Led Zeppelin was getting itself off the ground, and groups like Yes, Blue Oyster Cult, Black Sabbath, Deep Purple, Rush and Kiss were on their way to becoming household names. 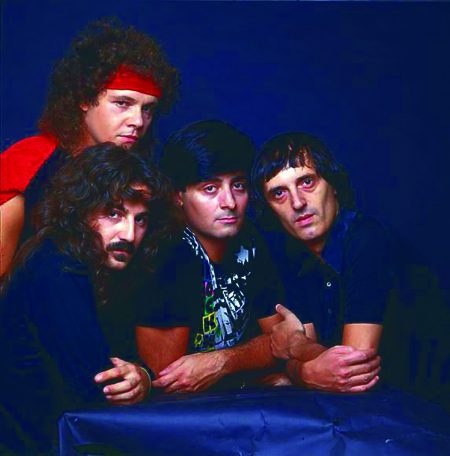 The book reveals that 1975 was pivotal to Goblin’s success as they met film director Argento and were commissioned to write music for his fifth (and best!) feature film, Profondo Rosso. As a stickler for knowing exact dates and other minutiae, I appreciate the author’s writing style that incorporates this information. I love behind-the-scenes stories that explain how and why decisions were made (most of the time it’s simply due to money and time) and the story of how Goblin came to score Profondo Rosso and ultimately working with Dario Argento is very interesting.

Rather than being labeled with a table of contents and a series of chapters as is customary, Goblin – Seven Notes in Red takes the unusual and delightful step of beginning with “opening credits” and continues with a total of fifteen “scenes” and an “end credits”. 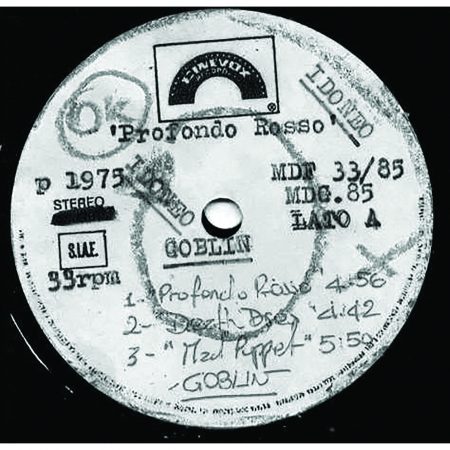 The book is chock full with an overwhelming amount of information. If there is an anecdote about Goblin that you are looking for, I would be shocked if you can’t find it in these pages.

The book has a sterling layout by Beth Hall (www.BHallDesigns.com) which features photographs of Goblin at work.

If you love Goblin, this book is a no-brainer. It’s superb and can be ordered here:

NOTE: THE FIRST 500 HARDCOVER COPIES RECEIVE THESE COOL POSTCARDS AND A BOOKMARK, SIGNED AND NUMBERED BY THE AUTHOR (mine was 45 – the age Argento turned when I saw PROFONDO ROSSO :) 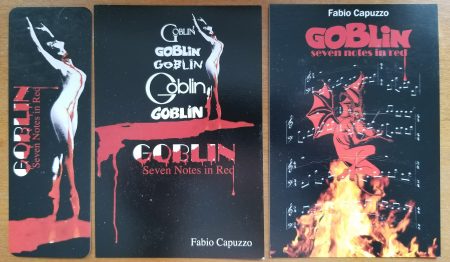 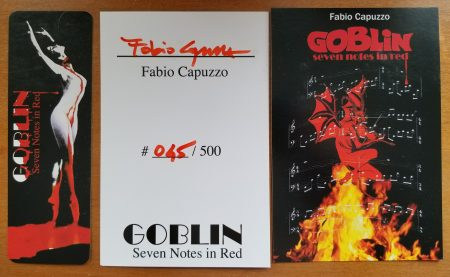