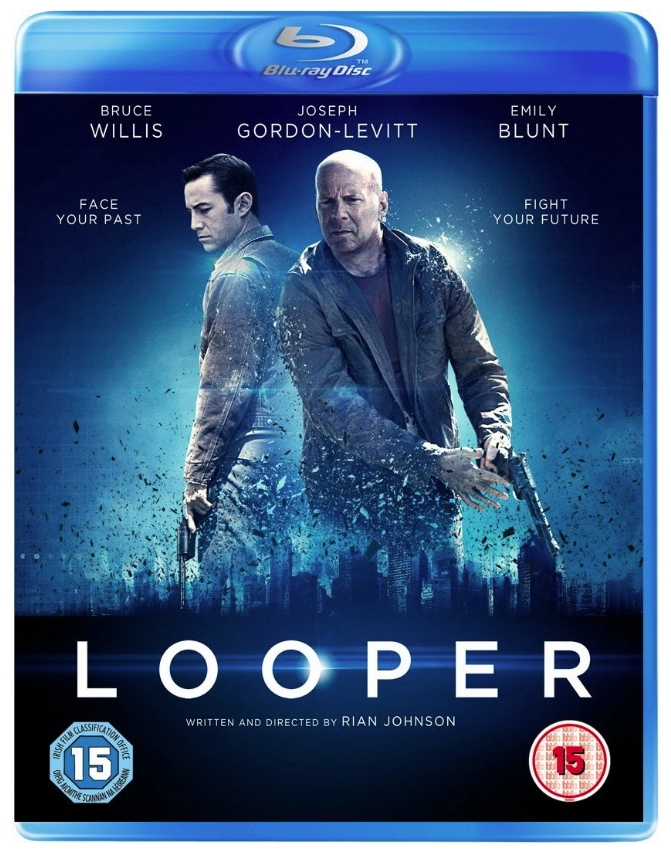 “Joe is classified as a ‘looper’, a job in which his employers use time travel to send men from the future to be killed into the past, where Joe can properly dispose of their bodies. However, to tie up loose ends and erase the evidence of his ever being a looper, Joe knows that one day his future self will be sent back for him to kill. When this day comes, Joe’s future self is prepared and escapes, and the two men struggle separately in the past trying to evade capture and attempting to fulfil their own personal agendas.” (courtesy IMDB)

In October of 2012, Star Wars creator George Lucas sold his production company Lucasfilm and with it the Star Wars franchise, to the Walt Disney company. Disney immediately announced a new trilogy of Star Wars films. J.J. Abrams directed the first episode of the trilogy, Star Wars VII The Force Awakens (2014). Then filmmaker Rian Johnson was given the job of writing and directing its sequel Star Wars VIII The Last Jedi (2017), due for release soon, and he’s already started writing Episode IX. Right now you might be asking yourself, “Who on earth is this Johnson person?” Rian Johnson is not a man you can put in a neat little box. His time-travel thriller Looper (2012) and his involvement in the Star Wars franchise might label him as some sort of science fiction mastermind, but a glance at his back-catalogue unravels that thread quickly enough. The only really cohesive feature of Johnson’s previous three films – Brick (20058), The Brothers Bloom (2008), Looper (2012) – is that they are laden with subtext. 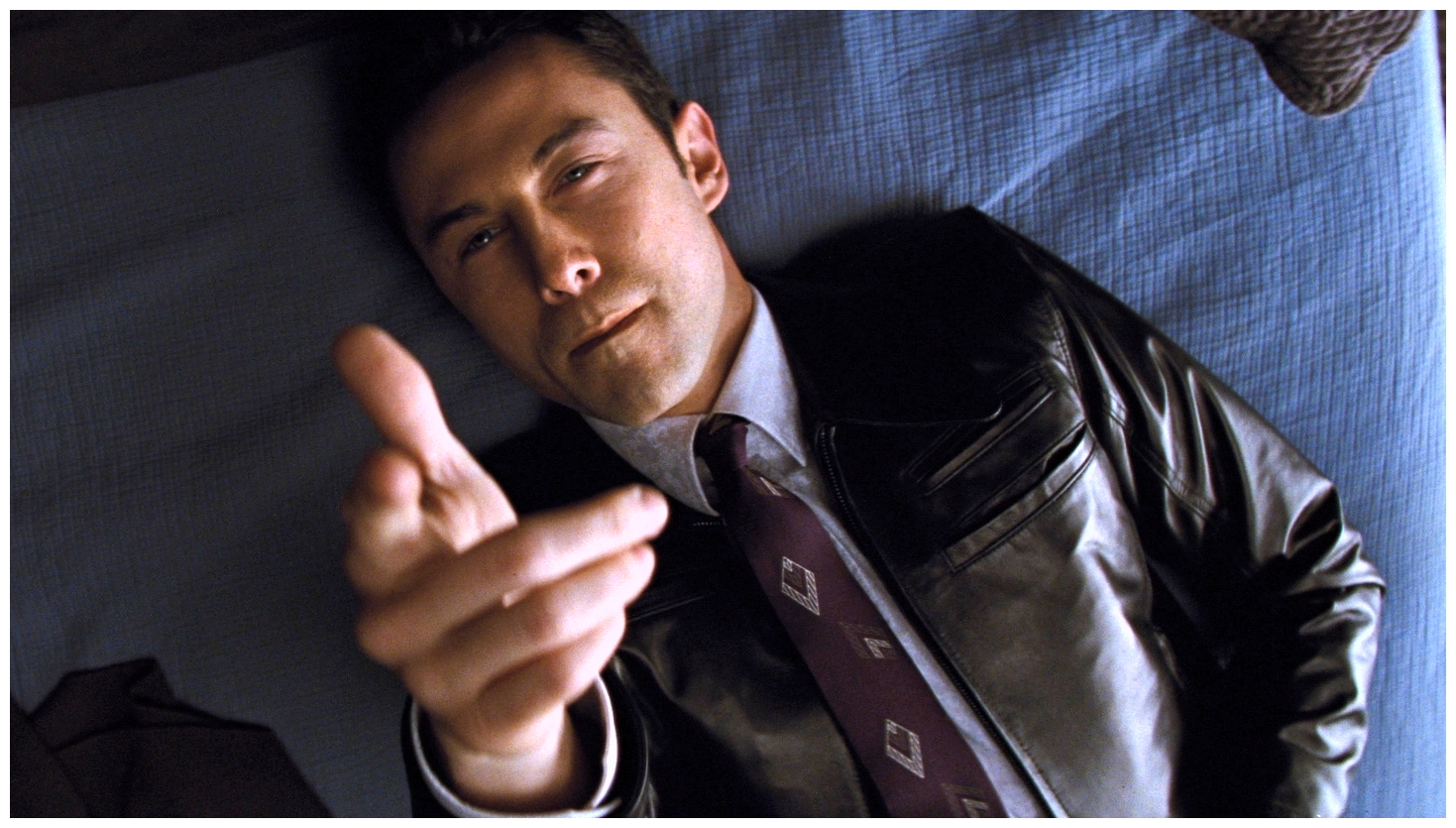 Brick blended film noir language and characterisations into a contemporary setting, and The Brothers Bloom is an ode to the intricacies of storytelling, one which toys playfully with us by letting us think we’re in on the joke, then pulls the rug out from underneath us. And much the same goes for Looper. From the get-go, we know this isn’t your average sci-fi flick, and that we’ll be privy to some twists and turns. But the twists and turns come so thick and fast that, before you know it, you’re second-guessing yourself and bam! You’re in Johnson-Land. First things first, let’s get the foundations of Looper straight. Joe (Joseph Gordon-Levitt) is what they call a looper, an assassin living in 2044 who kills people sent back by mob bosses from 2074 via time travel. Trouble is, it looks like the mob bosses want to close Joe’s loop when his future self (Bruce Willis) is sent back for him to kill but, after Joe spares his older self, chaos is unleashed. 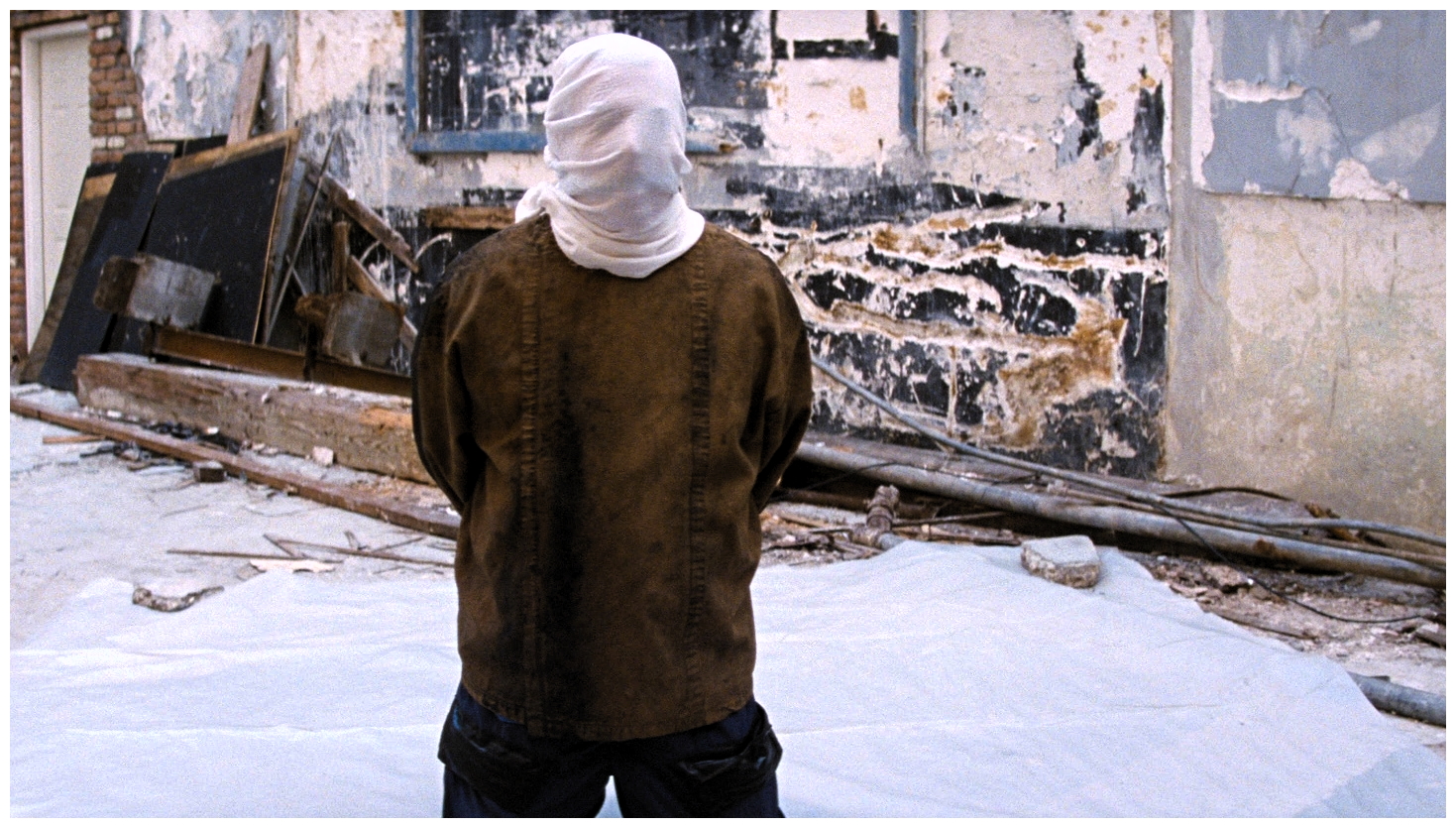 To say any more would be to ruin part of the enjoyment of this intricate science fiction action-thriller blend but, rest assured, it fits perfectly into Johnson’s oeuvre of films in its unpredictability and sheer originality. While Brick had a Dashiell Hammett influence, and The Brothers Bloom reeked of Federico Fellini, Looper is more an amalgamation of ideas and influences, though none of them are strictly cinematic. He had been collecting ideas for such a film since 2002 and the screenplay, which languished on many a producer’s desk for several years, was considered one of the ‘most liked’ unmade scripts of 2010: “I wrote the first seed of the idea as a short film that I never ended up shooting, about ten years ago, and I’d been reading a ton of Philip K. Dick at the time, so that probably informed some of it. I’m a big believer in having an idea or having ideas and just tucking them away in the back of your brain.” 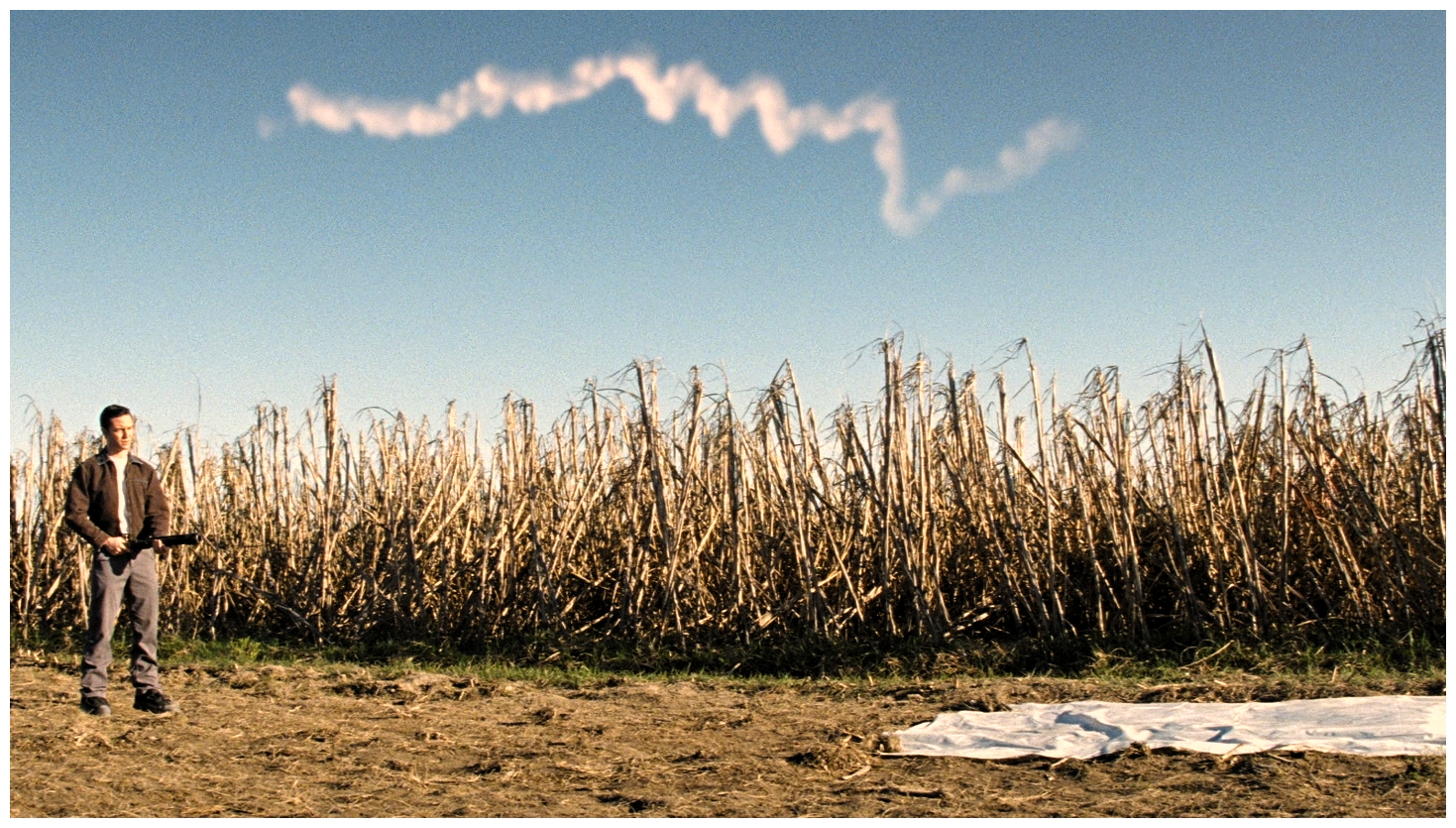 “Even if you aren’t consciously thinking of them, I think they simmer. You’re working on them even if you don’t know you’re working on them, and I think having something in your head for a while is a valuable thing. I hope it is. It has some influence from Westerns in the terms of the way it’s shot but, for the most part, I was just trying to tell the story and strip away some of those affectations. I’m really into sci-fi right now, so I might end up sticking to that realm. It’s still early days, though.” Could the indefinable Rian Johnson have found his niche? He is clearly a man of many inspirations, and Looper is indeed a rousing action-thriller, a super-stylish near-future movie with a good dose of melodrama thrown in for good measure. When Joe’s future self turns up as his target, a dizzying succession of chases, track-downs and confrontations result after he hesitates to carry out the hit, leaving one too many iterations of the same person in the same time-frame, and the mob isn’t too happy with the situation either. 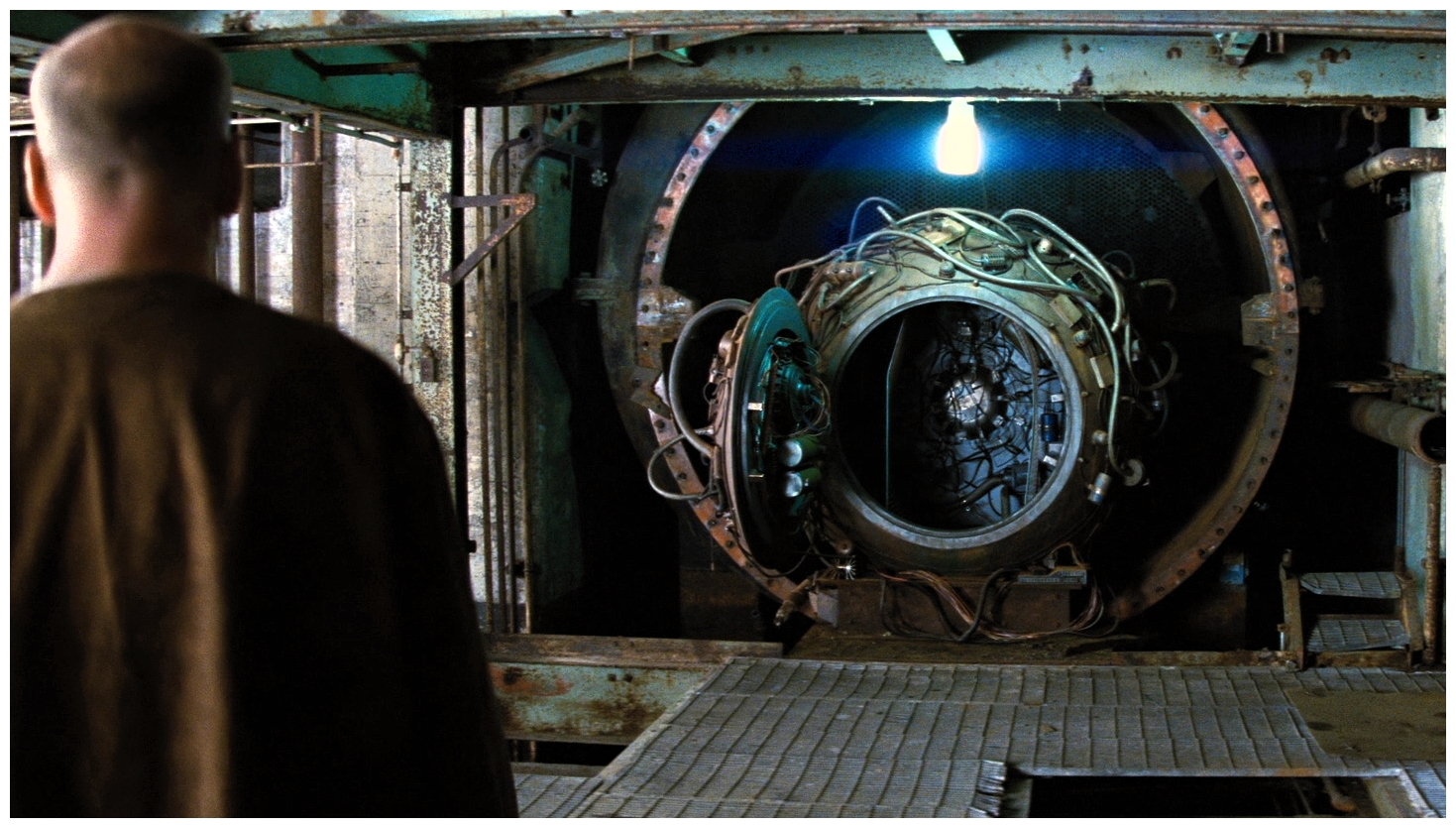 A recurring motif throughout the film is clouds – not only actual clouds in the sky, but cigarette smoke, dust clouds, references to rainmakers, cloud-like spurts of blood, even cream poured into black coffee. “Even though it’s a time-travel movie, the pleasure of it doesn’t come from the mass of time travel. It’s not a film like Primer (2004), for instance, where the big part of the enjoyment is kind of working out all the intricacies of it. For Looper, I very much wanted it to be a more character-based movie that is more about how these characters dealt with the situation time travel has brought about. So the biggest challenge was figuring out how to not spend the whole movie explaining the rules and figure out how to put it out there in a way that made sense on some intuitive level for the audience; then get past it and deal with the real meat of the story.” 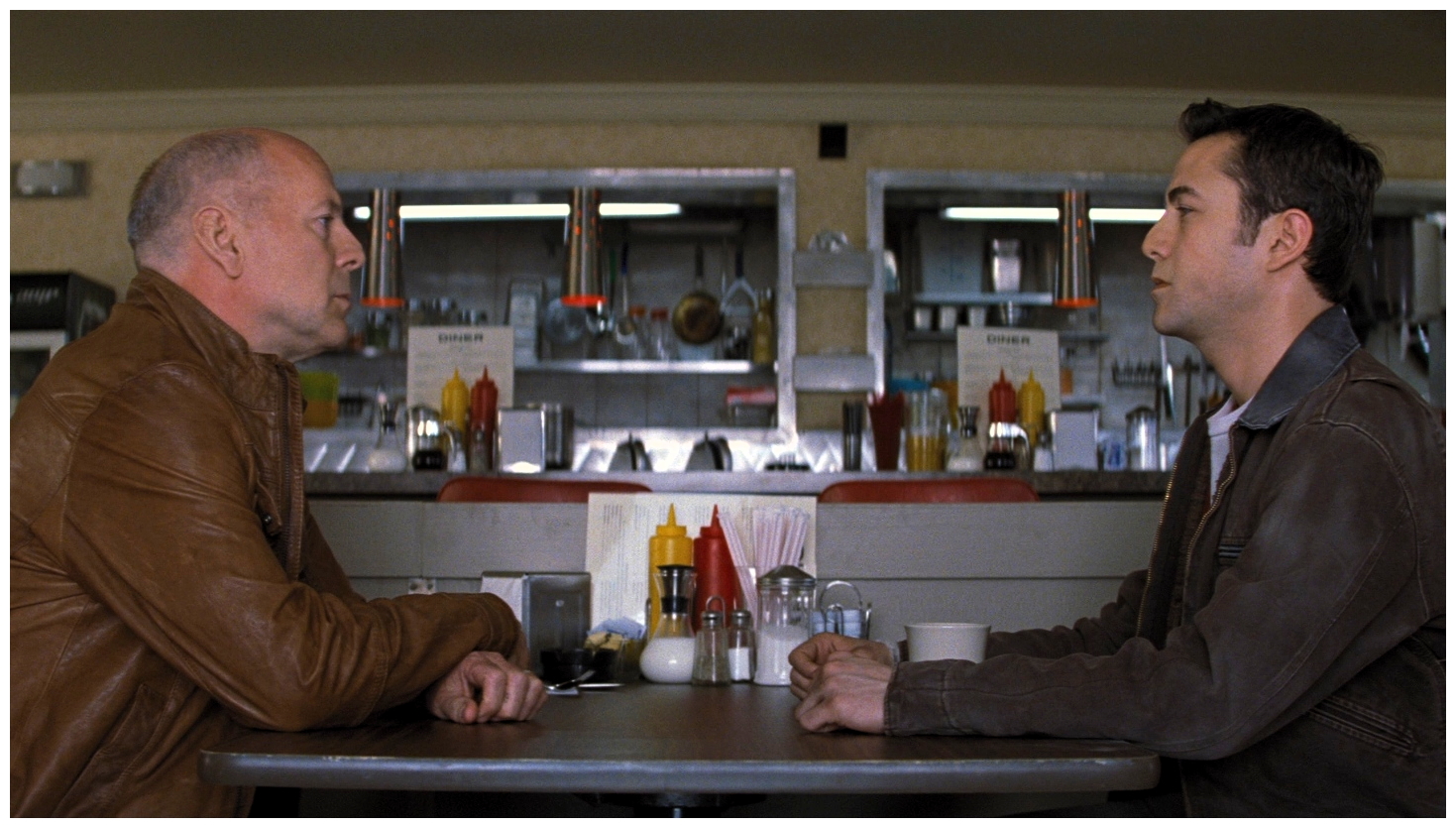 Superb writing and direction is complimented by terrific performances. Joseph Gordon-Levitt wears makeup and prosthetics to make him look more like Bruce Willis and, although this is occasionally a little distracting, it looks unnervingly good at times, particularly in closeup. Underneath the prosthetics though, Gordon-Levitt delivers a fine performance, adopting a few of Willis’ mannerisms and affectations but avoiding pure mimicry (he was so successful that Willis recognised his own mannerisms in their scenes together). He appears confident and at ease in the dense lead role, carrying off a mixture of hard-edged killer and caring young man while switching from one to the other with ease. Willis is equally as good but we’ve seen this kind of worldweary performance from him many times before. Nevertheless he’s in good form here. 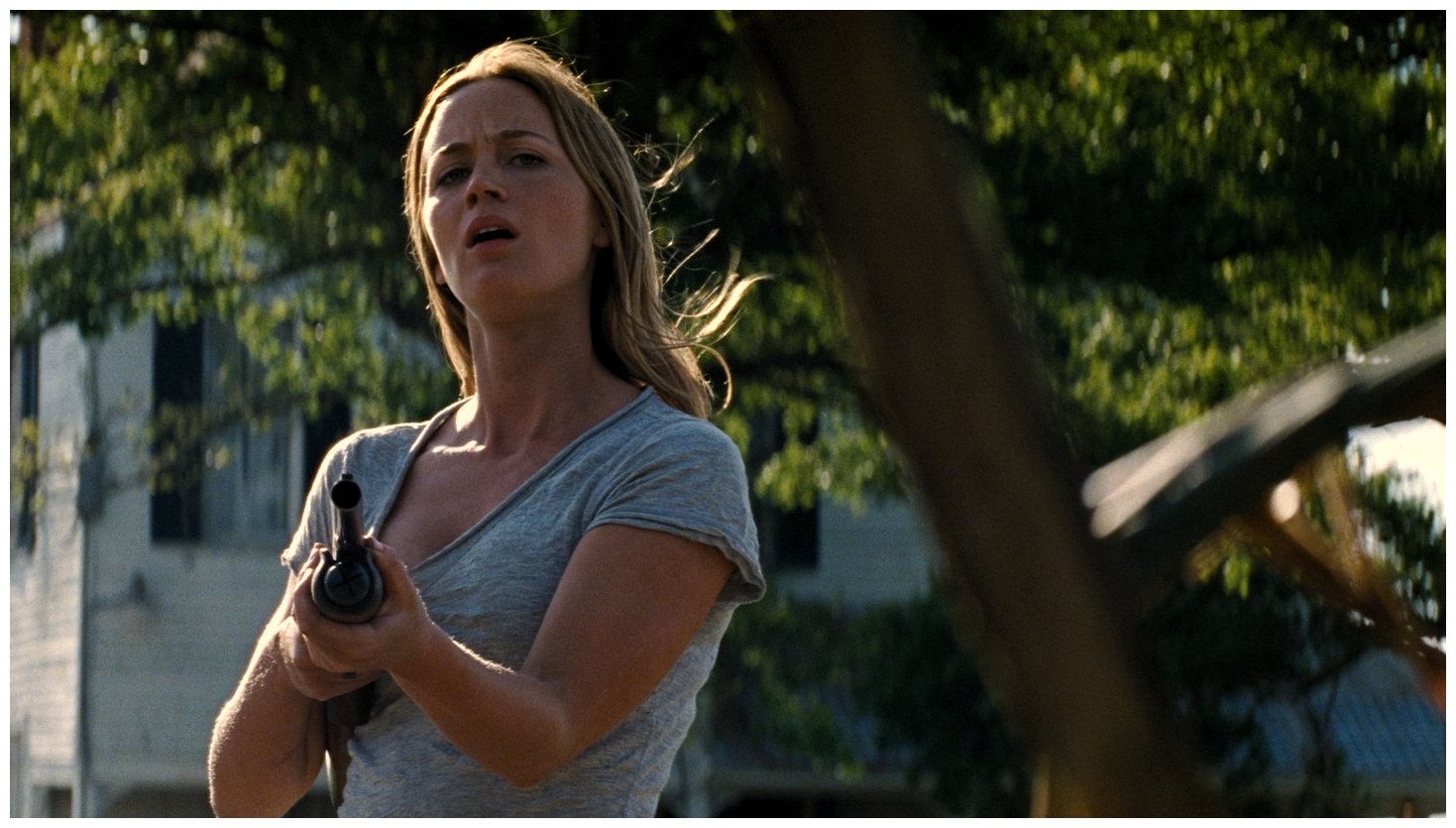 The chemistry between the two leads works well and really helped with the believability of them being the same person. Emily Blunt also performs well in a departure from her more familiar roles, adopting a convincing American potty-mouth accent, and looks comfortable holding a gun. She brings to the fore the feminine caring side when it matters though. Despite these three Hollywood ‘A’ listers, the standout performance comes from Pierce Gagnon, a young child actor in a pivotal role. He and Gordon-Levitt have some humorous and tense scenes together which work very well indeed. Also worthy of mention is Jeff Daniels as Joe’s mentor-manager – their characters shared a similar relationship in The Lookout (2007), in which Daniels plays Gordon-Levitt’s roommate. 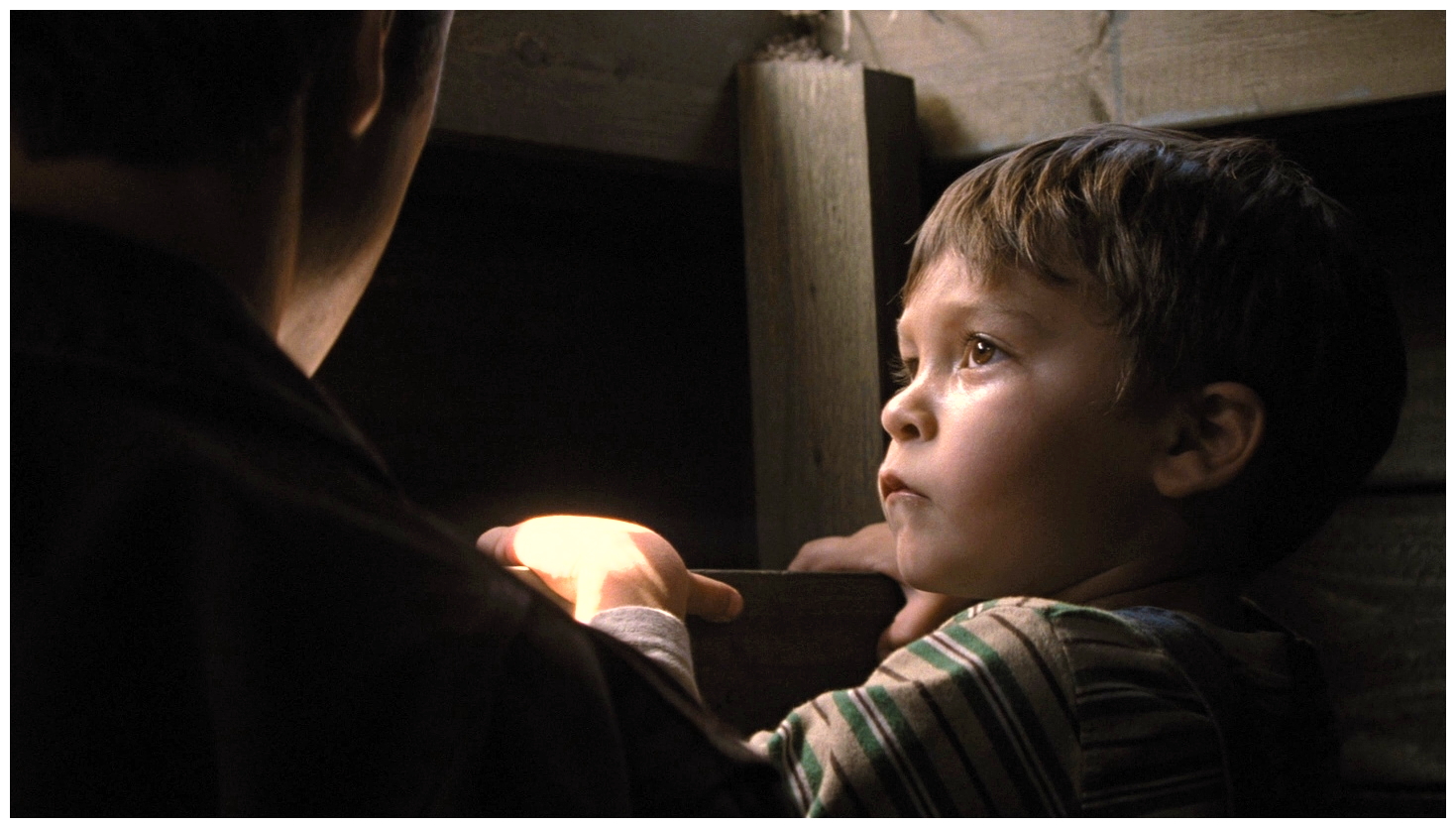 Looper is certainly the best of Johnson’s impressive filmography so far, selected as the opening feature of the 2012 Toronto International Film Festival. As thought provoking as it is thrilling, Looper is a remarkable feat of imagination and execution, with its heady blend of time travel, gritty action, dark comedy and romance that brings a fresh and unique approach to this mind-bending genre. Here’s hoping that where ever he takes us next in the Star Wars universe will blow any preconceived notions out the window. It’s on this hopeful note I’ll wrap-up this week’s burnt offering, and respectfully request your presence next week, when your leg will be crudely humped by another cinematic pedigree from Hollywood for…Horror News! Toodles! 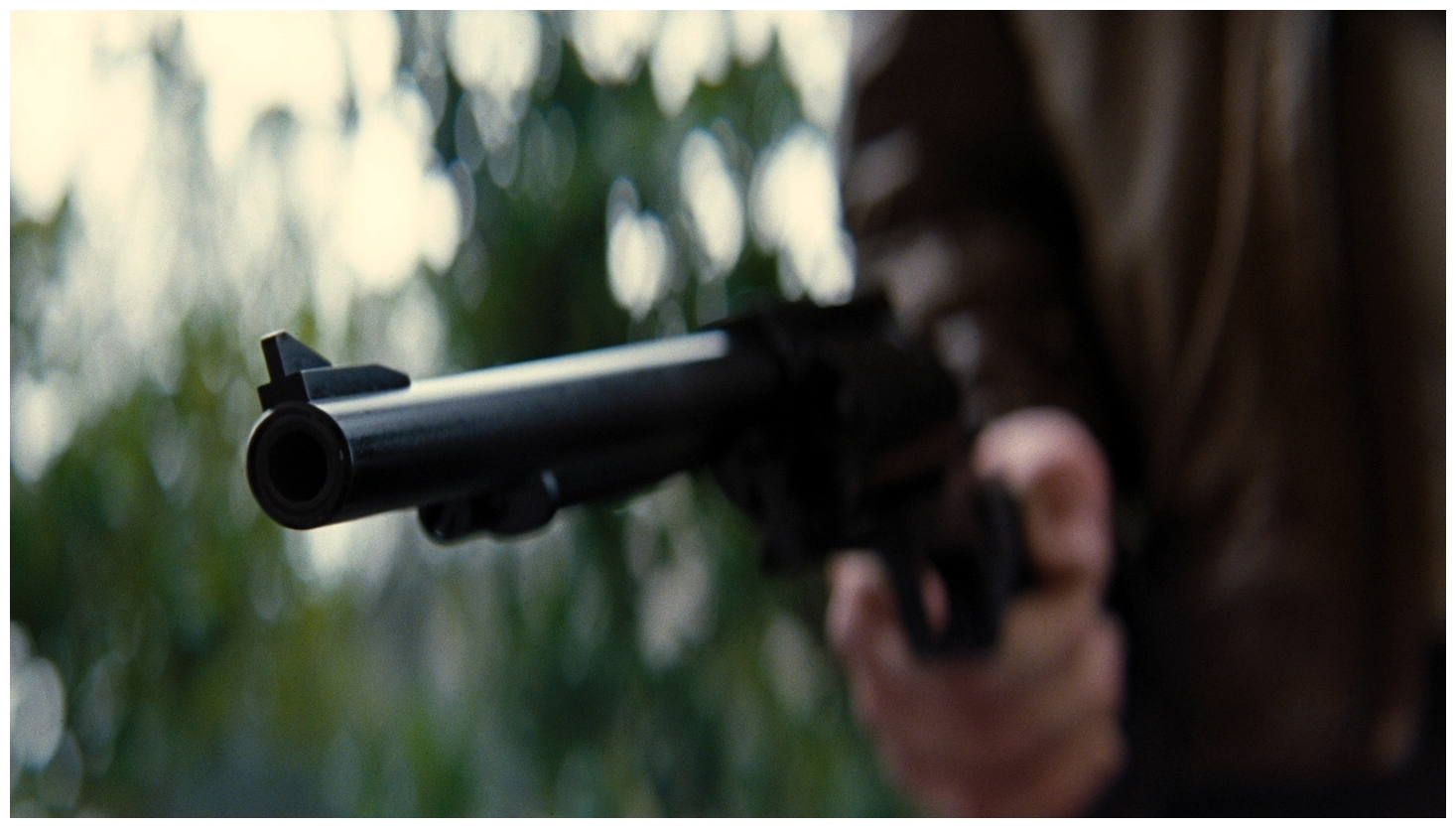