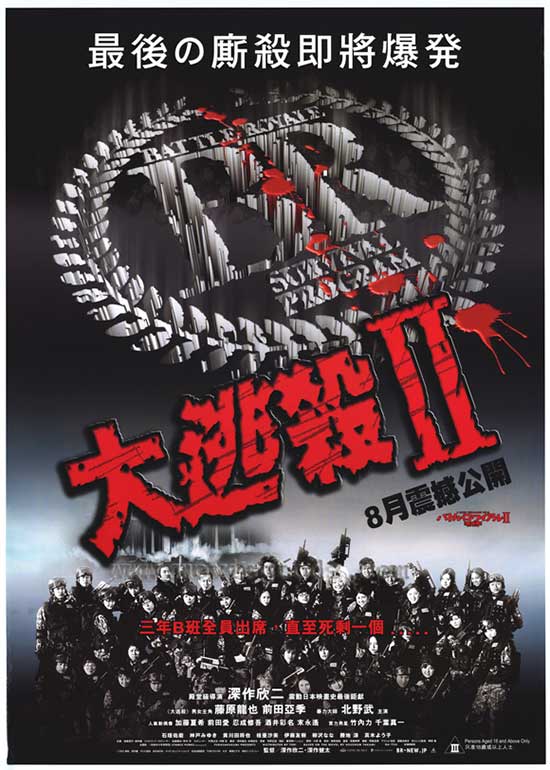 Three years after the failure of the last BR program, a second act is forged and a class of students are sent to an island with one objective: kill international terrorist Shuya Nanahara.

If you do a casual search for “best Asian horror movies,” there are a handful of titles that will appear on nearly every list. Oldboy, Ichi the Killer, the Guinea Pig series…these are movies that are infamous for their “extreme” nature, with reviews often focusing on outrageous gore scenes while largely ignoring their quieter merits. Audition is a perfect example—everyone seems to know what Audition is “about” but few realize that that part of the story is intended to be something of a twist in the final act of the film–surprising, given the iconic DVD box art puts it all on Front Street. This is a situation where a movie’s reputation outshines what it actually offers as a film, and while it can sometimes work in the movie’s favor, more often it ends up damaging a good movie’s any hope of a solid legacy. 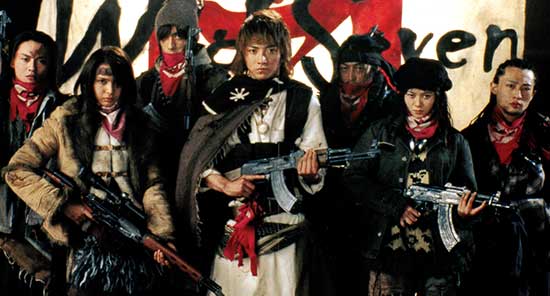 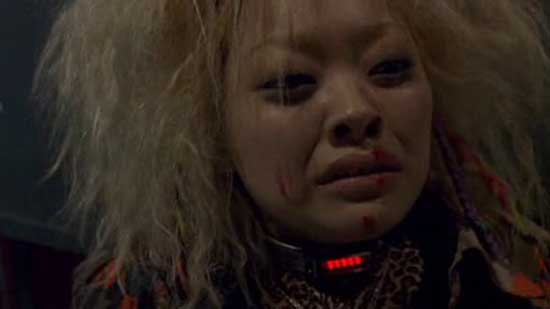 Battle Royale is a frequent spotlight on these “best of Asian Extreme” listicles, and why wouldn’t it be with such a juicy pitch? In dystopian Japan torn apart by a massive recession, high school students are forced to fight to the death as a means of population control. In the film, we meet our doomed class as they depart for what they believe is a field trip; they soon wake up to find themselves on a secluded island with collars on their necks. Their teacher explains that they will be playing a game called Battle Royale, and the only way to win is to be the last one standing among their classmates. Should they refuse to participate or break the rules, the collars they’re wearing are rigged to explode. The students are equipped with bags of supplies that include a single weapon chosen at random. The kids are let loose into the wilderness to let the chips fall where they may and most of them fall pretty fast–either being picked off by a stronger opponent or ending their own lives out of fear. The lingering competitors endure the fight of their lives as they try to survive the end of the game as their friends die all around them.

The film is definitely violent, but despite its controversial reputation [en.wikipedia.org/wiki/Battle_Royale_(film)#Controversies], I would hesitate to place it in the “extreme” genre alongside the likes of Oldboy. BR’s violence is more heartbreaking than gory—several deaths are just tragic accidents, the result of scared children playing with dangerous toys. One scene that sticks with me is the lovers’ suicide early in the game, where a couple jumps off a cliff hand in hand. It’s a brief moment, and we only meet these two as they are tearfully walking towards their deaths, but so much is said with so little that when they finally jump, we’re sad to see them go. Almost all of the students in BR are introduced shortly before being executed, and yet they remain memorable. We learn everything we need to know about them in mere minutes of screen time, so it does really hurt to watch a lovesick girl die in the arms of a boy who doesn’t even know her name, or to see someone accidentally shot by their best friend’s hair-trigger crossbow. There is a reason Battle Royale is still popular nearly 20 years after its release, (and why America just had to have its own lame version *cough* Hunger Games *coughcough*), because despite its outlaw reputation, the film as a whole is personal, touching, and often painfully relatable. But if you didn’t venture beyond the gory synopsis, you would totally miss out on why it remains so effective. 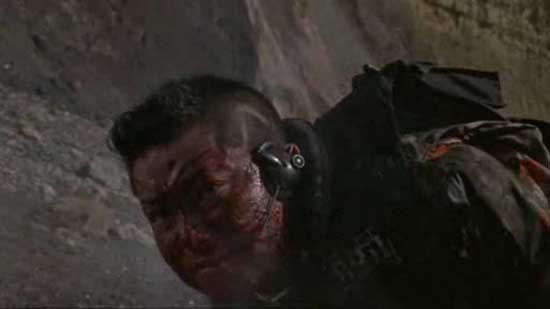 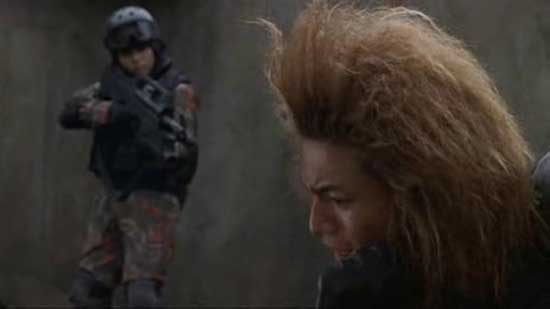 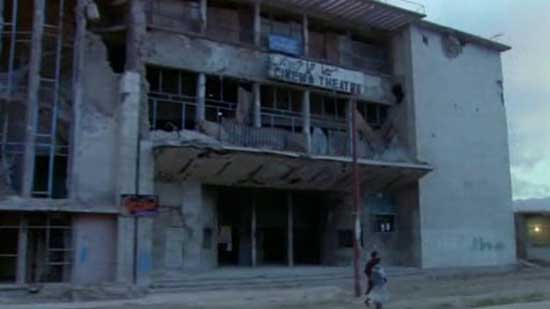 Battle Royale came out in 2000 and instantly made waves in Japan with its shocking content and dangerous restricted rating. It would take a few more years for the film to officially release in the States, but that certainly didn’t count America out in influencing what was to come. As we all know, 9/11 changed everything, not the least of which being our collective taste in movies. Just look at the Batman franchise—what used to be campy comic book romps are now dark gritty prestige pictures mirroring our own harsh reality and thirst for justice. The world at large was just as affected when the Towers fell and a new war began, and much like us, they coped through film. Horror has a particularly effective way of reacting to public fears, and in their own way, can lend a much needed release to that anxiety. If Battle Royale was a reaction to Japan’s struggling economy and growing societal distrust of government, than surely there was no better time for a sequel than in the midst of this new age of terrorism. 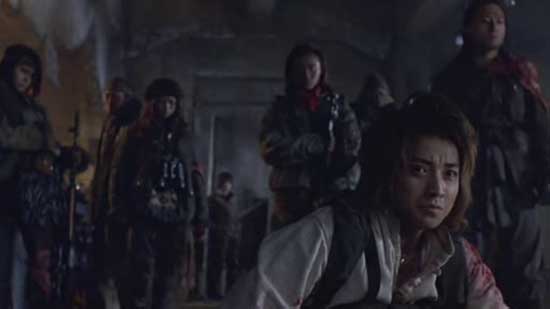 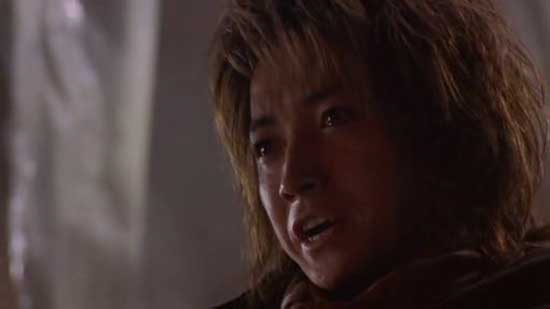 Where Battle Royale took Lord of the Flies and pushed it to fantastic new extremes, BRII takes Battle Royale and molds its most basic premise to fit a very pointed agenda. We still get a high school class transported to a secret island to fight it out, but instead of a messy random killing spree, we get something far more rigid. The students are dressed in matching army fatigues and equipped with machine guns before being shipped off to Battle Royale Island, their mission being to locate and destroy a colony of terrorists (survivors of the first film).

This new version of the game is played in pairs; if one collar goes off, its partner’s signal will also detonate, which means that we get to look forward to two-for-one deaths in our already small cast of characters. Over half of the students are killed before even reaching the island, picked off by snipers and their partners’ collar bombs. What remains of our class reaches the island in a scene straight out of Saving Private Ryan, soldiers storming the beach under a hail of enemy fire.

Where the original takes just enough time to get to know its endearing characters before cruelly ending their lives, the sequel prefers to shoot first and give backstory later. These kids wait to be introduced just as the bombs on their collars begin to count down. They confess to treasured friendships as they’re bleeding out, and their bereaved classmates howl their names as they shake their fists at the sky. After an eternity of gunfire, the film slows to a dead crawl so the still-living characters can perform their own monologues on the uselessness of war. Meanwhile, we barely know who any of these people are, and we find ourselves struggling to care.

It would be bad enough that BRII is boring, but it ventures into insulting with lines like “Blowing a couple of guys away won’t change a thing in this country” and “We’re just kids…what are we doing here fighting in a war?” The movie’s politics are so disgustingly obvious that there is an honest-to-god Sarah McLachlan commercial stuck in the middle of the goddamn thing. I am not kidding. Out of nowhere, actual footage of modern day war torn Afghanistan suddenly appears, immediately followed by the sweet smiling faces of needy Afghani children. I nearly spat on my computer screen. 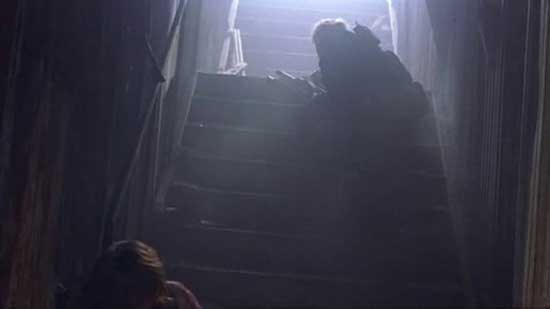 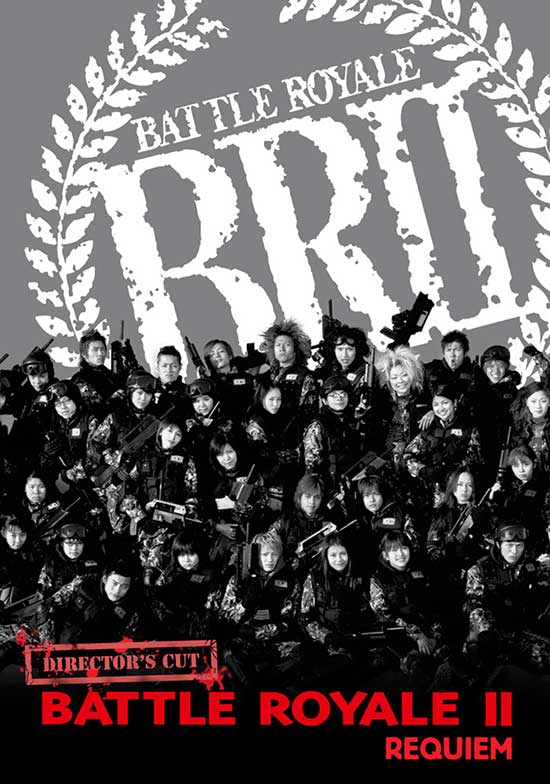 The original Battle Royale can be taken as social commentary, but it also exists on its own merits as an extreme portrait of teenage melodrama, and a damn good horror film. The sequel has no hope of becoming a classic because it chooses to so specifically date itself with current events, and it does so in a tasteless, ham fisted way. War movies are all well and good on their own, and it’s not as if this film didn’t try to be more than the sum of its parts, but don’t tell me I’m going back to Battle Royale Island and instead drop me in the middle of fucking ‘Nam. Maybe I wouldn’t be nearly as irritated with this movie if it had a different name, but as it is, it claims itself as the legacy to a poignant horror film just to beat us over the head with an anti-war message.

So, in closing: Battle Royale II, what is it good for? Absolutely nothing.