Home | Articles | Feature Article | Michael Myers Origins: A Look Back At The Boogeyman

Michael Myers Origins: A Look Back At The Boogeyman 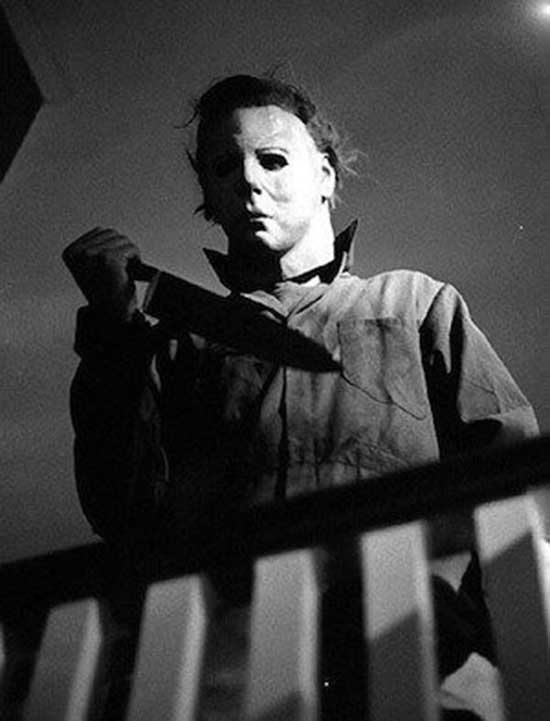 Michael Myers: A Look Back At The Boogeyman Who Stabbed His Way Into Our Hearts

Before the 1960’s, horror films tended to be gothic and romantic in nature. Monsters were mythical creatures who lived in faraway castles and dazzled us with dread within the comfort of our own homes knowing that we were safe from their wrath. It wasn’t until Alfred Hitchcock’s Psycho where horror was revolutionized and brought into our everyday lives where something as simple as spending the night in a hotel (or hell, even taking a shower) could lead to your demise. Influenced by Hitchcock, a young director by the name of John Carpenter delivered terror into a sleepy, suburban town and scattered fear throughout a frightfully playful holiday that would never be the same afterwards.

At the ripe age of 30, USC film school graduate, John Carpenter was brought on to direct a low-budget horror film his fellow classmate Irwin Yablans contrived.  After the success of Carpenter’s film, Assault on Precinct 13, he readily accepted the offer, granted his name would be in the title and he get creative freedom. The film (originally entitled The Babysitter Murders) was about a madman who escaped a psychiatric ward and went on a killing spree slaughtering innocent babysitters over a period of several days. Aiming for something relatable to youth at the time, the concept didn’t translate as well as they had hoped. Therefore, it was decided that the plot would be executed in one night, and what better evening out of the year than the one that opens the gateway to the afterlife where the dead are able to roam the earth?  Therefore, the title was changed to Halloween and the next steps to construct the ultimate Boogeyman were set into motion.

Before Freddy Krueger and Jason Vorhees, there was our brutally beloved Michael Myers. Myers was the prototype for a successful antagonist and the pivotal element to grow a film franchise. Carpenter had several influences in order to conceptualize his character and how the ultimate boogeyman came to be the archetypal killer that embodies evil forces.  The name itself is a tribute to a British film distributor who helped Carpenter with the success of his film, Assault on Precinct 13, in the UK.

Pretty sweet and morbid tribute, right?  While Carpenter was in Kentucky, his psychology class visited a psychiatric center in which a “child with this blank, pale, emotionless face, and the blackest eyes… the devil’s eyes”  inspired him to be the reference for young Myers who eventually went on to murder his older sister on Halloween night. The cold, distant demeanor translates to the film through stealth stances, taunting his victims, and admiring his kills as if he created some sort of wicked piece of art. This kind of flat affect also needed to be strongly conveyed through costume, lighting, production techniques, and that amazing score that Carpenter himself composed. 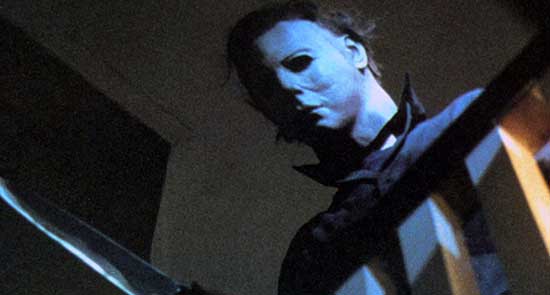 Since the film had a significantly low budget of $320,000, everyone on the cast and crew helped out however they can whether that be buying their own wardrobe or throwing leaves into a fan in order to mask the sunny Pasadena, California streets as fictional midwest Haddonfield, Illinois.

Production Designer, Tommy Lee Wallace, was assigned to find a minimally expressive mask which was purchased from a costume store that was an aesthetic showdown between William Shatner’s face from Star Trek or a Wearie Willie clown mask that looks more clinically depressed than scary.  Since the mask was meant to be faceless and expressionless yet human, similar to the one used in Georges Franju’s 1960 horror film Eyes Without A Face, Wallace cut the eye sockets wider, painted the mask a more pale shade of white, and thinned out the hair in order to give Michael his iconic look and one that would be worn by trick-or-treaters decades later on his favorite holiday.

Multiple people donned the mask during production but Nick Castle, a friend of Carpenter’s who later went on to become a director himself and assist with co-writing Carpenter’s 1981 Escape From New York, conducted his primary signature stealth movements.  Much of the stunt work was conducted by Tommy Lee Wallace since he was well versed in production design and the face you see when his mask is ripped off belongs to Tony Moran as they wanted to reveal an almost angelic appearance in contrast to other mask reveals in film such as Phantom of the Opera. 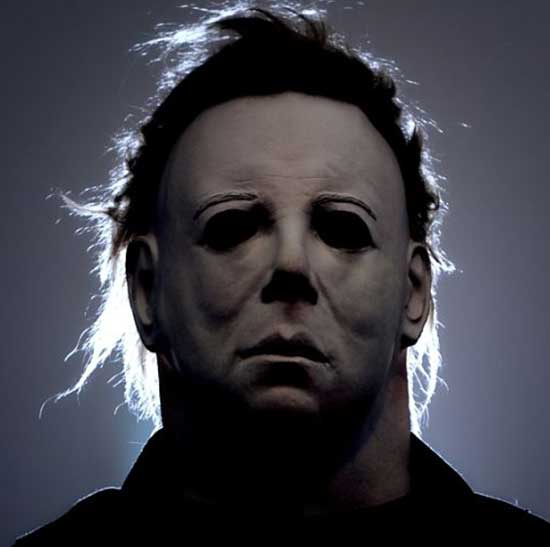 The description of Myers within the script and in the closing credits was listed as “The Shape”.  Despite being a young boy in the opening of the film, supernatural elements are introduced as he grows older.  This blurred distinction aids in the character development by morphing him ultimately into evil incarnate.  By reducing his persona to a merely physical shape, the mortal threat of Myers becomes null and void.  Part of the influence for this inability to destroy Myers came from Michael Crichton’s novel, Westworld, in which a killer android could not be defeated.  You can stab him, you can shoot him, you can push him out of a two story window, but he will always come back like the champion stalker that he is.

The film’s budget called for creative camera and lighting techniques to enhance Myers’ presence.  Dimmers were regularly used to slowly expose him in the dark and framing elements were applied to convey a feeling of him closing in on both his victims and the audience. Shots in the beginning of the film are wide-framed while they reduce smaller and smaller until the heroine, Laurie Strode (played by Jamie Lee Curtis), is trapped in a closet trying to fight off her attacker.  Framing elements worked extremely well in order to evoke further suspense and set up the stage for action.

These directorial decisions helped create the diabolic evil that Myers exudes and are evident throughout the film to the very end where his body disappears while the camera cuts to still shots of areas around the neighborhood indicating he is omnipresent and can be seen pensively lurking anywhere, anytime. That is the true fear of the boogeyman and ultimately Michael Myers himself. 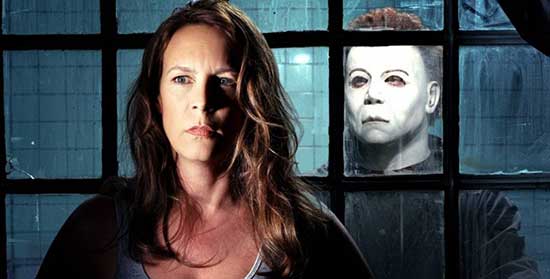 Halloween has been credited to have paved the way for modern day horror.  Franchises emerged after it’s conception including Nightmare on Elm Street, Friday the 13th, and numerous holiday driven thrillers such as April Fool’s Day and Silent Night, Deadly Night.  The film slashed a frightful rampage through cinema and exhibited ghastly elements in an artistic manner without resorting to gore or cheap thrills. Michael Myers went on to stalk his victims in nine other films and he, like the holiday the franchise is named after, will thankfully never truly die.