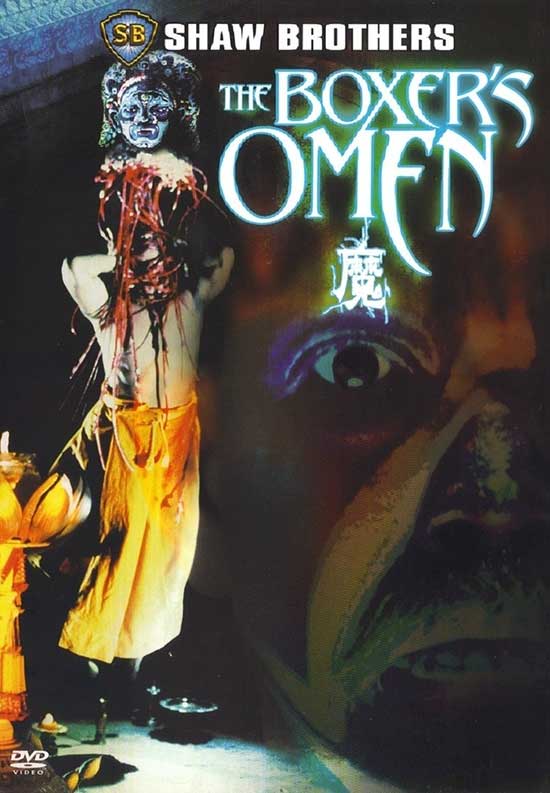 After his brother is paralyzed by an opponent after a boxing match a man seeks vengeance only to find himself mixed up in a weird situation involving black magic, dead wizards, and reincarnation (I think).

Wow. Where do I even begin? Without a doubt The Boxer’s Omen is one of the strangest movies I have ever seen and to be honest I only knew what was happening about 25% of the time I was watching it. I don’t know if I am just that stupid or if something was lost in the translation but I spent the biggest majority of the time I spent with the movie I was scratching my head in confusion and just wanting the movie to end so I could move on to other things. It’s sort of hard to review a movie when you aren’t exactly sure what it was about but I’ll give it the best try I can.

The movie starts off simply enough with a boxer getting jumped by his opponent after their match and having his neck broken which leads to him being paralyzed.  His brother then shows up looking to gain a measure of revenge against the guy that maimed him and then….well, I’m just not sure. It turns out the man is a reincarnated version of an ancient wizard (I think) and he has to fight an evil wizard and his monsters and minions (I think). 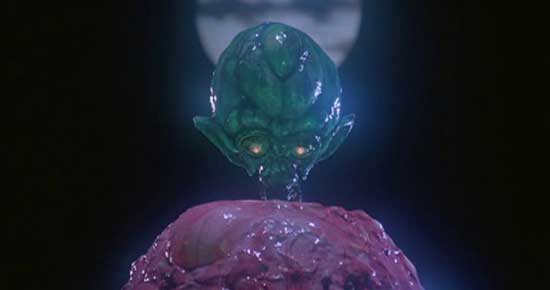 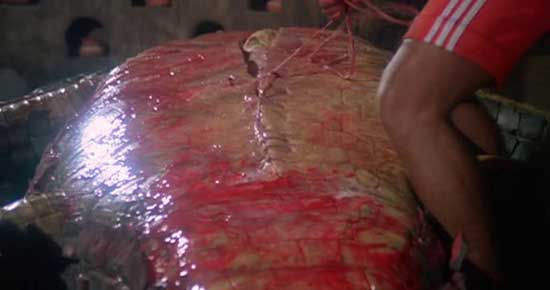 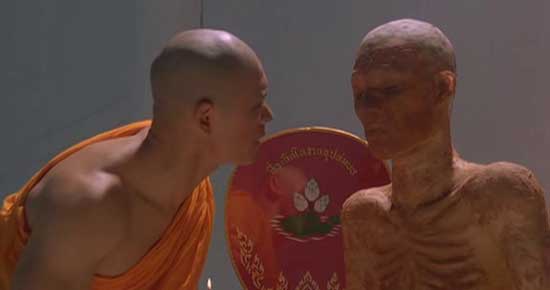 Things get a little fuzzy early on after the man’s brother is paralyzed and I had a lot of trouble trying to follow what was happening. I just know that there was something about black magic, a lot of fight scenes, way too many scenes of people puking (and some people eating puke), and a giant alligator at one point. I’m not kidding when I say that I really had no clue as to what was going on most of the time and as a result this movie was a very hard movie to sit through but somehow I managed to do so despite the fact that I nearly gave up on it more times than I could count. I feel like I deserve a medal for finishing it because doing so was not a pleasant experience by any stretch of the imagination.

In addition to just not getting it I also didn’t like it because it is just plain disgusting and there were several times that I had to look away because what was happening on screen was making me nauseous (of course it didn’t help that I made the mistake of eating while I was watching it. Well, sort of anyway because at one point I ended up just putting the chicken casserole I was eating back in the fridge because I just couldn’t eat any more of it thanks to this movie). I’ve got  a pretty strong stomach and can watch people getting ripped to pieces with no trouble at all. I love blood and guts as much as the next guy but vomit is a different story completely. 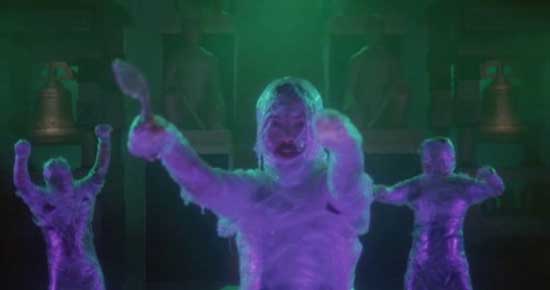 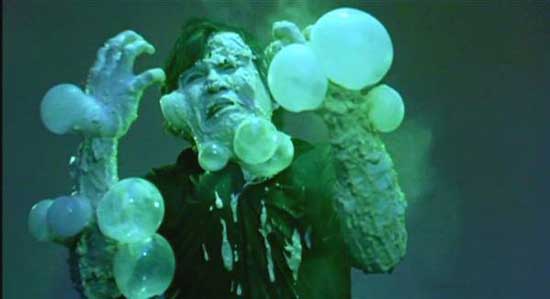 I have a problem with seeing (or even hearing) someone throw up and nine times out of ten when I see someone do so I will ralph myself seconds later. This movie has a ton of puke in it and one particular scene that involved three guys eating rotten, maggot-filled chicken then puking it up and letting one of the other guys eat it nearly made me barf all over the place. Not since Tommy Dreamer downed a cup of the Undertaker’s tobacco spit and then proceeded to puke all over the front of himself one night on wrestling back in the day have I come so close to throwing up myself after seeing something so disgusting on my television screen. The bit with the three guys and the chicken/puke eating nearly got me and unfortunately I think that it is permanently burned into my memory so I may never be able to eat chicken ever again without thinking about it. Thanks a lot, The Boxer’s Omen!

There’s really not much more that I can say about The Boxer’s Omen and I apologize because I know that this really isn’t that much of a review. As I said earlier it is hard to review something when you don’t really know what it was about and that was definitely the case here. On the positive side I did like some of the hardcore violence that takes place in the movie (and there is  lot of it) but in general I just didn’t care for this film for many reasons. 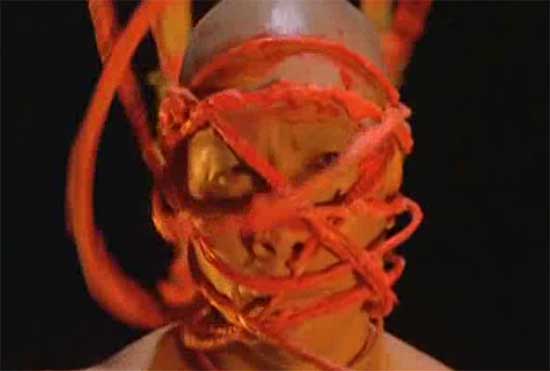 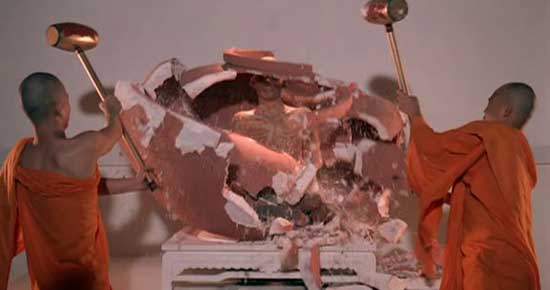 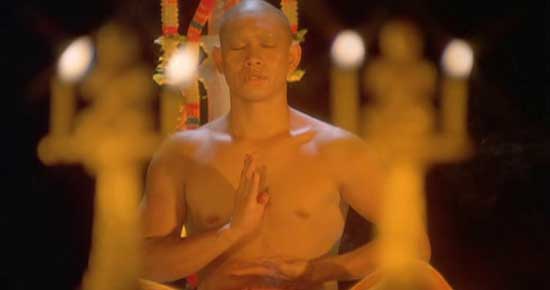 I may have liked it if I knew what was happening but I just found it to be a confusing, gross mess of a film that tried a little too hard to be bizarre and weird viewers out. If anyone has seen it and knows what the hell is happening could you be kind and let me know? Check it out at your own risk but keep in mind it makes little to no sense (at least to me anyway) and you will most likely feel like you just wasted your time watching it like I did. 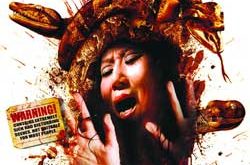