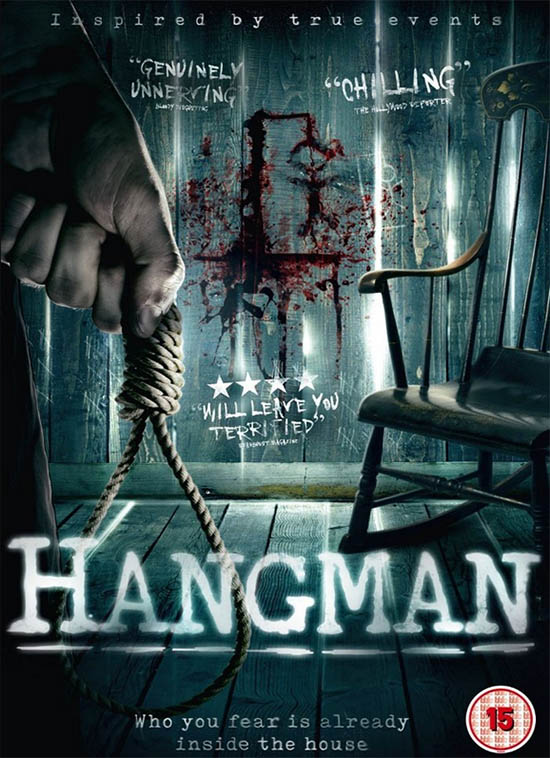 The Millers return home after a vacation and discover that their home was robbed. After the mess is cleaned up, they have no idea that their nightmare has just begun.

The term “underrated” is thrown around a bit too much nowadays, especially considering the prevalence of clickbait articles and lists around every corner of the internet (“Top 10 Underrated Films You Didn’t Even Know Existed – Number 3 Will Shock You” might just be my next article). But I’m willing to put my reputation (what reputation?) on the line and say this: after having viewed a majority of his work, I believe Adam Mason is a highly underrated horror/thriller director, and his most recent film, Hangman, is not only vastly underrated but wrongly lumped in with the glut of uninspired found footage films of the time and unfairly disregarded as a result.

Having premiered at the South by Southwest Film Festival in 2015 before being widely released in early 2016, Hangman is a film that takes the basic concept of home invasion horror to a new level. After a chilling intro involving a call to the police that gets cut short by screams, we watch a family exiting their car in a parking garage at the airport, arms full of luggage. We are seeing all of this from the point of view of a handheld video camera some distance away, and we keep this POV as the unknown cameraperson breaks into the family’s car, pulls up their home address on their GPS, and then proceeds to break into their house, leaving a mess for the family to clean up when they return. A window is broken, furniture is knocked over, the image from the word game “Hangman” is drawn on the shower wall, and a mannequin torso is hanging down from the attic by a noose. Cops say it’s probably kids partying, playing a prank on the family, but everyone is left with an uneasy feeling…and for good reason.

Where Mason’s film really sets itself apart from the pack is after the initial break-in, once the family has a security system with cameras installed. It is around this time that we know for sure where the intruder has gone: absolutely nowhere, he’s still in the house. And so we watch from a variety of camera views – security cameras, a handheld camera that the intruder carries, and hidden cameras that he installed when he first broke in – as the home invader torments the family. He starts with mild “pranks”: he leaves juice on the counter overnight and moves a plant to a different spot. But his actions get progressively more sinister, more devious, and more harmful, as the film makes its way toward a shockingly dark conclusion.

The cast of Hangman deserves quite a bit of credit. Eric Michael Cole (Dean Preston from Ridley Scott’s White Squall) plays the intruder, not that we see all that much of him, but he makes the most of his scattered on-screen appearances. His victims are the Miller family; Jeremy Sisto (May, Wrong Turn) plays Aaron, the dad, who tries to stay rational while things keep getting worse, sometimes leaning a little too optimistic. Mom/Beth is played by the one and only Kate Ashfield, probably best known for her role as Liz in Shaun of the Dead – she is frustrated, wants to get a gun to protect the family, and knows something is wrong, but still manages to keep cool for the most part. Max and Marley, their children, are played by real life brother and sister Ty and Ryan Simpkins (Ty was Dalton in the Insidious films and Gray in Jurassic World, while Ryan has acted in a variety of roles, from Alexis, Sherry’s young daughter in Sherrybaby, to Stephanie, the little girl who witnesses the crime in Jennifer Lynch’s Surveillance, and more recently Aubrey in Kyle Mooney’s [that weird, hilarious guy from Saturday Night Live] Brigsby Bear). Add in Amy Smart (from Crank and, one of my favorites, Seventh Moon) and Ross Partridge (Lonnie on Stranger Things) as house guests that the intruder passively messes with, and you’ve got quite the cast to work within this quite disturbing tale. 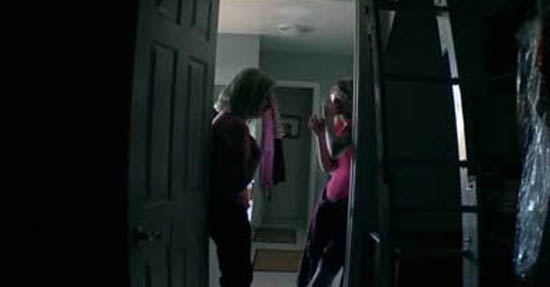 The concept of this film is scary primarily because we know it really could happen. Who hasn’t worried that their place might get broken into while they’re away, especially after posting on social media that they’re about to go out of town on vacation? Protecting your family gets increasingly difficult when a stranger is hiding inside the house, watching your every movement, knowing when you’re sleeping. Sure, it’s bad enough when you know who is after you and why they want to hurt you – see Joel Edgerton’s The Gift as a prime example of this. Even worse is having no idea who is after you, and no idea why they want to hurt you; that’s what the Miller family is dealing with. Even worse than that, thanks to the “found footage” format, we, the audience, know more than our on-screen friends, and the secrets we know are downright horrifying.

Hangman is the seventh time Adam Mason and Simon Boyes have co-written a film together, starting with Broken back in 2006. They make a great team, bringing a unique approach to familiar story ideas and breathing a bit of fresh air into the genre. With this effort, they created a horrifying experience, a kind of found footage version of The Strangers. And yes, the found footage approach is one that has been much maligned, but Mason pretty much avoids the shaky camera, which is usually the key complaint, and instead takes the “surveillance” angle. This approach also takes away the “Why the hell are they still filming when they’re about to die?” question that so many other movies raise. 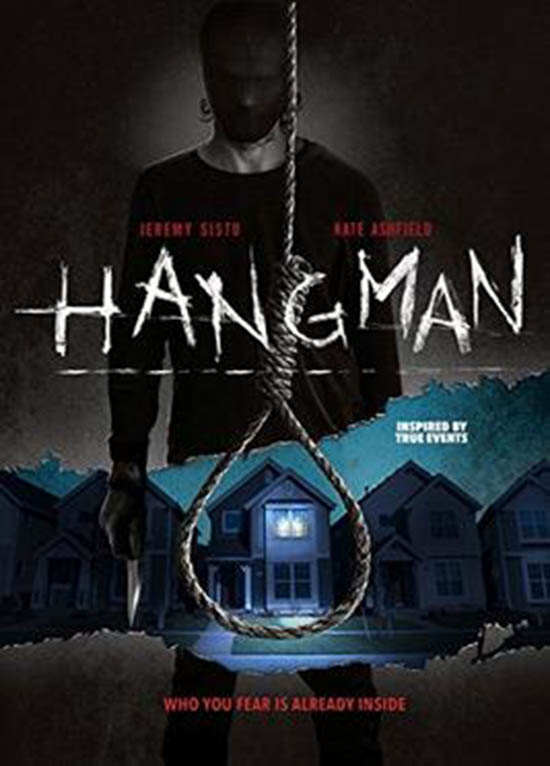 There were a lot of great horror films released in 2015 and 2016 – We Are Still Here, Bone Tomahawk, Deathgasm, Baskin, Hush, The Void, and the list goes on and on. Going back to my original point at the top of this review, it is my sincere belief that Hangman is heavily underrated and belongs on this list of great releases. The concept is interesting and done in a way that we haven’t already seen a thousand times. The atmosphere is dark, and the audience is drawn in early on, with a good tension building up until the very end. The acting is great, with special mentions for Eric Michael Cole, who creeps us out with his nasty behavior, and Kate Ashfield, who is always amazing and will hopefully continue making appearances in our beloved genre. This is a film for anyone who likes a well-told story with a plot that continues to unfold in surprising ways. If movies like Ils, The Strangers, and Eden Lake grab you, definitely give Hangman a shot.