After being disfigured at the hands of her sister’s ex-boyfriend a young woman’s life starts to fall apart. To make matters worse those around her are being killed off one-by-one by a mysterious woman who uses a pair of scissors to slaughter them. Will she be able to figure out the identity of the woman and stop before she becomes the next victim?

Most people are aware of the Japanese legend of Kuchisake-onna (also known as “The Slit Mouthed Woman“) and I have always thought that the whole idea behind it was pretty creepy. Back in 2007 there was a movie called Carved that featured the Slit Mouthed Woman and while it wasn’t perfect I thought that it was still a pretty decent flick. I recently sat down at watched the prequel Carved 2: The Scissors Massacre and thought that it was quite awesome. I actually enjoyed it more than the original film and thought that it was a well-done little movie that was just as depressing as it was creepy.  While some people may argue that it doesn’t follow the actual legend very closely (and I am inclined to agree) I still enjoyed it and thought that the filmmakers behind it put their own unique spin on things and gave Kuchisake-onna an interesting backstory.

The takes place in the late 70’s and focuses on a young woman named Mayumi. She has a pretty decent life and is a happy person for the most part up until she is brutally attacked by her sister’s ex (who mistakes her for her sister as she is sleeping in her bed) and acid is thrown in her face, disfiguring her. Her mother is also killed in the attack and it isn’t long before Mayumi’s life is in shambles. She’s disfigured, her mother is dead, the people at school make fun of her due to her appearance, her love interest (who seemed to be interested in her as well before the attack) doesn’t want to have anything to do with her, and her father kills himself so the family can collect on his life insurance to get themselves out of debt (and you thought you life was a mess!).

It isn’t long before people that she knows are being killed off by a mysterious woman with a pair of scissors that seems to be stalking Mayumi and most of the movie revolves around her trying to figure out who the woman is, what her connection to her is, why she is killing those around her, and how to stop her. Sounds pretty cool, huh? Trust me, it is. It has a nice slasher flick feel to it and I just dug the overall vibe of it. I thought that it had an interesting premise and it kept me entertained from beginning to end. While it may not be action-packed the entire time and moves a little slow that’s okay because I was interested in what was going on while I was watching it and didn’t feel the slightest bit bored once.

One of the best things about the movie is Mayumi herself. I thought that she was a great character and you just can’t help but really feel for her. Rin Asuka does a great job bringing her to life and should be proud of her performance. I felt so bad for the character because in the beginning life is pretty much perfect for her and then she goes on to live through one horrible tragedy after the other. As I said earlier, not only is the movie itself legitimately creepy but it is also incredibly depressing at the same time thanks to everything that happens to Mayumi. She doesn’t deserve any of it as she seems to be a genuinely good person and I hated seeing her life basically become a living hell at one point. Asuka is awesome in the role and thanks to her performance I can honestly say that Mayumi is now one of my favorite Japanese horror film characters right up there with Asami from Audition, Chihiro from the criminally underrated Freeze Me (stop what you are doing right now and go watch it, you can thank me later) and Rika from Ju-on: The Grudge.

While I saw the big twist coming a mile away I still thought that it worked. Most viewers will be able to figure out what exactly is going on and who the mysterious woman really is pretty quickly but that’s okay because it works for the most part. I don’t want to say anything more because I don’t want to give anything away but let’s just say that it is so easy to figure out that most people reading this review right now probably already have a good idea what the deal with the woman is and how she is connected to Mayumi. It may be pretty easy to deduce for the most part but I have to give it to the people behind the film for at least trying to throw a little mystery into the mix.

I really enjoyed Carved 2: The Scissors Massacre  and would consider it a hidden gem. I dug it a lot more than I thought that I would and I think that a lot of other viewers out there will feel the same way about it if they give it a chance. While it may not be in the same league as other horror movies from Japan along the lines of Ringu, most of the Ju-on movies, Battle Royale, and a few others it is still a good movie and worth your time if you run across a copy of it. Check it out if you get a chance, you won’t be disappointed. 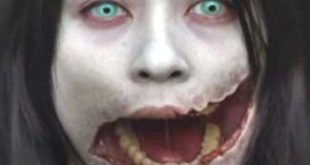 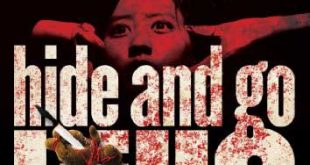