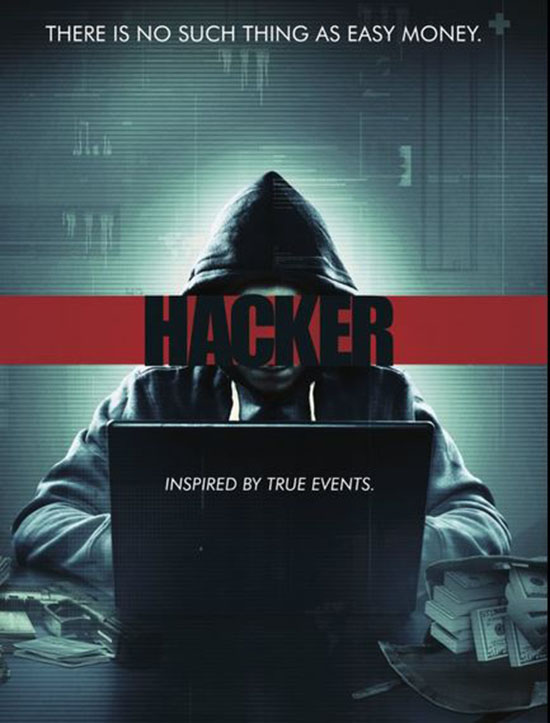 With the help of his new friends Alex Danyliuk turns to a life of crime and identity theft.

The movie Hacker made me think about our tendency to glorify outlaws. It seems like we like romanticize real life figures known for committing crimes. Look at the Western outlaw Jesse James. People tend to think of him as some kind of Old West version of Robin Hood. The problem is that they ignore the fact that this was a guy who used to tie a several people to a tree and shoot them just to find out how many bodies his bullets would go through. In recent years, I found movies that looked at these people a little more honestly to be more interesting.

For instance, the movie Young Guns centered on the exploits of Billy the Kid. While dramatized, there was one aspect about it I thought rang true: it depicted Billy the Kid as more of a violent psychopath who got a thrill doing the things he did. While the main character of Hacker isn’t a violent gunslinger, he’s still a modern day outlaw guilty of many crimes. The question it brings up was whether or not he was a hero, villain, or something in between.

The film purports to be based on true events and centers on Alex, who is also the narrator. Alex’s parents were immigrants from Ukraine who settled in Canada. His father had a rough time finding a job while his mother found employment with a bank. Alex, as he got older, became fairly adept at computers and started taking jobs using those skill. He saves up some money in the hopes of going to college, but ends up having to give it all to his mother to help pay the bills after the bank fires her. He then starts using his skills for illegal activities to help recoup the money he lost as well as help his parents with their bills.

After a while, he gets dragged into a shadowy hacker organization called “Dark Web” and starts pulling off bigger scores. He soon decides he wants to help Dark Web go after the banks that he feels have grown corrupt. He never got over how heartbroken his mother had been about losing her job, so his mission is fueled by a need for revenge. However, the more Alex gets involved in Dark Web, the closer he gets to getting caught by authorities.

After having watched the movie, I could go over how it was decently enough acted and shot, but I really don’t want to go into that because this movie, this story, is utter and complete bull crap. First, the amount of success that Alex claims to have achieved through his hacking activities slowly becomes more far-fetched as the film progresses. Something about the excesses he reaches just didn’t seem believable when you consider that it’s supposed to be based on true events.

Granted, I could be wrong, but yet, there was something that didn’t quite seem right about it. However, once Alex gets involved with Dark Web and meets their leader, Zed, he’s recruited in the group’s plan to completely shake up the banking industry. To avoid spoilers, (but really, don’t watch this turkey), I won’t get into too many details about the scheme. I will say that it’s something that seems more at home in an old episode of Mission Impossible than something that has ever happened in real life. I don’t recall any events quite like it described ever happening, and trust me, something of that magnitude would have made the news.

Another issue with the movie is that it’s trying to perpetuate the “Hero Hacker” myth with the character of Alex. Basically, the film is proposing he’s the guy “doing the wrong things but for the right reasons”. It glorifies him and never takes the time to really show what effect his crimes have had on other people, or how they may have hurt others.

If the filmmakers actually took the time to do that, it may have done a better job of really fleshing out the Alex. However, the people that are affected by his actions are mainly faceless to both him and us. By doing that, the film comes across as trying to make him a hero. Even as the movie reaches the end and he’s forced to face some consequences, the movies attempt at him realizing he hurt people came across as empty and hollow. Even worse, the film pretty much gives him a Hollywood happy ending. So, did he truly learn a lesson when he pretty much gets to ride off into the sunset? 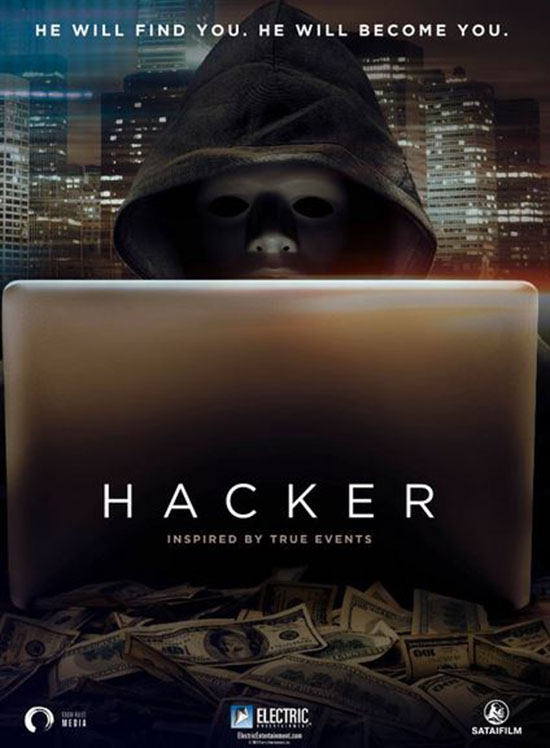 For us to believe that he truly understands that he was wrong, he should have been forced to see who he hurt and how badly. He should have also had a moment of self reflection where he truly understood his motives. It should have shown him realizing that his actions were driven by ego, anger, and revenge. Alex was so wrapped up with his own sense of self-righteousness he stopped thinking about anyone else. He had many opportunities to turn back and stop when he started to join in Dark Web’s attack on financial institutions, and was even urged to do so by his love interest. However, he wanted revenge on how the mean ol’ banks made his mommie cry. (Seriously, that’s really why he was doing it). The movie was too busy trying to glorify him that it never took the time to seriously consider the true nature of the damage he’d done to himself, to the people around him, and to countless others he never met. It therefore didn’t have Alex come to the same understanding. If it was meant to be an honest look at him, I would have to say it failed miserably.

Not giving a truly balanced look at Alex and his story was not only unfair to the character but the audience as well. The filmmakers are asking you to spend nearly an hour and half of your time of following a character that’s not particularly sympathetic, charismatic, or interesting. I not only do not recommend this movie I condemn it. It’s casting a favorable light on the kind of jackass who disrupts our lives just because some company mildly annoyed them. Not only do I find their self-righteousness insufferable, I find it equally so in Alex. Odds are that you will too.