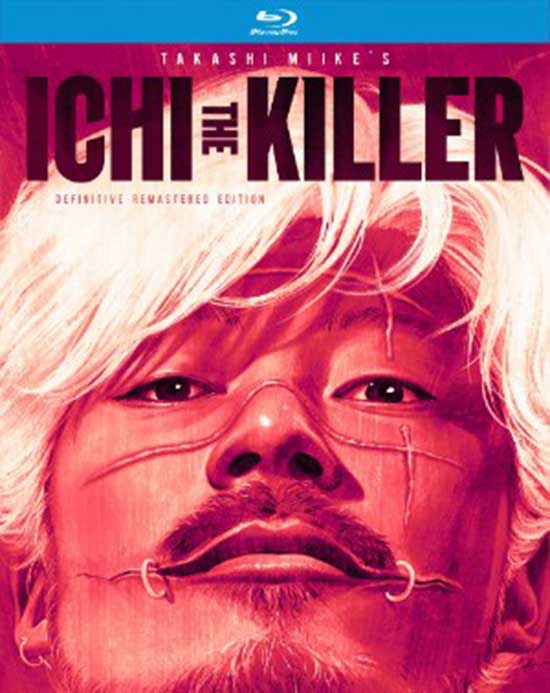 Filmmaker Takashi Miike takes inspiration from Hideo Yamamoto’s manga, Koroshiya 1, to tell this bloody and bleak tale about the Japanese yakuza. Blond-coiffed Kakihara’s “mentor in crime” disappears, and Kakihara vows to find out who’s responsible. He’s also on the lookout for Ichi, a sadistic killer who may be able to inflict the level of pain Kakihara so badly craves.

Welcome to the underworld Japan. Crime rate has hit an all new low. The mobs run the city, and the leader of one is a sado-masochist who gets off on both causing pain and getting pain. He does some of the most unhumane things that anyone could ever do, such as torturing by suspending you on hooks, throwing needles at your face, pouring hot oil over you and such other acts of inhumane cruelty.

He’s definitely the last person you’d wanna mess with. And the scary thing is? Well, he’s the only one who has common sense. And I guarantee you, he’d kill himself before he becomes humane. The character of Kakihara is not your average sado-masochistic monster of a mob boss, he admires his boss and is looking for one person who has any knowledge of where he might be: Ichi The Killer, a demented lunatic whose mind is very unstable, and gets off on watching people get beaten up and raped.

I have seen Ichi The Killer many times and have not gotten tired of it. Me being a guy who’s into gore and horror, I knew I was in for a treat when I bought this on boxing day about 2 years ago with some money. I knew from the very moment I had sat down to watch this dementedly brilliant masterpiece that I was gonna love this. It makes the perfect movie for a guys night- some beers, food, a bunch of your friends.

There’s plenty to love about this movie- the gore, the sexual content, the Japanese-English conversation, and the sexy Karen, who has a thing for Kakihara. Her sexy singapore accent as she speaks her lines of “I remember, I had a dog once when I was in elementary school” is enough to make any guy drool. And anybody would love Kakihara in his pimp clothes- I mean, where can I get a flashing jacket like what he wears at the end? Or that awesome purple coat he wears when he goes to the lady’s house (and breaks her fingers)? 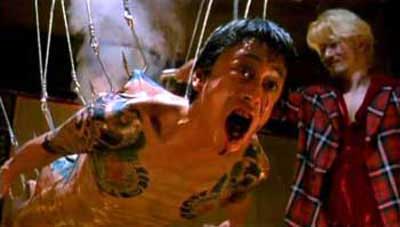 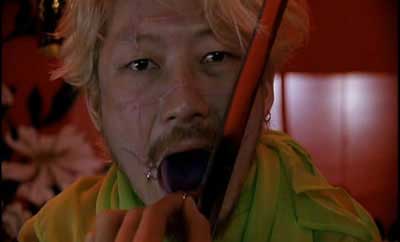 Of course, this film is not for everybody. It sure ain’t for the faint of heart. Anybody with a weak stomach is bound to faint! One interesting note is that they used a real pig intestine for a close-up. The rape scenes are very drawn out and anyone who gets upset by rape in movies (especially those who couldn’t stand the rape scene in “I Spit On Your Grave”) should best steer clear of this movie. I mean, just the thought of a a man who gets off on watching people get raped is enough to make you think “What a sicko”! But that’s the whole point. To make you think that. This ain’t Cannibal Holocaust where they tried to spread the “Kids, violence and rape are bad, mmmmkay?” (I enjoyed CH a lot, but still). And the whole intense atmosphere adds to the film. There’s a tension between these gangsters. It must be very uneasy to live their lifestyle. I mean, anyone with NO brain would know that the gangster lifestyle is the last kind of lifestyle that anyone would want to lead. 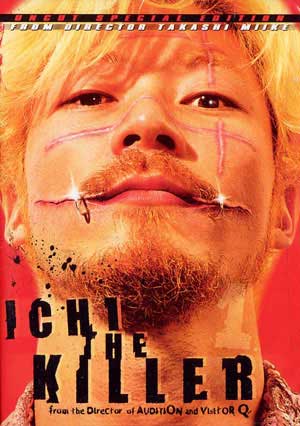 One thing about the movie I really liked was the father-son relationship between Kaneko and his son Takeshi. Kaneko is finding trouble to live his lifestyle supporting his one and only child on his own. One thing about that I also liked was that we don’t know about the mother, and that’s brilliant because we have these really lame movies where they explain in-depth about the whole mom/dad thing. Just the character of Kaneko is enough to make you sympathize. And his son, Takeshi is a brilliant child, but doesn’t get along with others, There’s one scene where Ichi saves Takeshi from being attacked by these high school bullies. He doesn’t have much of a choice, as you may see. But when he finally meets Ichi and looks up to him as a hero, that’s where his character gets REALLY brilliant. And the characterization of Kaneko and Takeshi is brilliant in every way possible. That final scene with them is very touching and heartbreaking too. 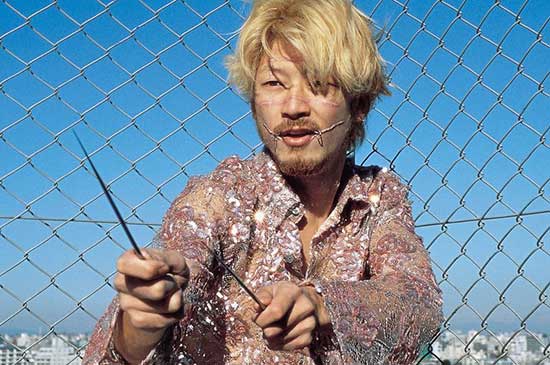 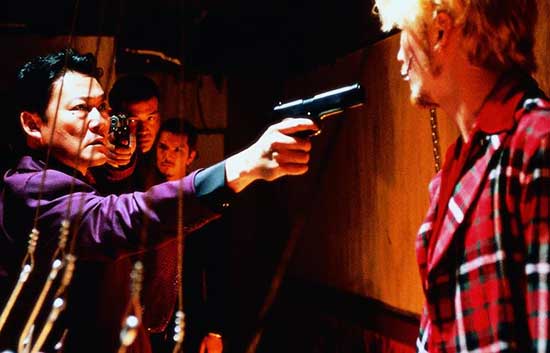 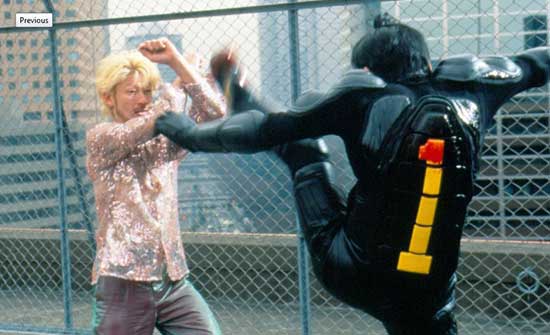 Overall, Ichi the Killer (Japanese Title: Koroshiya 1) is a movie that simply speaks for itself. The visuals, the writing and directing, as well as acting are brilliant. Takashi Miike has truly put forth an amazing effort, and proven himself to be one of the best directors of his time. That said, Ichi The Killer is an ultra-violent masterpiece and truly a cult classic. Any horror fan with a strong stomach and an open mind should enjoy this, I know I did!