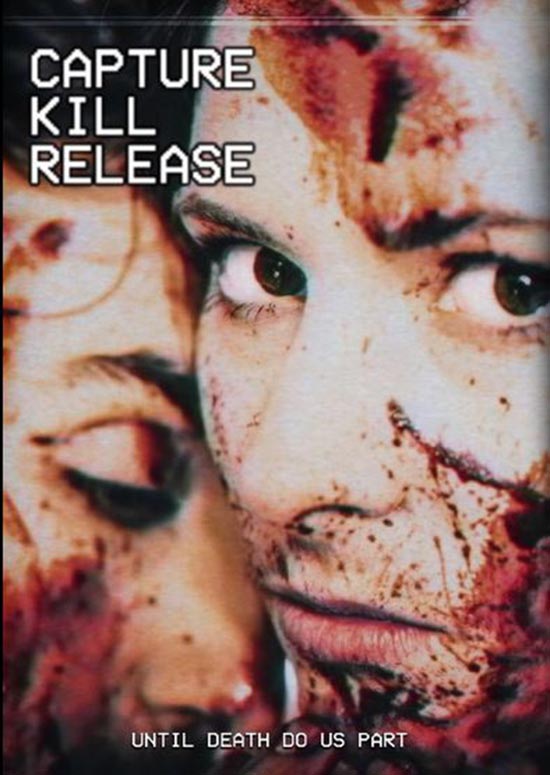 A couple plots to murder a random stranger just for the thrill of it, but things turn ugly when one of them decides not to go through with it.

Capture Kill Release is yet another entry in the found footage genre.  I don’t really have anything against found footage films.  I’ve seen some pretty good ones. But it’s all in the execution for me, and the first issue I had with this film was the extremely shaky camera work.  Found footage is going to have shaky cameras, but this movie took it to a level at times that I thought was a bit too much.  The story is original though and that kind of made up for the extreme shaky cameras. 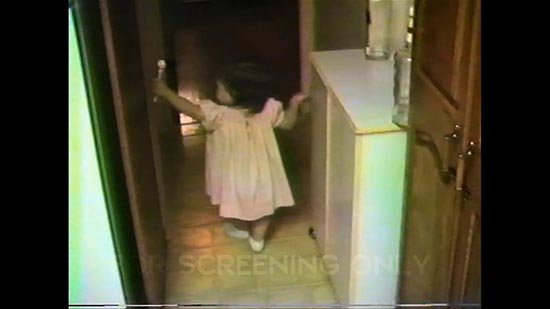 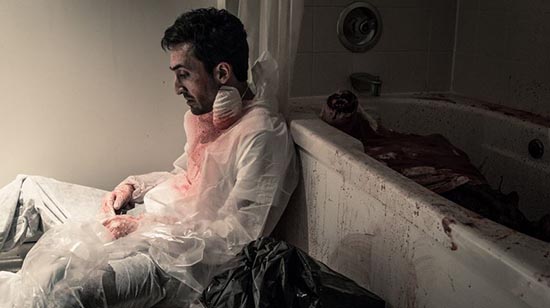 Jennifer (Jennifer Fraser) and Farhang (Farhang Ghajar) are a couple who seem to have a pretty solid relationship in the beginning of the film.  Jennifer is obsessed with killing a random stranger for the fun of it, and she wants Farhang to help her. Jennifer always has her camera on and likes to film everything she and Farhang do. They film themselves shopping in a hardware store for tools and weapons to help them carry  out Jennifer’s murder plan.  Farhang doesn’t seem to like having the camera on all the time as much as Jennifer does, but he learns to live with it.  Jennifer decides to go out alone searching for possible victims and meets a homeless man named Gary (Jon Gates). As she’s talking to and filming Gary, she accidentally bumps a random guy that we’ll call “Rich Guy” (Rich Piatkowski), who happens to be walking by, which causes him to start yelling at her.  Jennifer and Rich Guy scream at each other and call each other names.  This exchange infuriates Jennifer so much, that she decides that they have to kill Rich Guy, so she and Farhang start driving by his house and following him.  They discover that he’s married, but is also having an affair. Jennifer thinks he’s the perfect victim and obsesses about him.  She continues filming every part of their life, which seems to sometimes irritate Farhang. 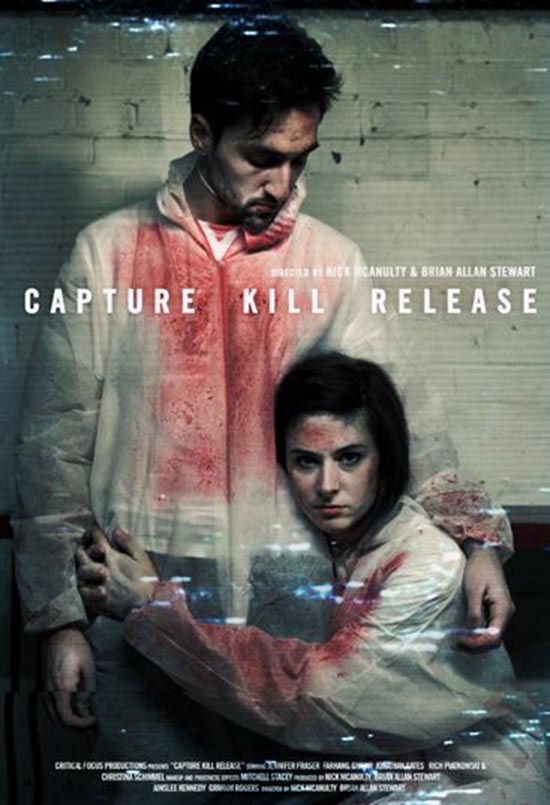 There is a somewhat brutal scene where Jennifer decides to kill a random animal (not a real animal of course), that did bother me a little bit.  I personally didn’t see how this scene was necessary to the story, other than to show what a psychopath Jennifer actually is.  In my opinion, even without this scene, the film proved very well just how crazy and cold blooded Jennifer is.  So just be warned, that the animal scene exists, in case anyone doesn’t want to see that kind of thing. 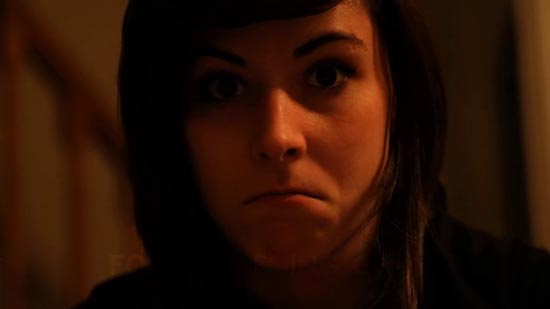 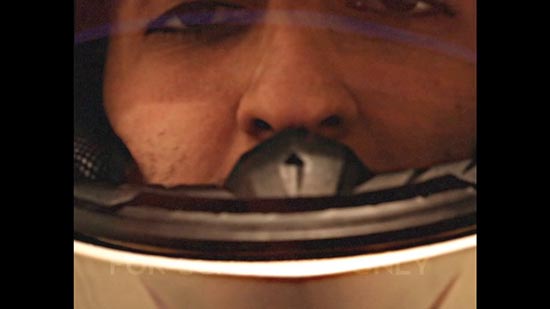 One day Farhang comes home from work and discovers that Jennifer has brought the homeless guy, Gary, home with her, and is in the process of feeding him a nice dinner. This is when I started to feel bad for Farhang, as Jennifer was shoving the camera in his face and yelling and barking orders at him.  She kills Gary and makes Farhang do most of the work, including chopping up the body and cleaning up the bloody crime scene.  Jennifer is obnoxious, clearly demented, and enjoys the thrill of the kill a little too much.  They dispose of the body and Farhang assumes that is the end of their life being filmed and also that Jennifer has satisfied her appetite for murder.

Despite the fact that they committed a murder, Farhang has no idea just how insane Jennifer is until he comes home to find her in the basement with Rich Guy and his girlfriend (Christina Schimmel) tied up.  Jennifer is on a murderous high and no one is going to stop her, not even Farhang.  He tries to reason with her and begs her not to kill them.  She doesn’t want to hear it and her plan goes terribly wrong. 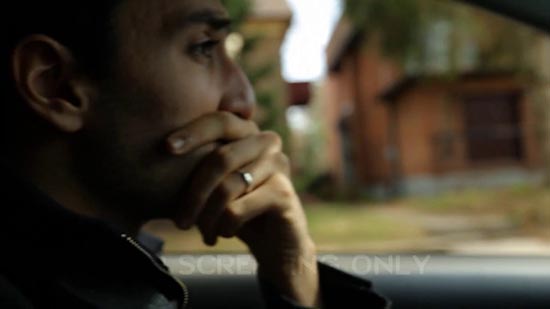 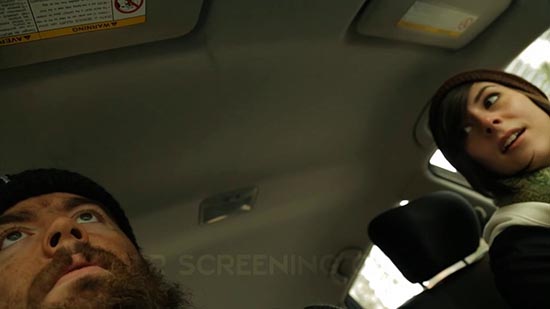 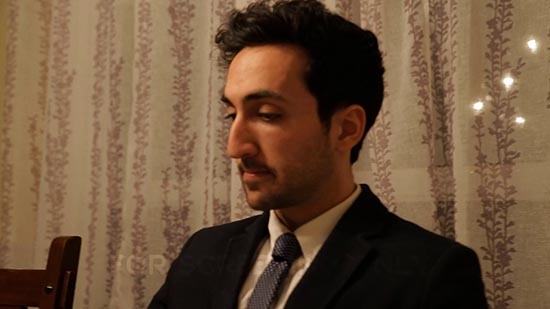 I did enjoy the surprise ending of this film,  in fact that was my favorite part.  Aside from my issue with some of the camera work, I thought the acting was good.  By the end of the film, I really disliked Jennifer, so kudos to Jennifer Fraser for pulling off the over the top psychosis of her character.  Again, I thought this was an original story that I hadn’t seen told before, and I think that’s really what this movie has going for it the most.